Last week, I shared the first part of my #NYRBBookClub picks for January and February of this year. Here is my virtual book club’s March choice, which I co-hosted with Scott (Vivastory) from Litsy.

I first fell in love with Magda Szabo’s writing when I read her The Door (which I reviewed here, buy from Amazon | Book Depository). And so, when it was my turn to nominate an NYRB book for the month of March, this was one of the titles I asked our book club members to choose from:

My other book recommendations were the following:

The Bridge Of Beyond by Simone Schwarz-Bart (Amazon | Book Depository).

All three novels are international titles (translated) befitting our #ReadIntl2020 theme and all written by female authors from Hungary, Belgium, France respectively. I am thrilled that majority of the book club members selected Szabo.

I’m not gonna lie. This is one of my favourite reads, so far, from all the books we have read for our #NYRBBookClub, mainly because I have always had an affinity with the way Szabo writes, especially her themes that touch on womanity, and the intergenerational issues between mother-and-daughter, especially with the latter being successful and the former having a difficult time grasping exactly what that success means and entails. 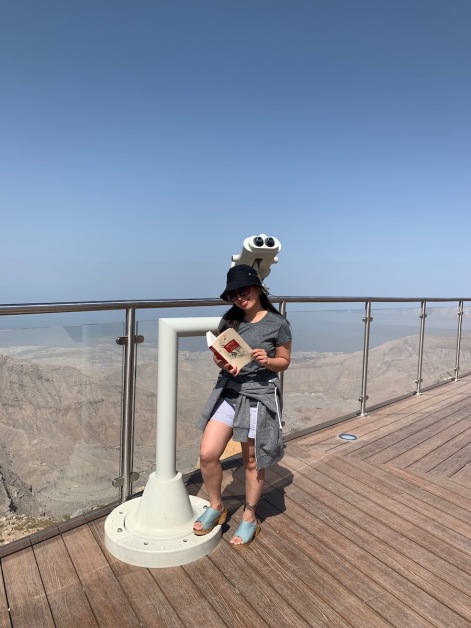 I read this book while spending my birthday week at Ras Al Khaimah here at the United Arab Emirates with family. There is something spare yet powerful in Szabo’s narrative that cut to the quick: seemingly matter-of-fact, yet the emotional nuance is palpable and will leave the reader thinking about the characters even after finishing the book.

I am eager to find out how the other members of our book club found the story, their own interpretation of Iza’s character and her old mother Ettie, who feels increasingly out-of-place in her well-meaning daughter’s world.

I am especially struck by Ettie’s loss of identity as her husband died from cancer, her attempts to be “useful” and needed that are constantly being rebuffed and misunderstood by her kind-yet-cold daughter, and the many ways that both women extend and proffer love and are constantly being unwittingly rejected by a dismissive gesture, an unguarded response; the sense of responsibility and obligation overriding feelings of compassion and connectedness.

While the first two novels for January and February also deal with human relationships – this one showed its fragility and complexity, and the many ways people who love each other deeply continue to hurt each other repeatedly, while being certain and assured of one’s best intentions. This is a powerful read, and one that I am not bound to forget for a long while.

Here are the discussion questions that my co-host Scott (vivastory) and I posted on Litsy: 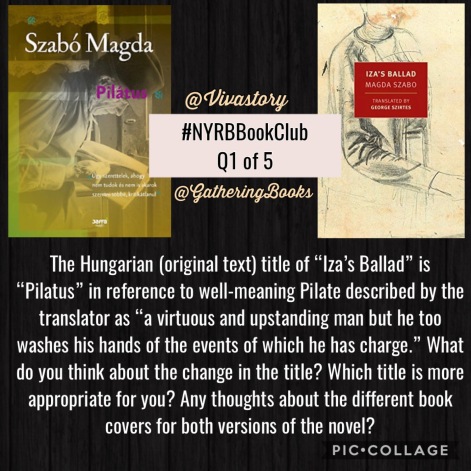 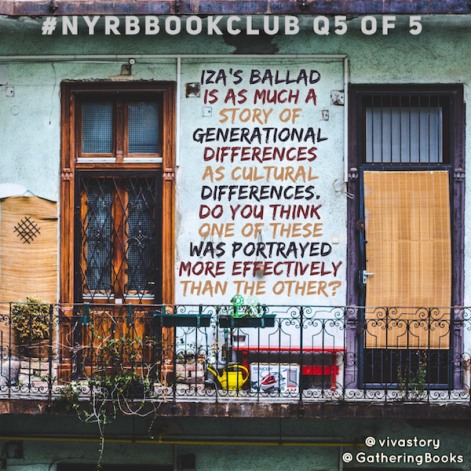 #8 for Language (Hungarian for Iza’s Ballad)