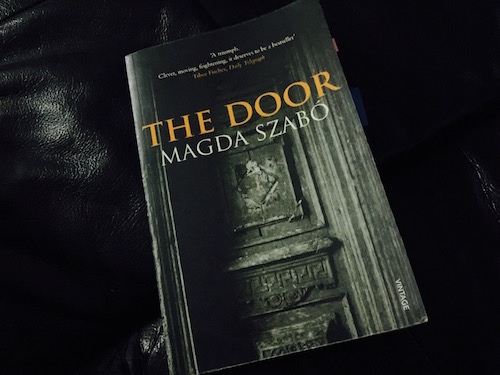 When I read this book while in the island, I really did not know what to expect. It was one of the books that our book club, GatheringReaders at NIE, chose to read during the first half of the year, so I thought I better do a headstart of reading it while I was on leave. I did not realize just how strong the female characters in the story was until I read it – and quite fitting too for our current reading theme. 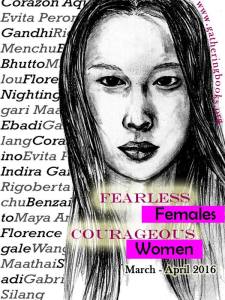 The story revolves around a young female writer who employed a behemoth of a woman named Emerence as her housekeeper. At the onset, it was clear that it was Emerence who held the reins in the relationship. She called the shots: from stipulating her own salary, to the odd hours she kept in managing her employers’ household, the outright disdain she showed in any kind of work that did not involve the use of one’s hands, and the boundaries she maintained and the distance she kept between herself and the lady of the house. Despite her very evident idiosyncracies, she managed to evoke respect from everyone who knew her. She was never without her headscarf, and she had a placid, expressionless face without a ripple in it. Emerence also had a very mysterious past that is so harrowing she kept it buried under layers of intense quiet and her fierce protection of her privacy – so much so that no one was ever allowed to get through her door, no one had access to her private domain that it became the speculation of all the neighbours – was she hoarding stolen treasures? What was it that she guarded so jealously from the public gaze, no one can get through her door? 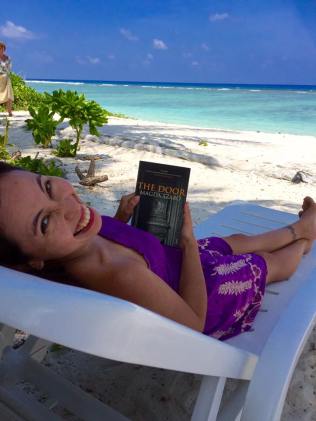 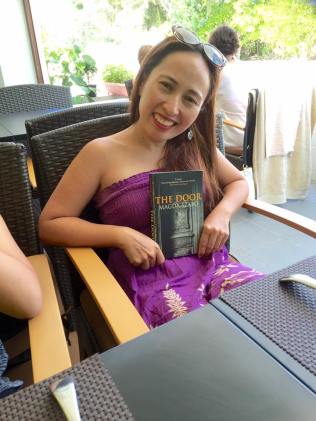 As the relationship between her and the lady writer developed, I felt an increasing sense of foreboding. Primarily because it takes a great deal for the creaking hinges of anyone’s metaphorical door to open to just anyone – it takes an enormous amount of risk, a baring of one’s vulnerability, and a feeling that it is all worth it for a woman so used to being alone to let another person in. And they were worlds different – while the young writer lived on words and air and was an architect of make-believe, Emerence was staunchly anti-intellectual, a brazen labourer who took great pride in scrubbing the floor with disinfectant, clearing stretches of street of snow, and making casseroles for the sick and the infirm. Emerence fixes leaky pipes, moves mountains of bookcases, and repairs roofs and staircases – she seems able to do anything and everything – all with a no-nonsense attitude and a sense of dignity and quiet satisfaction for a job well done. The lady writer even wondered what she could have been, had she been given opportunities as a young person:

As I made my way it occurred to me yet again, with her unique combination of abilities, and her diamond-hard logic, what might she not have done if she hadn’t been so hostile to her own opportunities? I imagined her alongside Golda Meir and Margaret Thatcher, and the picture did not seem at all strange. What I couldn’t understand was why she hid behind a mask. If she were to turn around three times, whip off her headscarf, her smock and her face itself, and announce that it had all been a disguise, that divine command had fixed it on her at birth but thenceforth she would wear it no longer, I would have believed her. And why should I not? (pp. 140-141)

It appeared to me, however, that there was no musing about what could have been, at least from Emerence’s vantage. There was no clear desire to be among the Margaret Thatchers of the world – she took pride in what she did with her life – it gave her a sense of completeness. She only ever wanted a crypt for her deceased family members and herself – a truly beautiful one that would honour them, that’s it. Anything else was superfluous. She just wanted to live her life in peace and dignity.

Emerence was pure and incorruptible, the better self that each and every one of us aspired to be. With her permanently veiled forehead and her face that was tranquil as a lake, she asked nothing from anyone and depended on no-one. She shouldered everyone’s burden without ever speaking of her own, and when she did finally need my help, I went off to play my part in a TV show and left her, in the squalor of advanced illness, for others to witness the single moment of degradation in her life.

The fact that this was stripped off her, her door forcibly removed from its hinges, the stench of decay during her time of illness exposed for the entire world to see – when she has painstakingly tried to live a life of pure and utter cleanliness was perhaps the ultimate act of betrayal.

What perhaps moved me about this novel more than anything was how profoundly both women loved each other – without ever really loving each other. The die has been cast from the very business-like transaction of their relationship; but there is joy, a sense of pride in each other’s little accomplishments even though both take pains to deny this fact and defend it against each other – while the rest of the world sees the exact opposite, and knows otherwise. There is gentle gruffness and a vehement pushing away of the very thing that one wants to draw near and hold dear to one’s chest because it is unseemly and irrelevant and ultimately inconsequential – yet paradoxically, it is the very nature of what they are to each other that consumed both women, transforming themselves in each other’s eyes, and changing the very fabric of who they choose to be in life. This is a novel that moved me deeply – as it fully captures the ferocity of women’s affairs, the staggering savagery of women’s love, and the varied ways the doors in our lives can break down – for good or for worse.