Our featured storyteller needs no introduction. While we were supposed to post this interview in time for our Oddballs and Misfits theme, Academy Award Winning and Astrid Lindgren Memorial Awardee Shaun Tan is also a perfect fit for our new bimonthly theme From Asia with Love: A Feast of Asian Literature. Think of this as a double-feature. 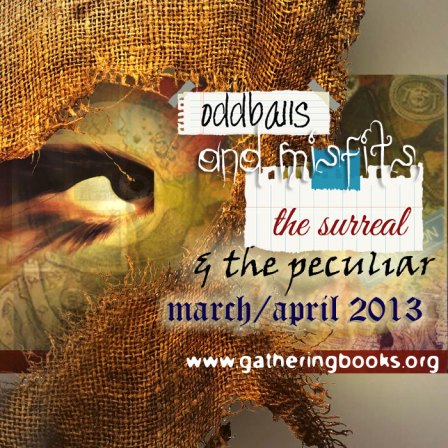 Share some of your lost things from your teenage years.

Ha, I think self-confidence was one – I’m sure a lot of teenagers can relate. It was quickly replaced by self-consciousness and general confusion about my place in the world. I think The Lost Thing reflects that feeling to some extent.

A thought bubble of how “The Arrival” changed your life.

In the first instance, by knocking out a few years of work time! It felt like it would never be complete, it was just such a long and solitary project. Afterwards, the biggest effect was opening my work up to an international audience. Prior to that I was a bit of an Australian obscurity really.

Your position on the place of the odd, the surreal, the strange, the complex, and the weird in picture books for children.

For children, the world is already surreal and accessible through intellectual play, so they don’t think much of the ‘weird’ as being so separate from the ‘normal’. Adults tend to have a harder time with it, as they’ve worked so hard to become normal and understand the world around them – by filtering out weird nonsense. However, I think we have a lot to learn from children’s open-ness. I also think you can never underestimate the complexity of children’s thinking. Just because they can’t articulate things, doesn’t mean they aren’t quietly thinking them.

The sacred space where Shaun Tan’s strange ideations are born and come alive.

A messy front room in a suburban house.

What is your red tree?

I think any idea of ‘home’, which includes my wife and family, pets, things I like and things that offer security, as well as some kind of unknown inspiration, or just a feeling of optimism. That’s a big question – it’s no one particular thing. I think that’s why the concept works, it’s infinitely adaptable.

Thank you, dearest Shaun for sharing your thoughts with us and for inspiring us to be true to our strange odd little selves.