After reading the book, I tried looking for images on google using keywords such as: post world war II London, catford street, London street images – but came up with very little (surprisingly). I suppose I wanted to match the image of London as described by Rumer Godden in her book with actual photos as researched in the Internet.

The book is quite long but I was able to finish it in three-four evenings. It was not as riveting as I had hoped in the beginning, but the momentum slowly builds up – which is odd because the pace of the writing remains the same – yet you feel this surge of excitement as a reader, engaging you to find out what happens next to the little sparrows who dared fly out into the nightwinds.

Setting. Imagine post world war II London streets – the city has just been bombed, and there are ruins of schoolhouses, churches, buildings that litter the fastidiously-pristine face of London.

The class divide is very clearly evident with this line from the book (p. 4):

Mortimer Square, gracious and imposing, with its big houses, stood, like many other London squares, on the edge of a huddle of much poorer streets. That had always bothered Olivia. ‘It’s too rich’ she said, meaning the Square, ‘and too poor’ meaning Catford Street.

Yet despite this, the book has a lighthearted feel to it that defies the societal context in which it was written. There is that sense of ‘rising above’ (dare I say transcendence) that negates all the supposedly-negative vibe that emanates from what should have been a tragic setting. No melodrama, no simulated emotion, just the stark innocence, wide-eyed sharing of what is. And the clarity of childhood. Let me quote again from Olivia’s words (p. 13) – I believe this captures how children/sparrows are characterized in the novel:

Olivia divined something in children – not in her nieces and nephews, Noel’s children, who were precocious and spoiled – but in the children who were let alone, real children. Though she knew from Angela’s dealings with them that they were blunt, even rude – as I am myself, thought Olivia, they seemed to her truer than grown-ups, unalloyed; watching them, she knew they were vital; if you were with them you would be alive, thought Olivia.

I can not agree more. I have this special connection with children that I can not explain. I just see them. And enjoy them and feel freer than most when around them.

pitched squeals, wrestling-hugs that knock you down unconscious, and brutal honesty that grown-ups find difficult to emulate but just can’t.

The inspiration for the book. The Author’s Preface effectively conveys the plot that technically moves the story along. She related that she liked walking the streets of bombed-out London and spent a lot of time listening and talking to the children “those little London sparrows.” She recalls receiving a call from the two ladies who lived in the square who unceremoniously told her that the earth in her window boxes had been stolen from the gardens in the square. Godden shares: “The elder of the two ladies, who wore a hat with blue feather wings, spoke those, to me, memorable words: ‘If you want earth you can buy it from the Army and Navy stores, seven shillings and sixpence the carton.’” Thus, the character of Miss Angela Chesney (officer of the Garden committee) was born.

Lovejoy (and Tip). Lovejoy is not your typical child. Waif would be a better word to use, really – with all its vibe of abandonment, neglect, and wretchedness. Yet Godden does not despair in the writing – instead she focuses on other things, like Lovejoy’s keen sense of the aesthetics without sacrificing value for money (good solid pumps are preferable, but sailor caps should be bought too since “Sailors are fashionable this year”), her wonderment and open-eyed awareness of things around her (naïve but not quite), and the complexity of the woman-child struggling within.

Snippets of how unloved Lovejoy is (what a fitting name) are more powerful than full-blast maudlin scenes, that I almost feel like there is a surreal-poetic quality to her suffering. Such is the subtlety and the texture of the storyline that while it touches a core within you that cries out in anguish for this little child’s pain, you don’t shed a tear because there is a garden that needs tending. A secret secret garden where jiminy crickets bloom with stolen earth (despite earth’s being ‘common’ thus owned by all). It is beautiful how a child devoid of motherly squishies and kisses and yes “kitten-dances”– could be this fiercely loyal and nurturing. She has developed this rough exterior that makes her survive out in the streets, with her uncanny sense about people and their innermost sensibilities. Yet notwithstanding the rough-edges, she remains this dreamy, inquisitive child with the sensitive heart that breaks and rebuilds (on its own accord) every now and again. This scene here is what moved me:

Though the bedroom was perfectly tidy she began to dust it again, wiping down the window with her duster. The glass was dirty with steam and smoke, and slowly, with her finger, she began to write on it. Mother, wrote Lovejoy. Mother. She got as far as the second M when the letters all ran together in a blur. She rubbed them out with the duster and then knelt down, her head on the window sill.

She had meant to cry, but before any tears could come she saw on the sill, level with her eyes but hidden under the curtain where it had been forgotten all these days, the pillbox of seeds.

So yes, no time for needless sentimentality, girl, there is earth to tend to, a secret garden that needs some loving, and colorful flowers to grow.

Tip, on the other hand, is your typical gentleman gangster at age eleven  – tough yet gentle, mischievous yet noble, rough yet weak-kneed when it comes to … of all people, Lovejoy. Two unlikely street urchins finding a home in each other.

These two beautiful sparrows reminded me of what it’s like to be young and in love. When “love” is not love the way adults define it – when it remains to be that hollow feeling in the pit of your stomach (that isn’t brought about by hunger), seen in the way the boy gently (but with a dab of irritation) takes dirt out of the girl’s eyes, and patiently waking up at odd hours to get ‘dirt’ because that is what the little missus requires. This is how beautifully Rumer Godden describes it:

“…he became both weak and strong. The weakness seemed to come from somewhere above his stomach, where his counterpart, Adam, had lost a rib, perhaps, and it was sweet and powerful, a tug, as if the rib were attached and pulling; it made him do “Anything,” said Tip helplessly. Wrong things, silly things. Well a man can’t go against his own rib, he might have said.”

Narrative Style. For a book that was first published in 1955, the book has a postmodern feel to it with the non-linear retelling of the narrative, the shifts in perspectives and voice orientation. If it were to be made into a film, it would definitely be pegged in the indie, postmodern category with the sudden shifts of timeline voice-over narration, and overarching storyline. Thus, an early reader would most probably have a difficult time with the book. In fact, it was initially meant to be an adult novel, until it was reclassified as young adult fiction in its republication. 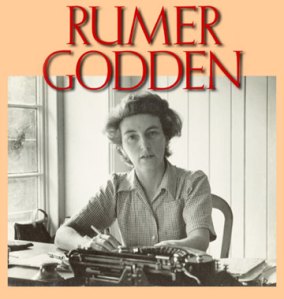 to life’s realities stripped of sentimentality. Truth be told, I had my doubts somewhere in the beginning whether it is something that would hold my attention and engage me, and now I realize that this is classic craftsmanship in writing – with subtle imageries, constant moving around of the voices, and the authenticity of the child’s youthful voice ringing out in the pages.

The Audacity of the Sparrows’ Spirit. What strikes me the most about this entire tale is the sheer audacity of Lovejoy to even crave for beauty and to be happy and carefree. How dare this abandoned young ‘un to even want color, pumps, alyssum and African marigolds? Such impertinence. It shows the unlikely triumph of the neglected spirit to rise above mundane things. This is mirrored as well in the character of Vincent and his passion for refrigerators and fine cutlery – so much so that the frail, pathetic, piteously-huge class divide forces one’s eyes open to how strikingly-disparate the realities are.

Then you find plain, old, sickly Olivia in the more affluent part of the town, with all her trinkets, doilies, spacious rooms – and insufferable –near-perfect sister, Miss Angela Chesney who is able to command even a rough-hewn stone to bend at will because she asked it to. Olivia, who, in her old age, is craving for something real, something true. Lost in all the niceties, proprieties, and all that wealth passed on to the next generation and the next and the next – the spirit of what is significant, what is ALIVE, what is joyful – seems lost in the fineries, good graces, and such tremendous air of superiority you have to be born with it, it can not possibly be taught. A perfect illustration of it is Miss Angela Chesney’s explanation as to why orphans, waifs, poor people deserve to be pitied:

“ ‘Because they are destitute, which means they have nothing. Nothing at all,’ said Angela, ‘except what some kind person chooses to give them. You should be grateful and not criticize,’ said Angela.

‘But I can think?’ said Lovejoy. She meant it as a question but it sounded bald and rude.”

Yes, is she even allowed to think? At all? Thus, the desire of Angela Chesney for this little girl’s spirit to be “broken” – she is way too cocksure and independent. How dare this poor girl display such arrogance and fullness of spirit and certainty/clarity of character.

Endnotes. An Episode of Sparrows pokes and prods one’s sensibility in little snapshots of despair, glimpses of beauty-that-could-be, and the careworn attempts at niceties and dignity of character rising above the Earth. The terrestrial earth that is common to all. Not the one bought from the “Army and Navy stores, seven shillings and sixpence the carton.”