This novel was our January #NYRBBookClub pick over at Litsy, founded by Scott (@vivastory) and co-hosted last month by @merelybookish. I loved the discussion questions raised and the deliberate pairing of the psychoanalysis-inspired images: 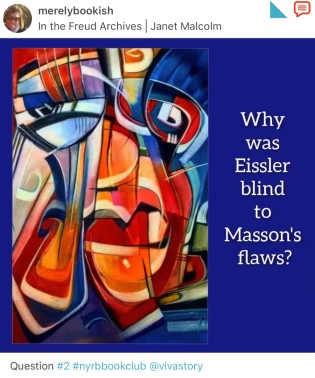 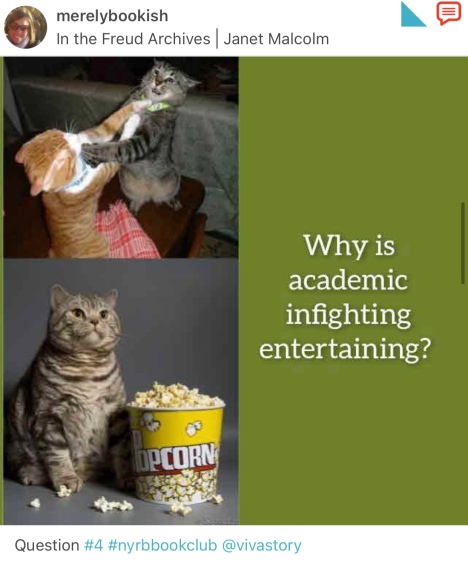 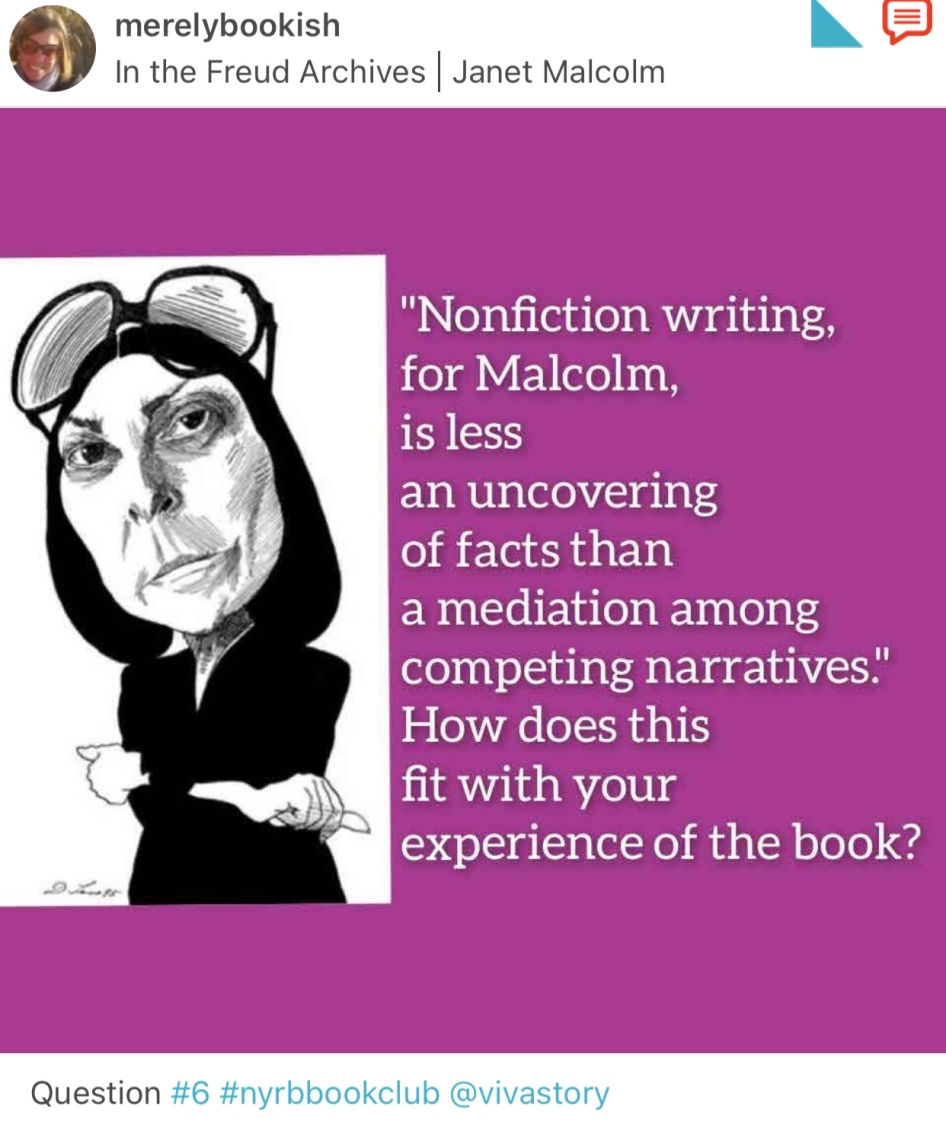 Over and above the entertaining “academic infighting,” I was especially drawn to the facts surrounding Sigmund Freud’s questionable and glaringly-unethical methods and his salacious past (not to mention his substance abuse). I was highly impressed by the manner in which Janet Malcolm narrated the events as they unfolded, and her portrayal of the way these male academics were either out to destroy Freud or preserve his so-called legacy in the field of psychology.

The fact that Janet Malcolm provided an alternative lens that was a shift from the male-centric, misogynistic, dominance-assertion gaze was thoroughly welcomed by this reader. Freud’s treatment of his women patients, his ‘analysis’ of their trauma perpetrated by other male academics’ negligence, only served to demonstrate how Freud is the Master Gaslighter of them all. The fact that Freud remains largely revered by an academic community that should know better speaks volumes about accountability and the patriarchal society that we still live in – notwithstanding supposed claims of advancement and societal progress.

The Afterword which continued the narrative further with everything that Janet Malcolm had to endure from Sanskrit scholar Masson essentially brings the writer into her own investigation/writing – which I felt, added even more nuance to this entire non-fiction narrative which I found to be absolutely riveting and compelling. Definitely a solid pick for a book club discussion.

0 comments on “[NYRB Book Club] In The Freud Archives”