A few days back, we launched our October – December reading theme:

Horror and Deliverance In Books

We are on the look-out for books that fit the following deliberately-nebulous criteria:

I am glad to be pairing these two delightful creepy picturebooks that focus on the nature of monsters and monstrosity – and yes, Frankenstein for Children! 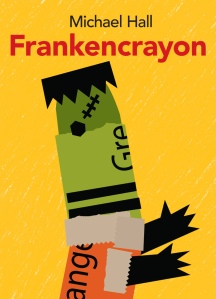 This book published in 2016 begins with the delightful premise that the “book has been canceled.” I immediately Googled when the so-called “cancel culture” started, and it was apparently back in 2015, which makes me think that Hall’s choice of words was deliberate.

Given the crayons’ murmurings of discontent with the book being discontinued, they need to naturally tell the story as to why the book is being canceled in the first place. Brilliant! Naturally, they had to start from the beginning, with all the characters in their proper place, and Frankencrayon waiting to jump out at the exact right moment in page 22. 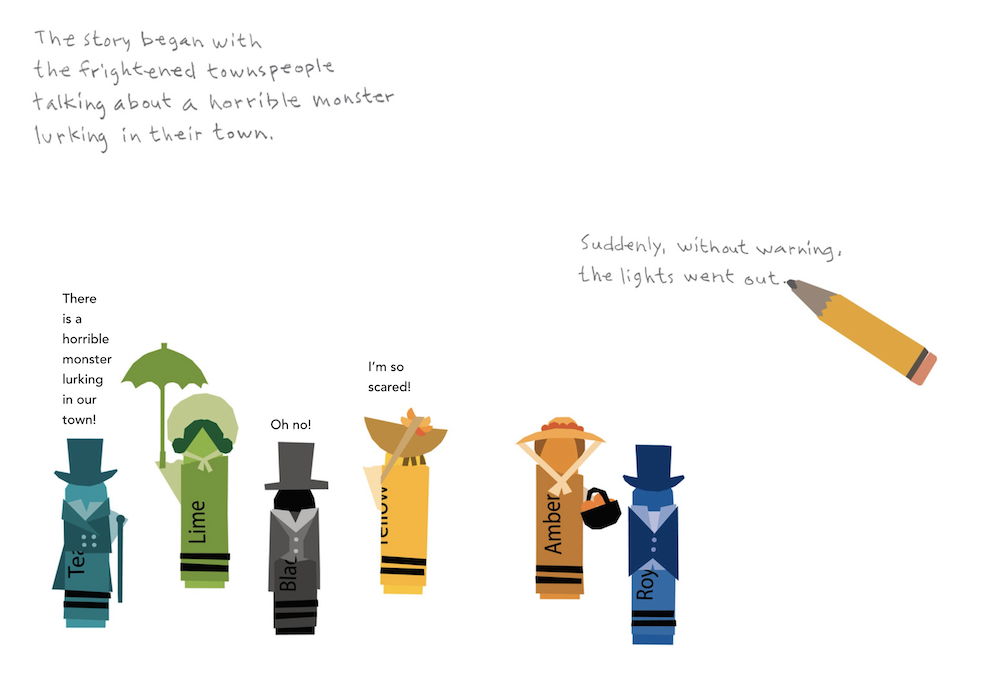 I love the suspense, the pacing, the overall voice of this picturebook: one of those titles that is just begging to be read aloud with expected squeals and giggles from wide-eyed and attentive young readers.

It appears that the culprit is an ugly scribble that keeps on getting bigger and bigger, convincing the characters that they have created a monster! Hence, the appearance of Frankencrayon in page 22, on cue of course, was almost anti-climactic. The way that Frankencrayon dealt with the monstrous ever-growing scribble had ME convinced that Michael Hall of Red: A Crayon’s Story (Amazon | Book Depository) fame is a genius.

Have you read this book to young readers? What did they think of it? 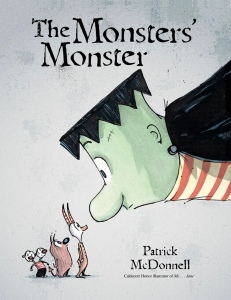 Once there lived three little monsters who are forever competing and arguing as to who is the baddest, fiercest, and most miserable among them. They are aptly named Grouch, Grump, and two-headed Little Gloom ‘n’ Doom.

To end the debate, the monsters decided to create the monster to end all monsters: it is going to be “the biggest, baddest monster ever” – their very own version of Frankenstein.

Oftentimes, however, what we set out to make does not usually end up being what we envisioned. As the pop song goes: “we don’t always get what we want, but we get what we need.” This is another delightful story that is brimming with so much humor and childlike glee. It has all the makings of a classic. I cannot believe I have only read this now, seeing that it was published in 2012. Definitely a keeper.

0 comments on “Frankenstein for Children by Author-Illustrators”