So, I’ve had this book sitting idly on my shelves for awhile now. Once again, our reading theme has allowed me to go scrounging on my TBR bookshelves (yes, they are not stacks, but rather shelves and shelves of to-be-read titles, isn’t that delicious?). It also happened to come at the perfect time, just when there seems to be a growing shift in the world’s consciousness, or so we hope.

Octavia Butler was said to have irrevocably redefined and re-shaped the science fiction narrative, but I have to confess that I have yet to read her original stories. While I have her parable series, I do not think I own the original version of Kindred. 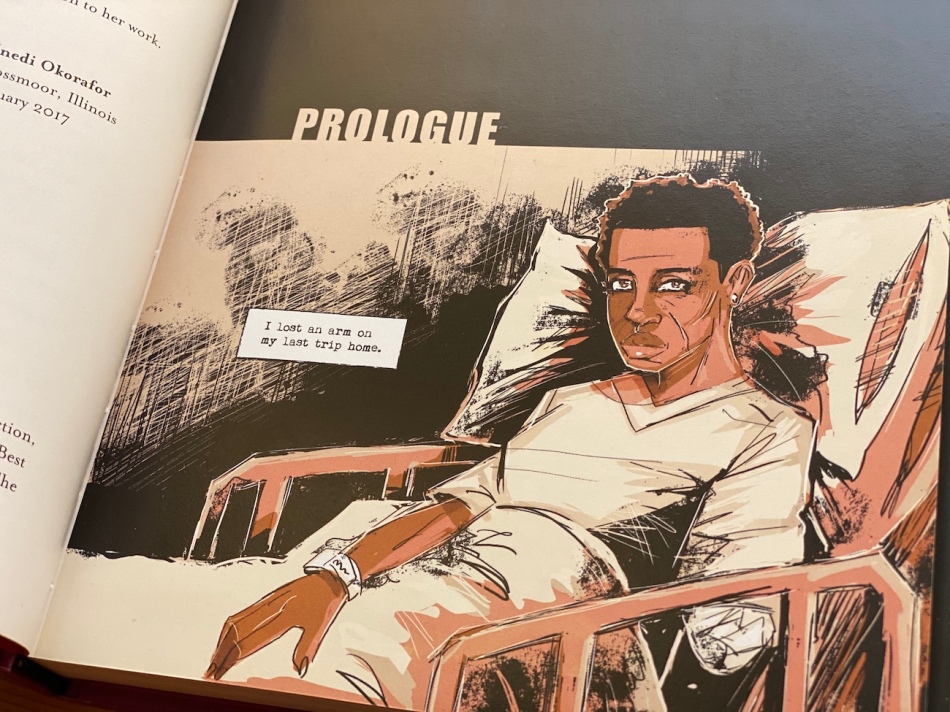 Regardless, I felt that this was powerfully and intensely reimagined, judging solely from my visceral reaction to Jennings’ art. The time-space continuum was ruptured in this story – but rather than move forward into the future, Dana, the Black woman protagonist was transported to a Southern plantation in Maryland, when White supremacy took on a historically-horrific form. 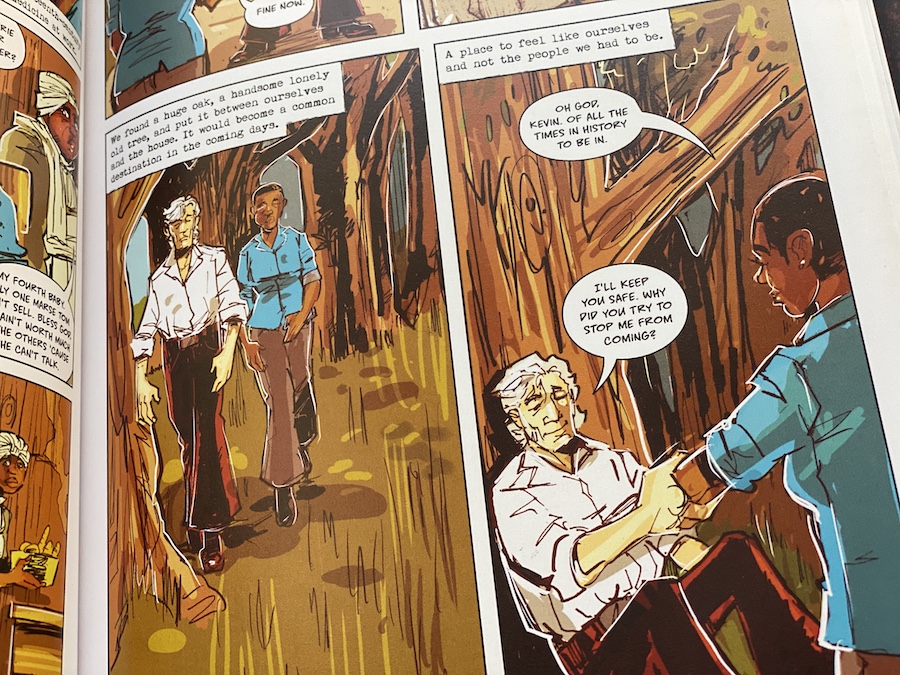 Reading the book made me wonder: what would we have done differently if we were transported into a period in history that clearly normalized and justified evil? Do we even have to move backwards in time to experience this same normalization and rationalization of evil? Isn’t this narrative so staggeringly contemporary, it hurts in all the raw places?

The graphic adaptation is meant to affectively move the reader. I know that others may argue that one’s own imagination may be even more powerful than what is already transmuted into lines and colours and images – yet, Jennings is such a master of his craft that I don’t think I will be able to read Kindred (whichever form/adaptation) without these portraits that he created swirling in my mind. A must-read for everyone.

1 comment on “A Graphic Adaptation of Octavia Butler’s “Kindred””