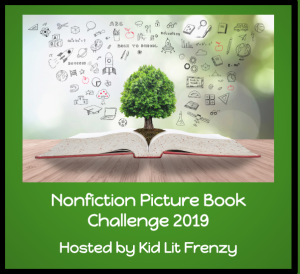 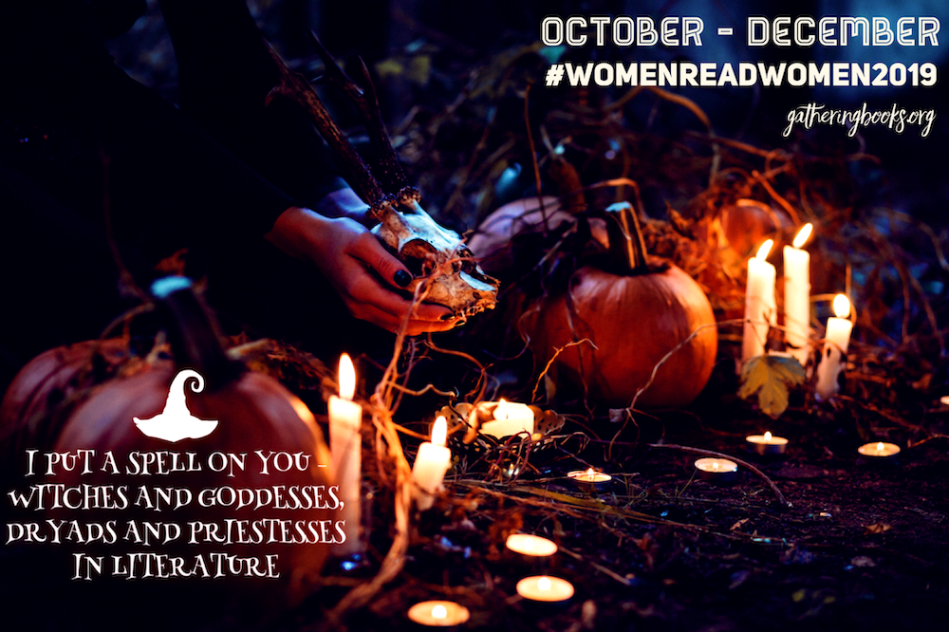 I have always wanted to read this title ever since Fats shared it a few years back. I know I am late to this recycling party, but as they say, better late than never. 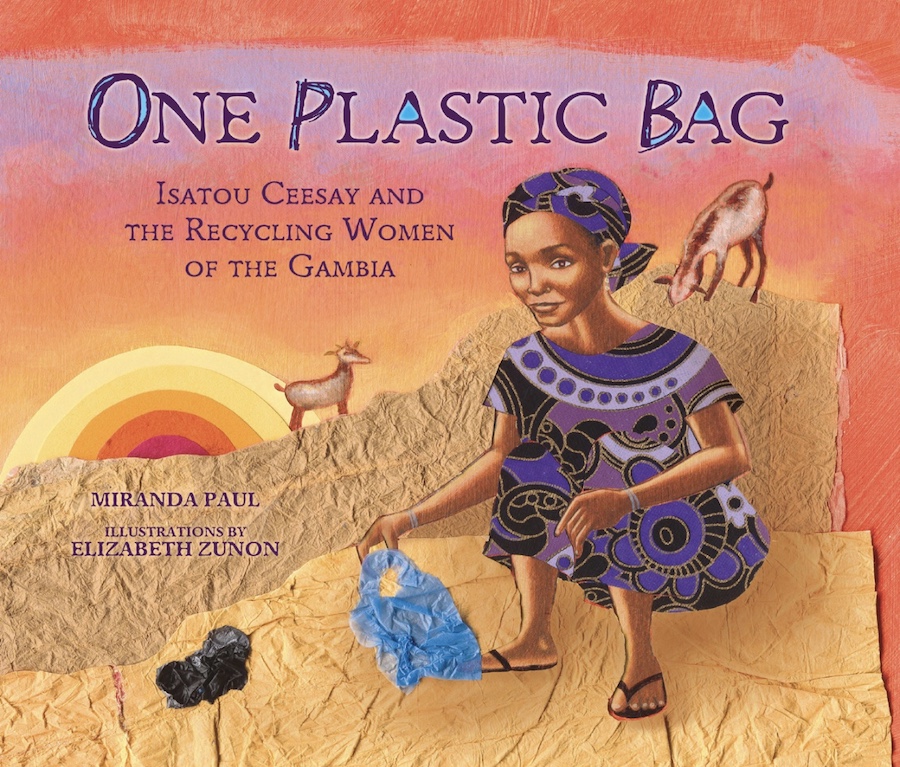 One Plastic Bag: Isatou Ceesay And The Recycling Women Of The Gambia

In this story, the recycling women of Gambia gathered together not to cast a spell, but to use their craftsmanship and resourcefulness to solve their community’s problem. In the Historical Timeline found at the end of the book, it appeared that the issue started to surface sometime in the 1970s when the mounds of garbage and plastic became pretty overwhelming around Njau in particular. 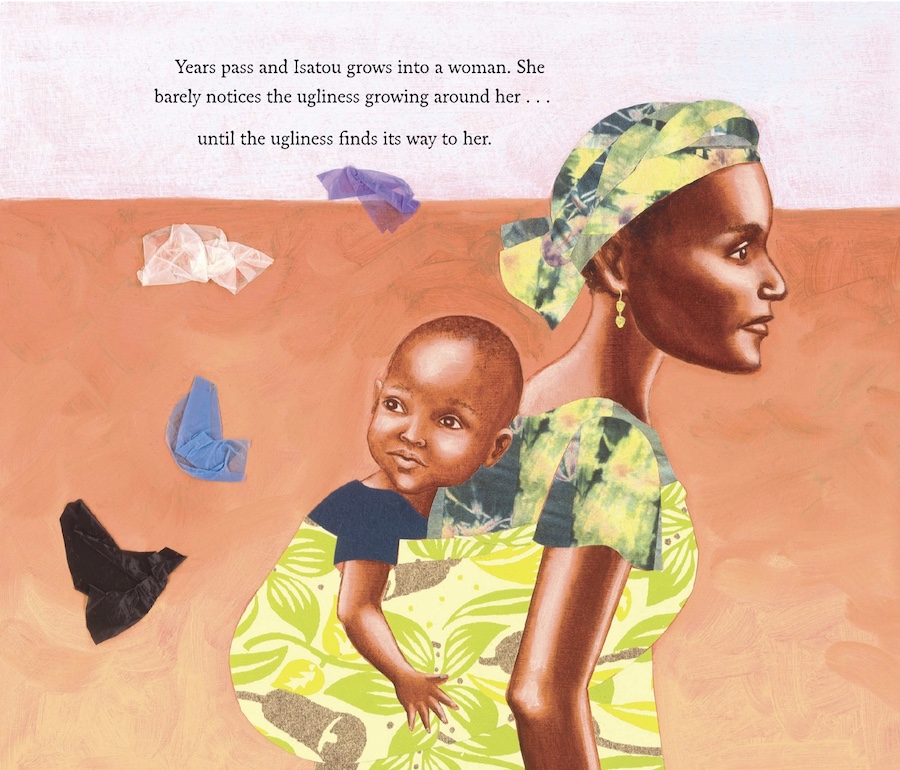 In Miranda Paul’s narration of the story, it was shared how Isatou even found the floating plastic in the beginning when she was younger, as colourful and pretty. However, the fact that it can not be one with the dirt once it is disposed became a huge problem, especially when the goats started rummaging through garbage and consuming plastic, effectively poisoning them. 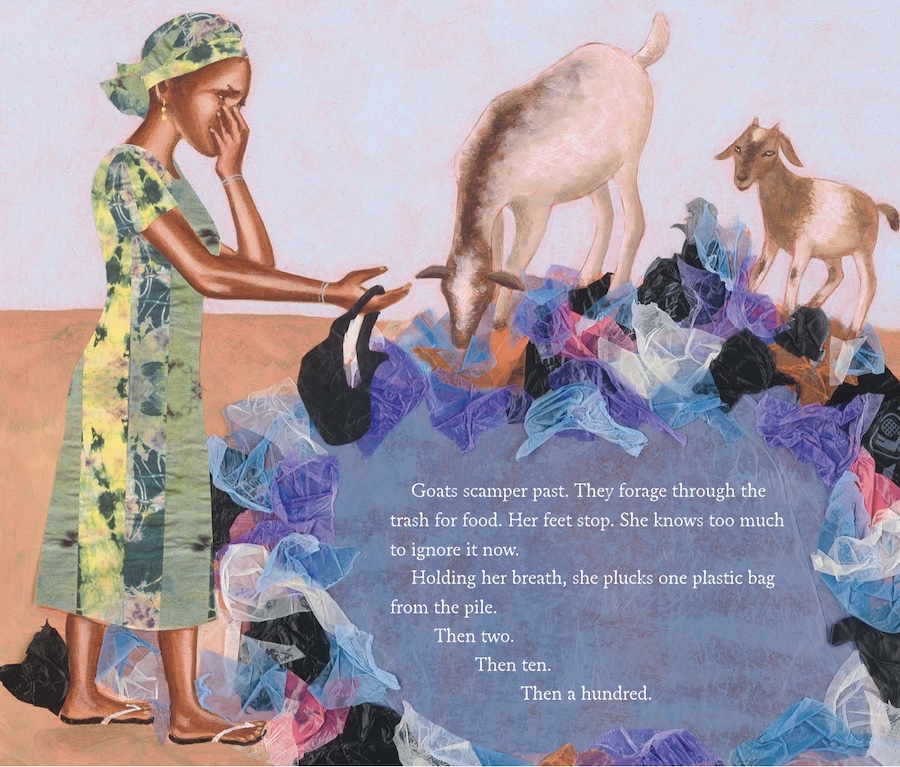 It can be deduced from the narrative how the lack of awareness and education about the ill-effects of plastic is an even bigger issue in the community. Rather than despair, Isatou took it upon herself to transform garbage into something useful and beautiful – with the support, assistance, and active help of a few women who believed in her vision – even as others laughed at the absurdity of their idea. 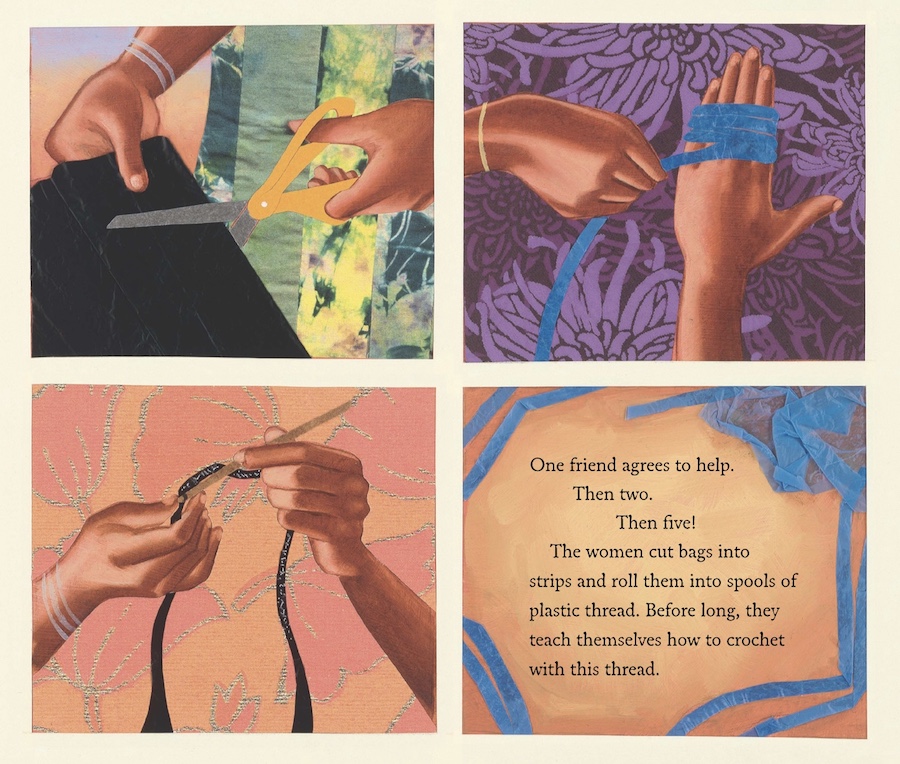 I especially appreciated the can-do attitude of these recycling women who saw a problem and fixed it, one less plastic at a time. The Author’s Note indicating what inspired the creation of this story was also a welcome addition, providing a bit of authorial context to the narrative. Teachers would also be happy to note that there is an extensive backmatter that provides additional links and resources, as well as actual photos of Isatou Cessay and the women of Njau.

#WomenReadWomen2019: United States of America (both author and illustrator are from the US)