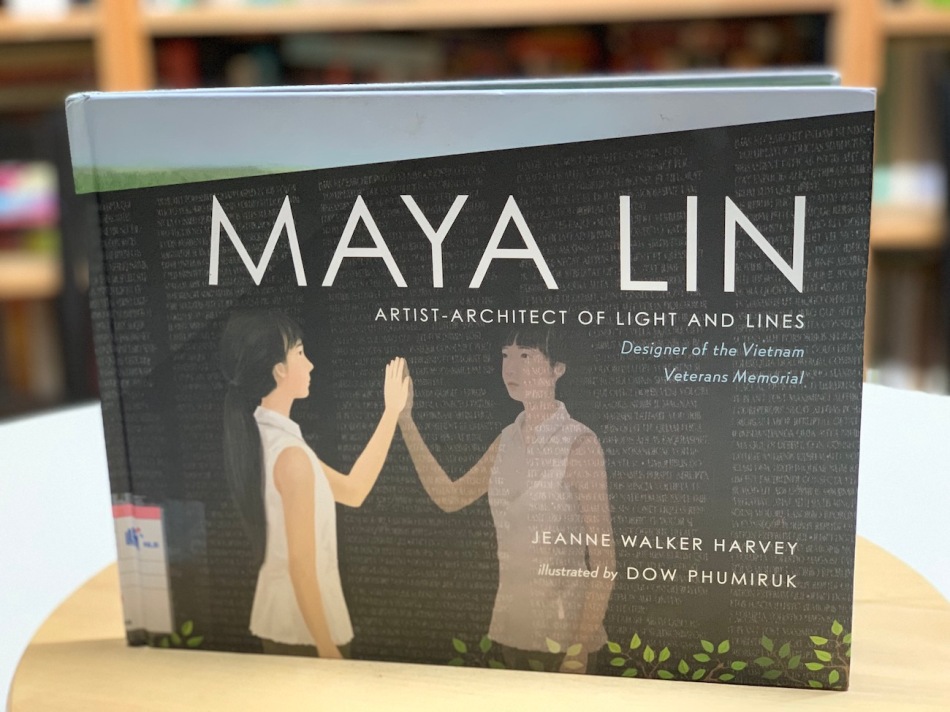 Maya Lin: Artist-Architect Of Light And Lines (Designer Of The Vietnam Veterans Memorial)

Maya is described as a child who loved the outdoors, going for long walks in the forest, listening to birds, squirrels, and chipmunks. She also had a supportive and enriched family environment, with immigrant parents who came from a restrictive country and now taking full advantage of America’s comparatively progressive and relaxed social environment.

Given this kind of upbringing, Maya flourished and excelled academically. I especially love this image below, showing Maya standing in awe at the library, dreaming of how to create “buildings with art, science, and math.”

During her last year of college, Maya submitted an entry for a competition to design a memorial to commemorate the soldiers who fought bravely and perished during the Vietnam War. She imagined it to be “a knife slicing open the earth” hence, a wound made visible for all to see. 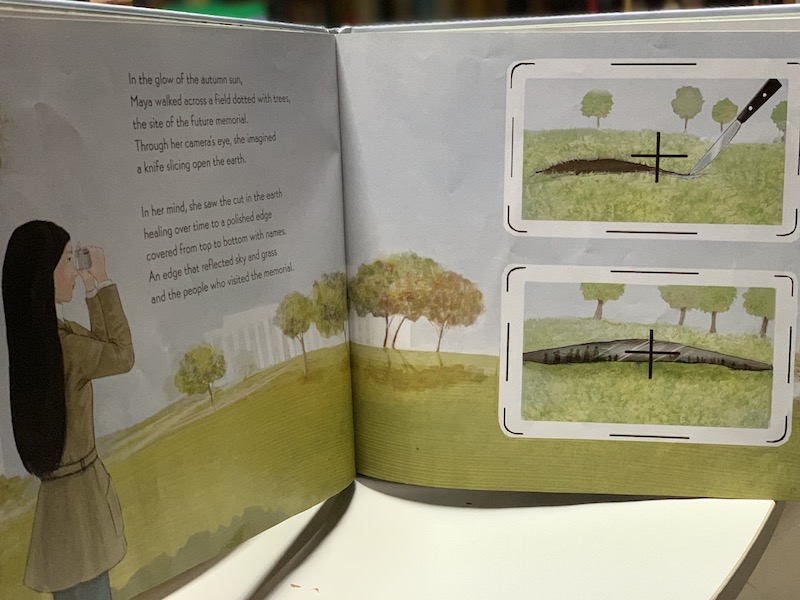 When she won the competition, I was amused to see how shocked the judges were that she was so young and still in school. Naturally, the pool of judges, at least as shown in the illustration, consisted mainly of male professionals, predictably.

While she encountered a great deal of resistance in actualizing her vision, despite her having won the award, Maya persisted, and the Vietnam Veterans Memorial became the first of the many designs she would make in her architectural career, redefining what it means to be a woman in a male-dominated profession.