Since the word brotherhood has been overused throughout history, I am referring to our shared humanity here as sisterhood under the stars and the skies as portrayed in glorious picturebooks.

Under The Same Sky

Buy Under The Same Sky on Amazon | Book Depository 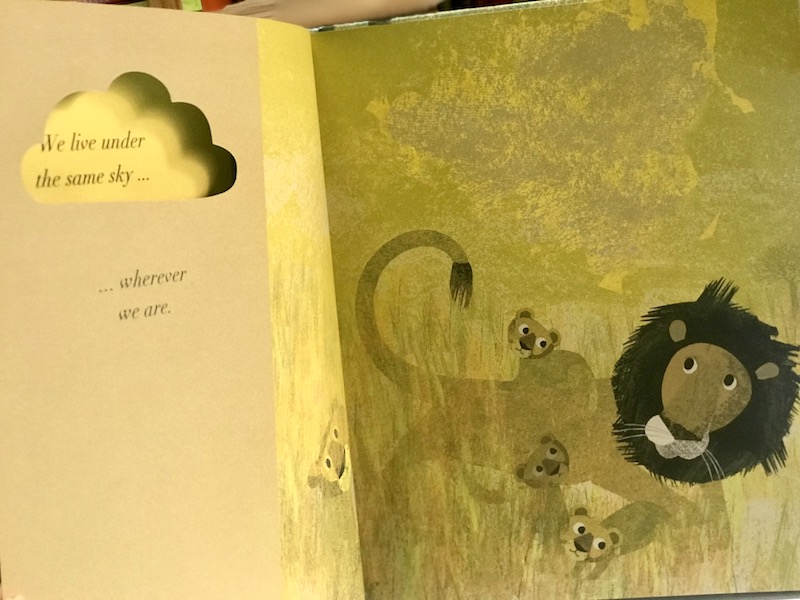 There is a rhythmic quality to the narrative that would appeal to younger readers, a chorus of the things that connect us, bind us together – different creatures breathing the same air.

While the message is one that has been shared before, what makes this unique is the overall layout and design of the book along with the whispered message of similar storms weathered, and same games played – wherever we happen to be in the world. 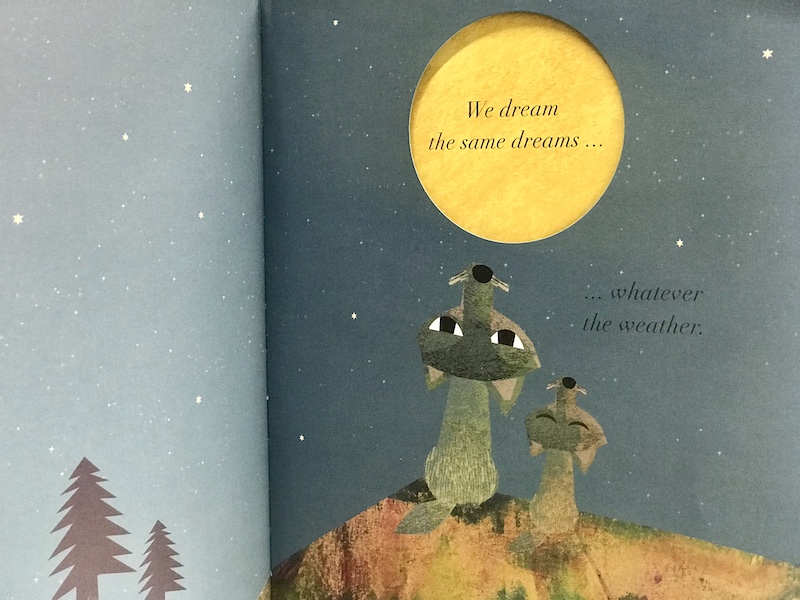 Somehow, Teckentrup managed to make the message sound new to me, despite my hearing this repeatedly in other stories.

The Stuff Of Stars

Buy The Stuff Of Stars on Amazon | Book Depository

This is a book that refuses classification: it is a celebration of every single living thing that is around us – how it formed into existence, as told in lyrical verse, that is unapologetically sacred but also truthful.

It has condensed something complex into something accessible. I would not call it magical, although it has resonances of the fantastical in it – but more the beauty of science, the poetry in creation.

You took a big breath

of the same air

that were once salty seas.

once the carbon in a leaf.

I don’t know when was it that I felt just how small I am – a mere speck in the universe; yet that feeling was accompanied by a sense of magnitude, the profound knowledge of my connectedness with everything around me – that feeling was evoked once more, when I read this glorious picturebook. Find it, read it, and revel in our shared sisterhood.

#WomenReadWomen2019: 22 of 25 – Germany (Britta Teckentrup was born and currently lives in Germany)