These two picturebooks introduce readers to Zoe and her sister, Addie. From sharing a bedroom to chasing each other in the playground, these books about two sisters are perfect for our current reading theme on sisterhood and female bonds. 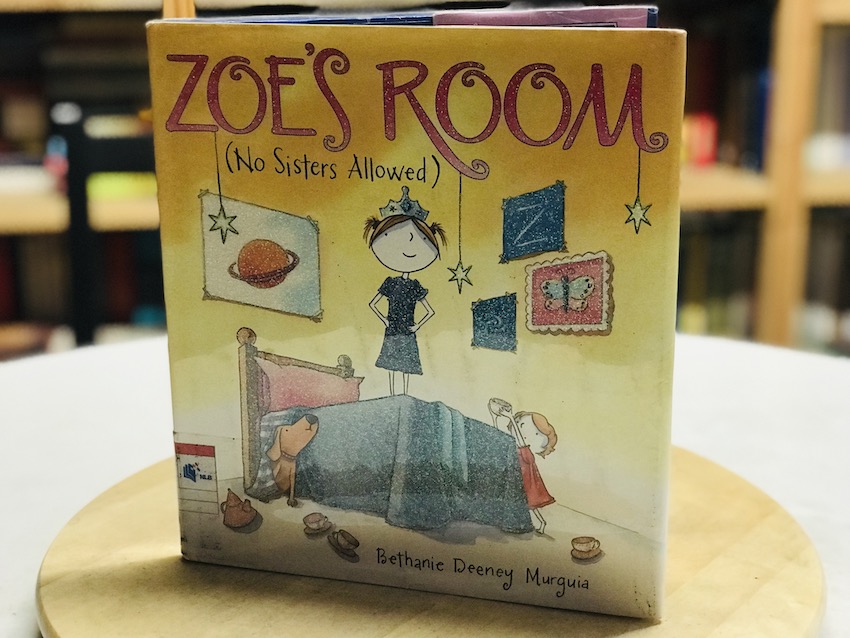 Zoe is perfectly comfortable in her own bedroom: she is happy with her routines and values her space for building empires and setting her table for tea with her make-believe royal court. Things change, however, when her Mother decided to move younger sister, Addie, into her inner sanctum. 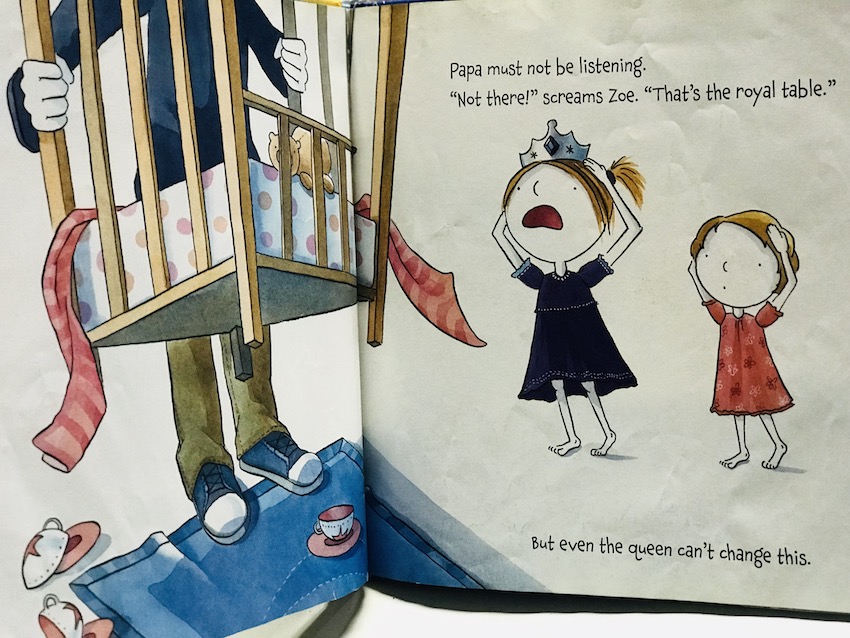 Suddenly, everything is upended and Zoe feels helpless about the sudden disruption, the fact that she now has to tiptoe inside her own bed, and that the slightest of noises can make her roommate go “Waa!”

How Zoe adjusts to the transformation of her No Sisters Allowed rule, I shall leave for you to discover. While I am not a huge fan of the minimalist art and the stark white faces of the characters, I thought that the story rang true.

Zoe and her sister, Addie, are in the playground when their mother announced, quite clearly, that they are leaving in five minutes.

Zoe encounters a conundrum, though, as she has just spotted a rare creature called an Addiebeast that she feels she needs to capture before the five minutes are up! Like all mothers, there is a countdown of sorts to prepare the girls for leaving. Any parent with young children would be able to identify with this strategy, which we can only pray will work during the best of times.

Whether Zoe captures this rare creature, the Addiebeast, before her time is up, I shall leave for you to discover. I like this one better than the first book. It does appear that Zoe grows on the reader.

0 comments on “Zoe’s Room and Jungle: Sisterhood in Picturebooks”