I had a chance to review Maple by Lori Nichols sometime in 2015 when I served as a second round judge for the CYBILS (see my post of the shortlisted titles in 2014 here including Maple).

While I am aware that the book is now part of a four-book series, I am happy that the books found me now for our current reading theme. 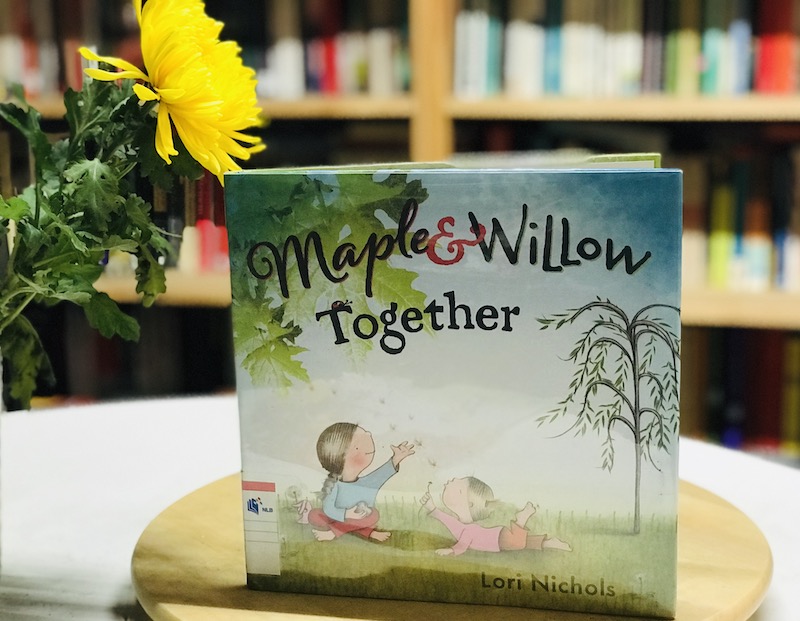 The story starts out sweet with Maple and Willow spending time together, from the minute they wake up in the morning until the time they fall asleep, sometimes even in each other’s beds. They are so joined at the hip that their parents even think they share their own invented language.

I like how both girls are often depicted to play outdoors, in the sun, enclosed by nature. Inevitably, their togetherness led to disagreements: who gets to decide what sort of game is played and how. 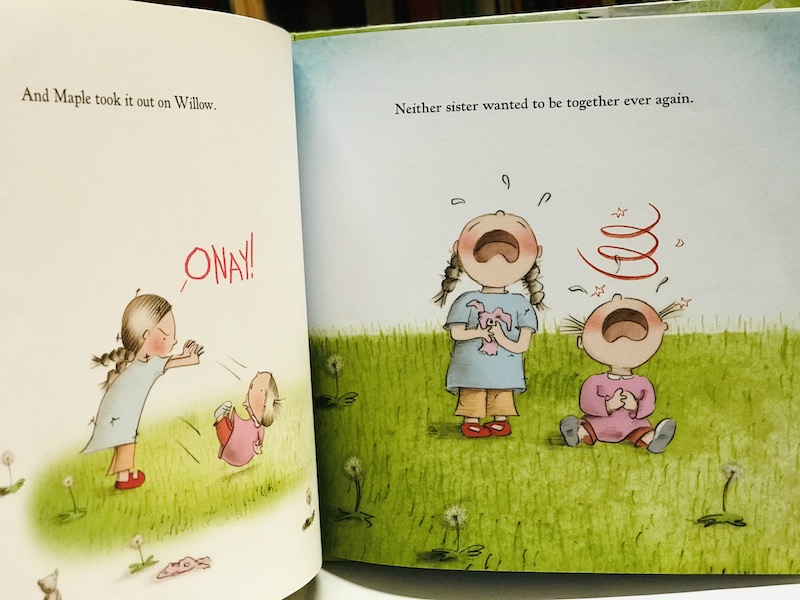 I like how Nichols is able to capture such quiet and simple truth in just a few words and in such expressive imagery. Whether or not these girls resolve their conflict, I shall leave for you to discover. 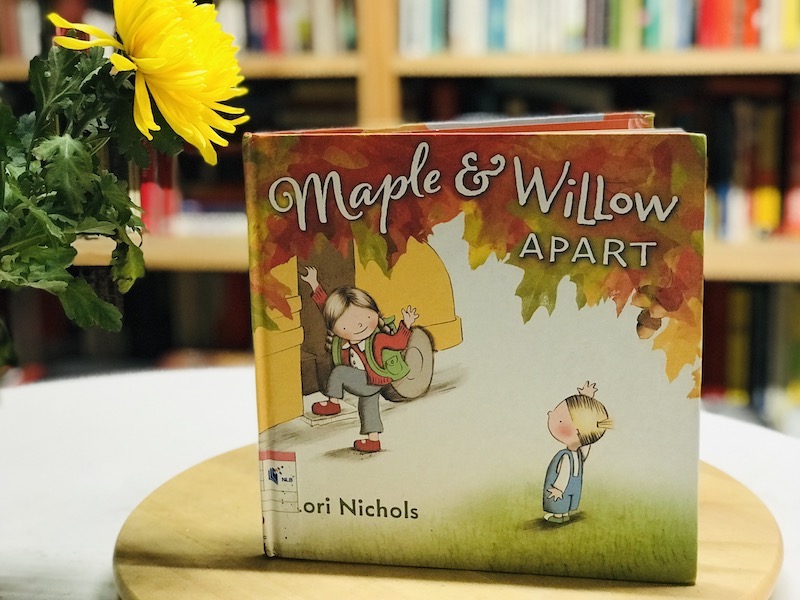 In this title, Maple and Willow go through separation brought about by “big-girl school” otherwise known as Kindergarten. I really like the entire concept of this sister-themed book, and I wonder how Lori Nichols would portray Maple and Willow growing up – in middle school, maybe?

While Maple is busy having fun in her “big-girl school,” Willow is also keeping busy. After all, Willow needed to trade stories with Maple who seemed to have an endless supply of tales: from her teacher to her classmates to the many activities they do in school.

Maple is surprised when Willow tells her that she met a friend named Pip who even taught her how to ride. Plus, he lives in a tree house! How cool is that. 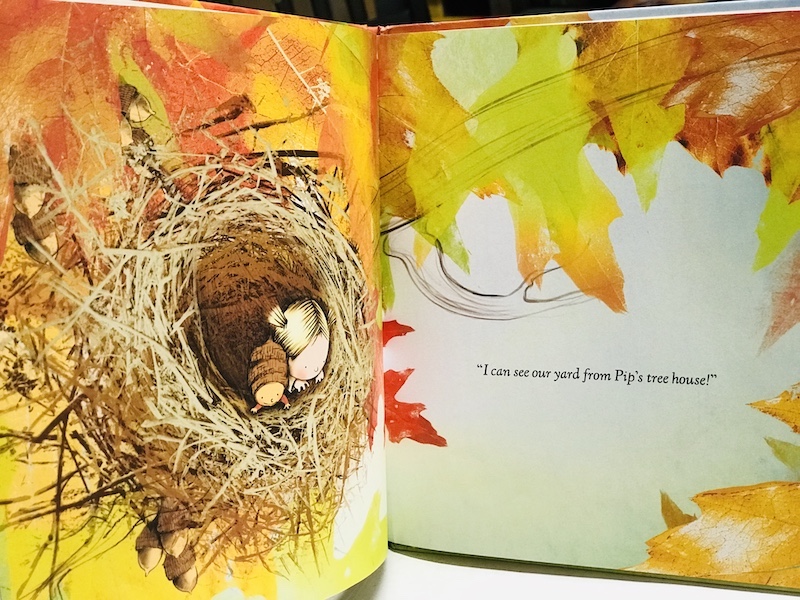 I believe that the power in these narratives is its simplicity without being simplistic, its striking affection without affectation, its guileless truth. Definitely a book to give to sisters – and all young readers; I am certain that readers, young and old, will be able to take something from these stories of being cherished, loved, and cared for.

0 comments on “Maple and Willow Together And Apart”