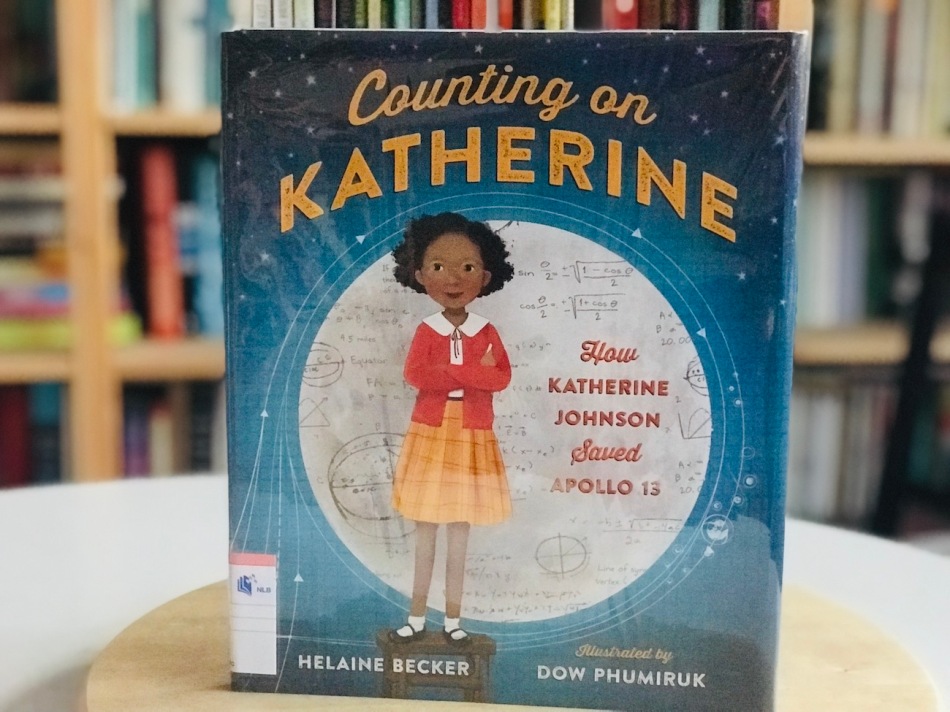 I first learned about Katherine Johnson when I watched the movie Hidden Figures around two years ago while on the plane traveling somewhere. When I found out that there were picturebook biographies written about these amazing women’s lives (in addition to the full-length biography in which the movie has been based), I knew I had to find them for our #WomenReadWomen2019 reading theme (check out Fats’ lovely review of Hidden Figures here.)

This story focuses primarily on Katherine Johnson, her precocity, her evident passion for maths, and the fact that she first worked as a teacher because there were few opportunities for an African American woman like her at the time, notwithstanding her evident talent and skill in her field – that is, not until the National Advisory Committee on Aeronautics (NACA which later became known as NASA) started hiring African American women as mathematicians. 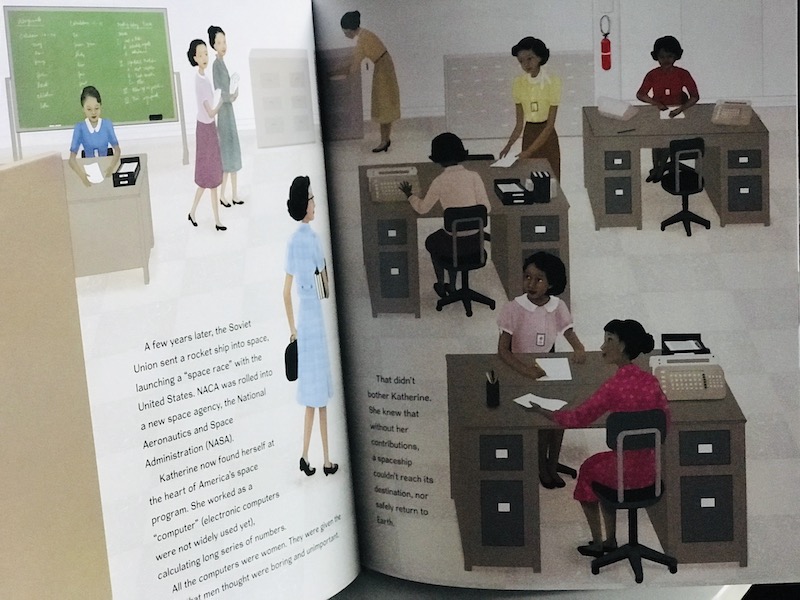 All the computers were women. They were given the tasks that men thought were boring and unimportant.

I believe it is worth noting that despite the fact that this was a very evident step-up for Katherine Johnson, this was only made possible because the men did not deem the job of a ‘computer’ ‘exciting’ or ‘adventurous’ enough of a job for them (** Note that a ‘computer’ is someone who calculated long series of numbers since electronic computers were not used at the time.**).

It was in NACA that Katherine found her ‘tribe’ of female computers who worked on the sidelines, often invisible, doing the necessary mathematical work to send the astronauts off into space.

I also found the image above to be particularly compelling, as it shows how Katherine who managed to solve the requisite but elusive equation to send the astronauts back home, was essentially disallowed from joining the tribe of men inside who cheered the successful operation on. I get that the entire narrative highlighted just the positive aspects of Katherine’s life while deliberately downplaying the many difficulties that Katherine endured – information which I know about mainly because I’ve seen the film. I felt that it was truly a shame that those important bits were left out of this picturebook biography, as it also contributed to her resilience, fortitude, and strength of character. Regardless, this is an important read that deserves to be in your children’s bookshelves.