We are about to end our reading theme, and I thought I better wrap it up with this highly disturbing literary novel I read for one of my Litsy book clubs #LitsyBuddyRead, which we read and discussed last month.

This book is an example of how, as a reader, I can claim with absolute certainty that I disliked all the characters – yet I still managed to appreciate the writing craft, and the unapologetic way the story was told. As the title of my post indicated, this gritty novel consisted of portraits of various women who are serving time at Stanville Women’s Correctional Facility in Central Valley, California – as well as some of the men who changed their lives – not necessarily for the better.

The story mostly revolves around Romy Hall, who was serving two consecutive life sentences for murdering one of her clients at The Mars Room where she worked as a prostitute. She is a young mother, identified herself as one of the WPOD (see image above), was neglected by a mother who couldn’t care less, and sexually abused as a young girl. While it is tempting to say that it came as no surprise that she ended up the way she did, I feel that it does not do other women justice who may have gone through something similar, but made something else of their lives.

Apart from Romy, there were other women’s voices that were highlighted in the narrative, most are forgettable – to be remembered only by the lack of agency in their lives. Most have taken the path of least resistance, maybe because struggling against what is expected of them will require effort, imagination, and the assumption that they have the wits and the courage to consider any other alternative.

Then there is Gordon, the failed would-be-academic, who ended up teaching English in community college, then eventually, incarcerated women. I liked how he sent Romy books – as a way of establishing connection. I wouldn’t call it an act of kindness, although, by all rights, it can be perceived as one. It was more a cursory act that he did, mainly because he can, and so he did. It made me want to pick up the books he shared with Romy or discussed with the women: 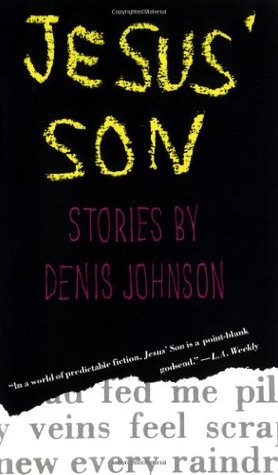 As I have noted in my Litsy review of the novel: While not a book that I would probably pick for myself, I have to admire Kushner’s audacity in going deeply into all-woman’s-land, cutting into the heart of incarceration, and the lingering aftertaste of bitterness, defiant regret, and just an overwhelming sense of despair that goes on and on and on – until the very last page.

There is no light between the cracks here.