These two picturebook biographies of kings and Pharaohs from Ancient Egypt are unexpected library finds. I confess not knowing much about this subject, except for the ones I learned by watching Brendan Fraser’s The Mummy. After reading these books, I could now deduce where the Hollywood storyline may have come from.

The Prince And The Sphinx

This book, I believe, is meant to engage young, reluctant readers who are beginning to learn the joys of reading, but are welcoming longer texts and more exciting storylines. This is evident in the Glossary of Terms found at the beginning of the story and a list of the ‘cast of characters’ to familiarize the reader with the foreign names. 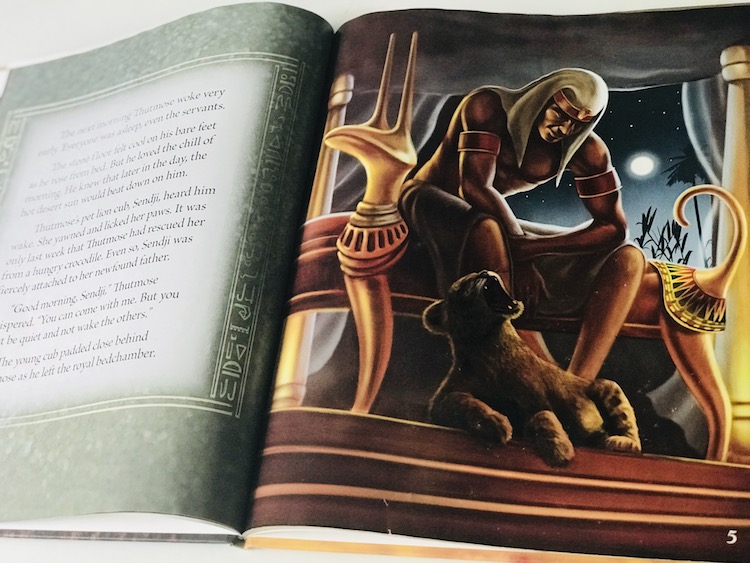 The story is a retelling of the life of Prince Thutmose IV, who was shunned by his brothers primarily because he was his father’s favourite, hence was most likely to be crowned King. Yet, he was depicted to remain kind and was described as prayerful to Egypt’s gods at the time.

During one of his early-morning hunts in his chariot, Thutmose saw the awe-inspiring pyramids and was drawn to them. It was during this time that he had an epiphany about the Sphinx, as Harmachis, “god of the rising sun, and the father of all pharaohs” proceeded to pronounce his edict about Thutmose’s impending leadership and what he needs to do to make this happen and to continue receiving the blessings of the gods.

It is clearly reminiscent of the time when leaders needed the deities’ blessings and protection, in order for them to earn the respect and obedience of their countrymen. This book seems to be part of a series called The Egyptian Myths Series which teachers and librarians may want to check out.

The Story Of Tutankhamun

I have fallen in love with Isabel Greenberg’s art ever since I discovered her One Hundred Nights Of Hero (see my review here). This one is a slight departure from that mythical feminist narrative, but rather illustrates the story (told by Cleveland-Peck) of mainly two real-life individuals: (1) Tutankhamun, the young king, and (2) the world-famous archaeologist, Howard Carter, who unearthed his tomb. 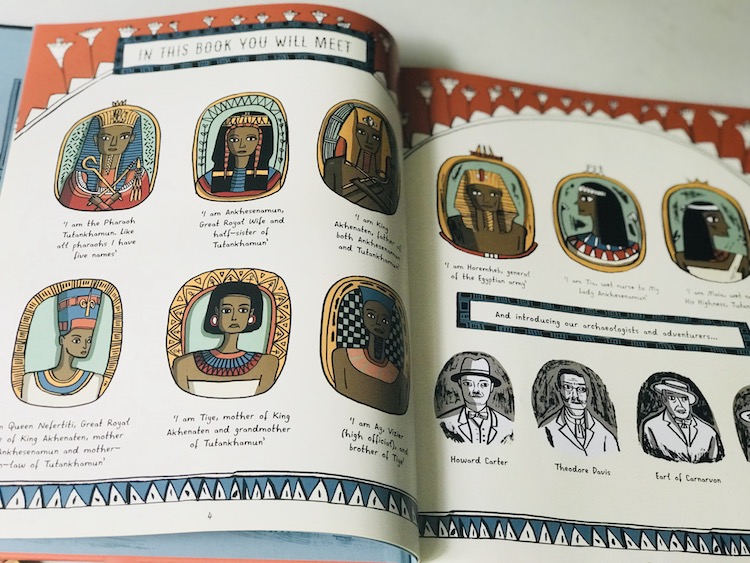 The book is divided into three parts, the first one has to do with the boy king being dead and the falcon flying on to heaven. A lot of intrigues and deaths and alliances and betrayals.

The part that really interested me the most was the mummification. The entire process seemed very meticulous and painstaking. There is a great deal of prayer thrown in, with the priest officiating the entire procedure “wearing the jackal-headed mask of Anubis, god of the dead” and chanting off prayers from the Book of the Dead containing “magic spells to help the deceased journey to the afterlife.” 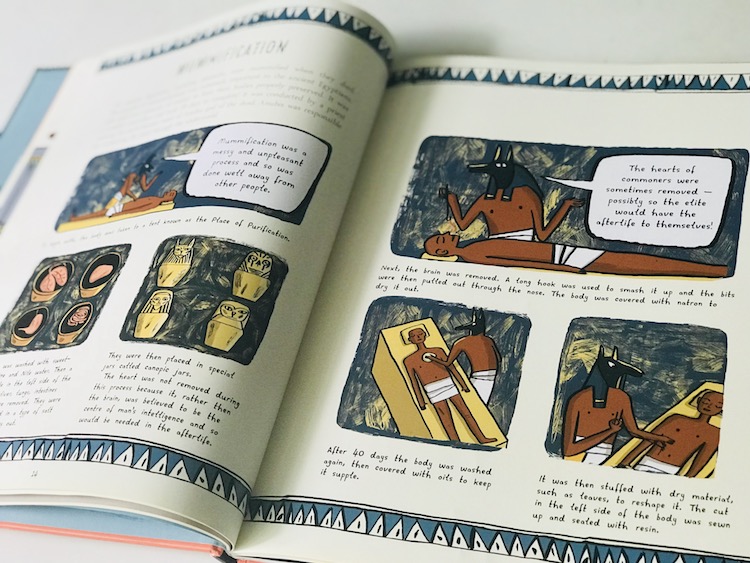 Part Two focuses on Howard Carter and how he discovered the ‘boy king.’ I loved how the book creators also inserted hieroglyphics and their alphabet equivalent – perfect for readers who love writing in codes. Carter was also quite an interesting fellow, very stubborn, and set on his ways. He even ended up at one point, selling his own paintings of Egypt and objects taken from tombs (not allowed in this day and age any longer) so that he can make a little bit of money when he lost his job.

I loved the gradual build-up of the narrative, especially the part when Carter finally discovered the tomb – all very cinematic, I felt. 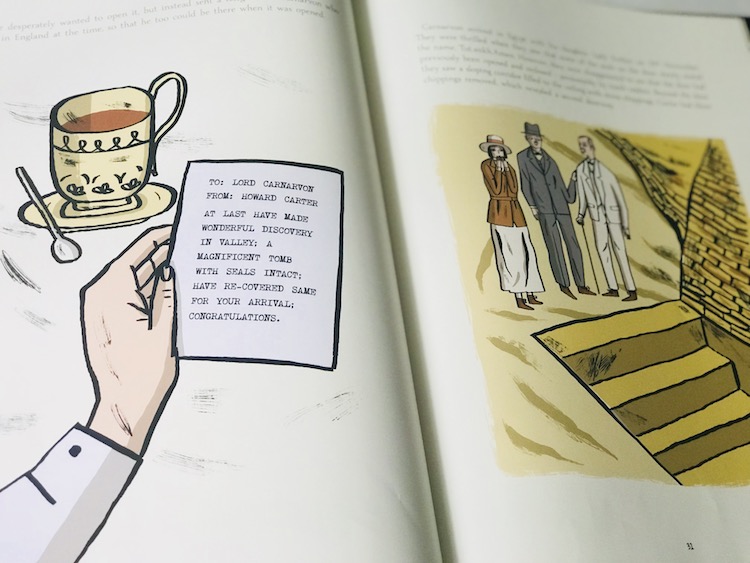 What made this book really effective for me was that I truly felt that I was with Carter as he finally made that once-in-a-lifetime discovery.

Part Three is more like an afterword at four pages with “Mysteries Solved, Mysteries Found” and a few theories made by historians and archaeologists concerning the fate of Tutankhamun’s widow, Ankhesenamun, and what became of Carter when he finally returned to London.

This is a riveting 64-paged narrative that will definitely appeal to those who are interested in Egypt, pharaohs, and kings, and buried tombs, and ancient curses. I would recommend pairing it with the movie, The Mummy – for the young reader to determine which parts of the narrative are factual, and which ones have used creative license in the retelling. 🙂