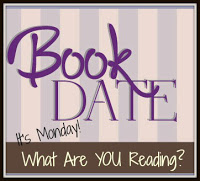 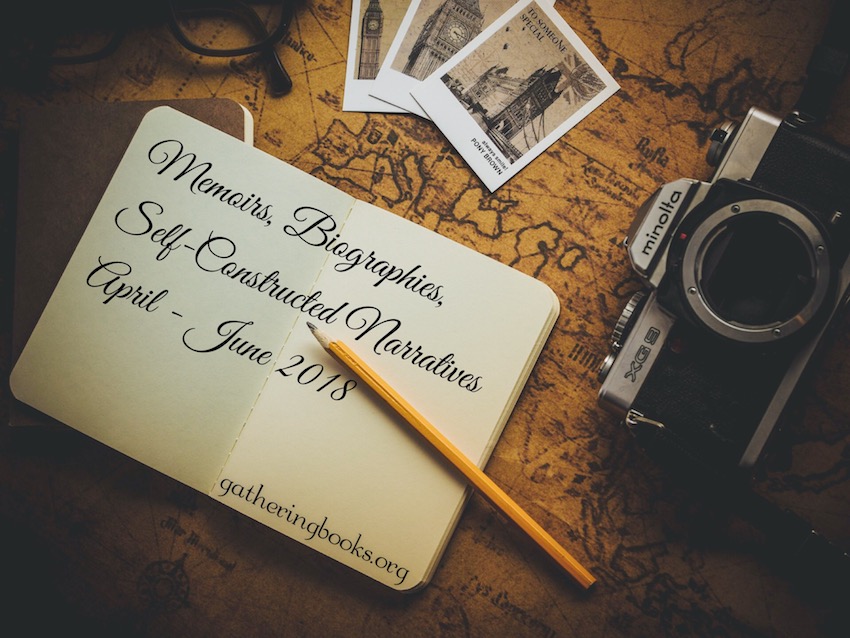 I have a special affinity for picturebook biographies (PBB), and I am thrilled that I can indulge in reading as much as I possibly can given our current reading theme. These two PBBs feature fierce and “terrible” women who were regarded as such because they happen to excel in sports – an area traditionally perceived to be dominated only by men. 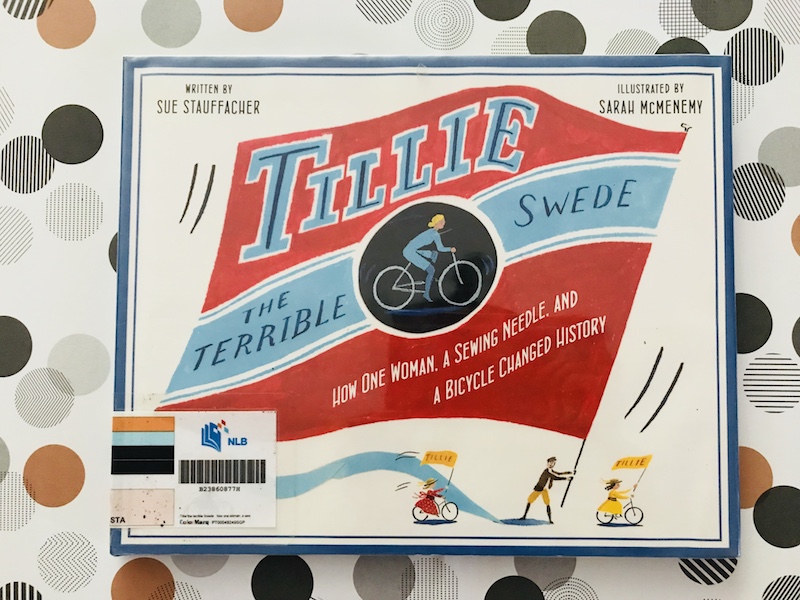 Tillie The Terrible Swede: How One Woman, A Sewing Needle, And A Bicycle Changed History

The title of this book caught my eye. Evidently, the book creators knew how to ‘hook’ a reader, pun intended. Tillie Anderson, originally from Sweden, came to America with a dream. 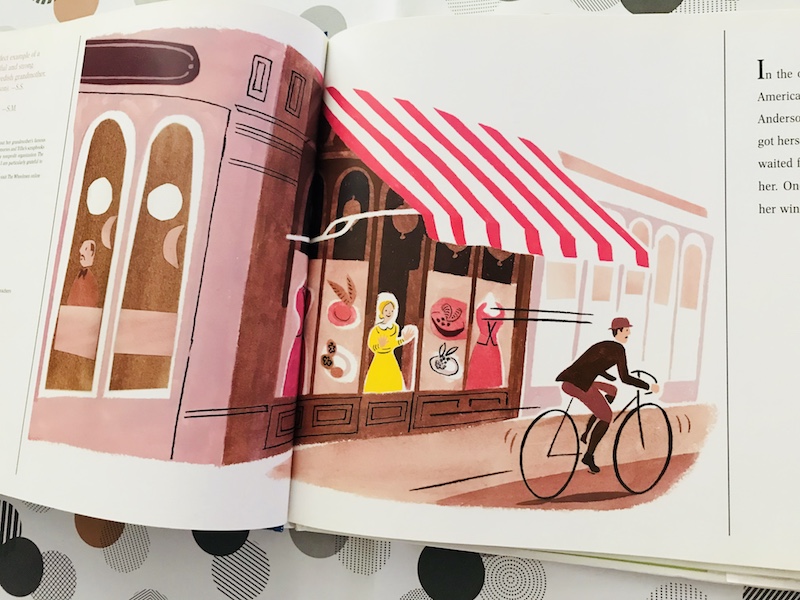 Armed with her needle, Tillie found a job in a tailor’s shop. But the image above showed how Tillie’s attention was riveted by this man outside the shop. She knew she simply had to experience what it was like to ride a bicycle, notwithstanding the fact that she belonged to a very different generation where women are expected to wear voluminous dresses and to act in a ladylike, appropriate manner. 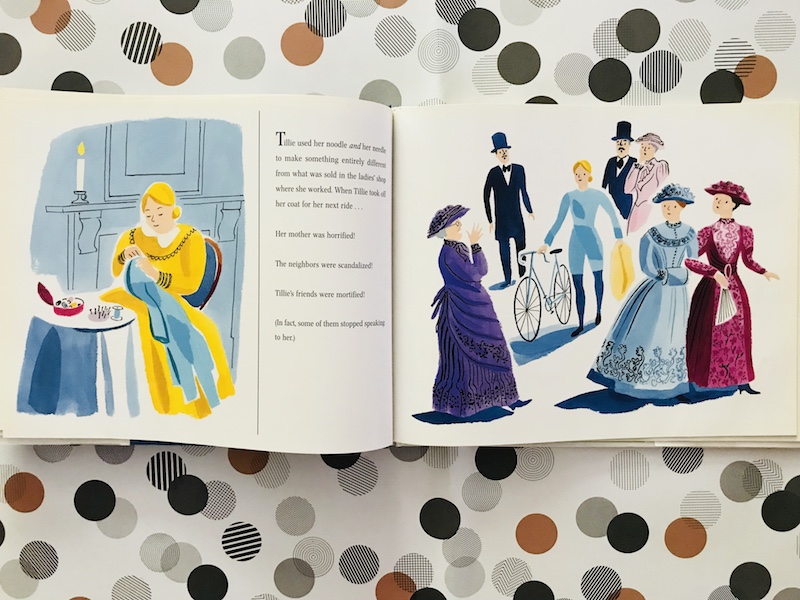 Armed once again with her needle, she used her trusty companion to sew a different type of clothing that would make it easier for her to ride a bike, and to feel the wind in her face. She did not mind how horrified everyone around her felt and thought about this passion of hers. All that mattered was that she could fly on her bike, and that she made herself stronger so that she can ride longer and faster. 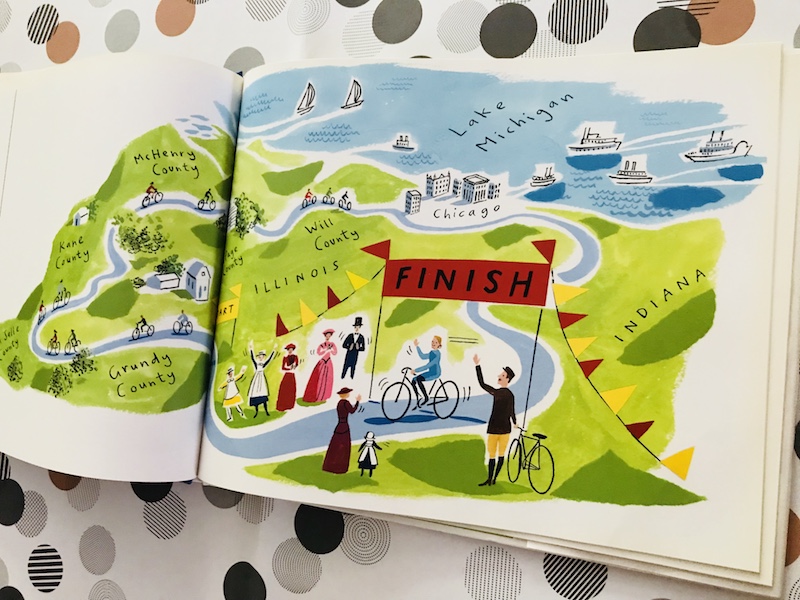 Soon enough, she joined in a few bicycle races that proved how skilled she was in biking. Just to show how different the circumstances had been in the late 1800s, here is an excerpt from the book:

Tillie inspired both animosity from highly conservative individuals and hope for more open-minded ones who saw a human being who experienced much joy (and manifested unparalleled skill) in what she does. Tillie was even regarded as some sort of a freak, with newspaper reporters measuring her thighs and legs to prove that she has become totally unlike other women – a deleterious effect of too much biking: 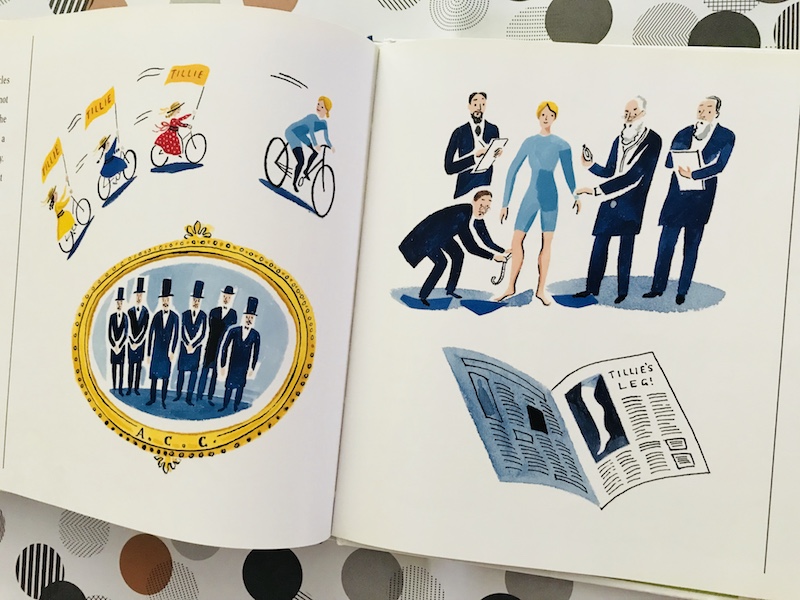 While most young people now tend to take so many things for granted, this book serves as an eye-opener that things have not always been what they had been. 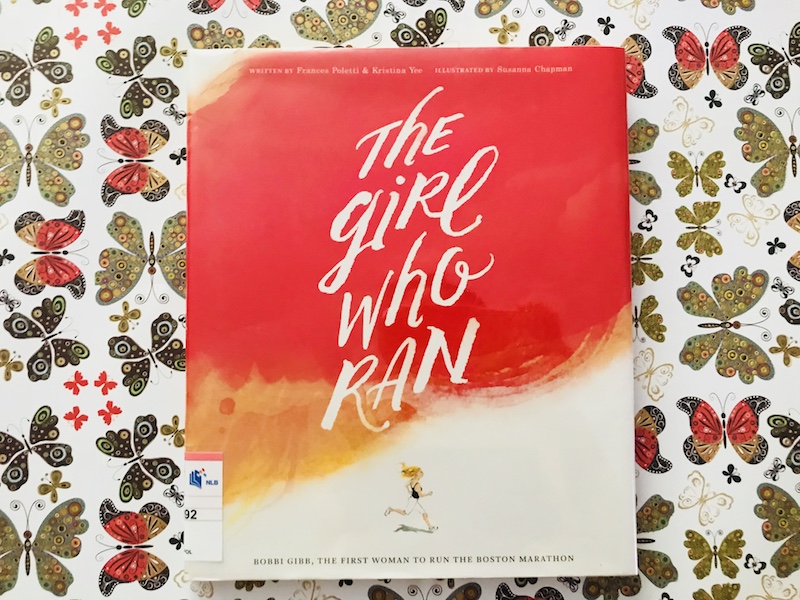 The Girl Who Ran: Bobbi Gibb, The First Woman To Run The Boston Marathon

While tillie’s story could be chalked up to the zeitgeist of the time, being that of the late 1800s, this story (set in the late 1960s) shows that it may not be so much the time period, but society’s generally unfounded assumptions about womanity. Since young, Bobbi Gibb had always loved to run. She loved the sound running makes in her ears: 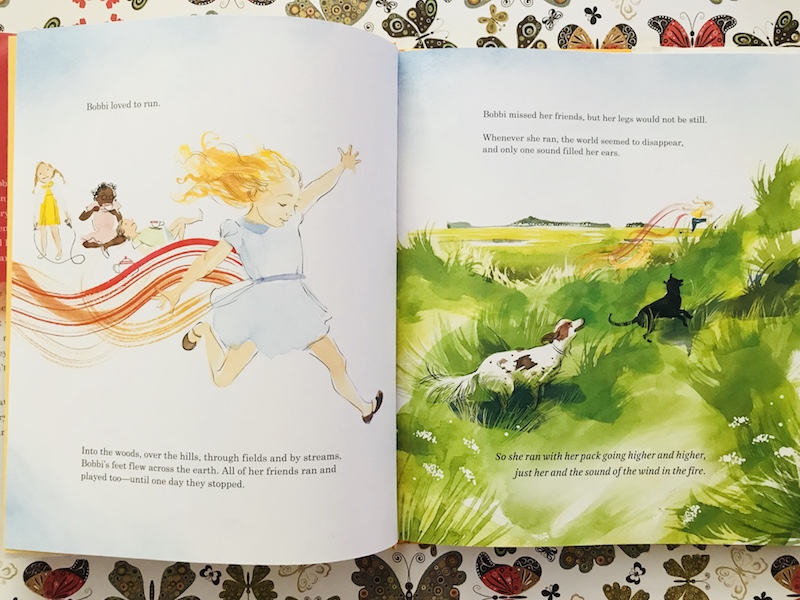 She was able to witness the Boston Marathon for the first time with her father, and she knew at that precise moment that one day she would be part of it. However, her dreams were initially crushed when she was not supported by her parents who felt that girls couldn’t run marathons, and that she would only hurt herself. 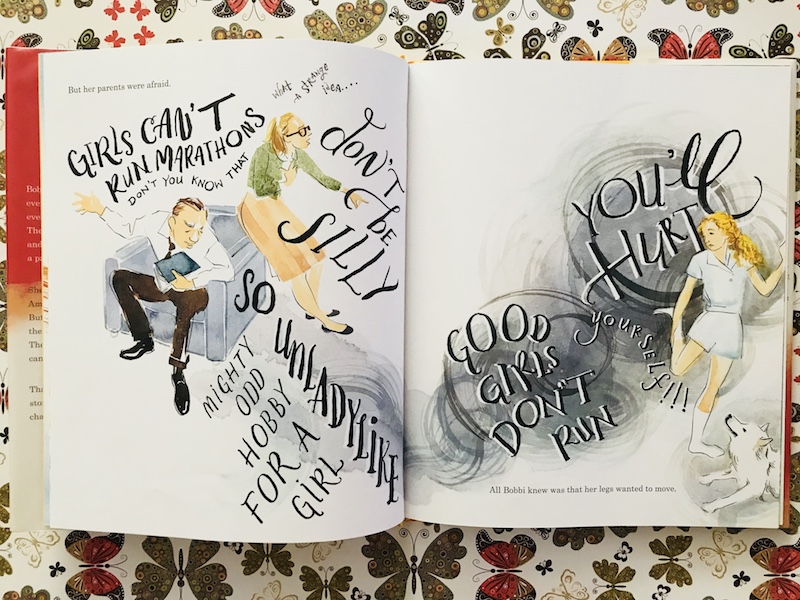 Faced with this kind of parental disapproval and discouragement, Bobbi left home, and trained on her own, unbeknownst to her family. When she sent her application to the Boston Marathon committee, however, she experienced another heartbreak: it was rejected because of her gender, notwithstanding her physical fitness and the fact that she trained hard for it. 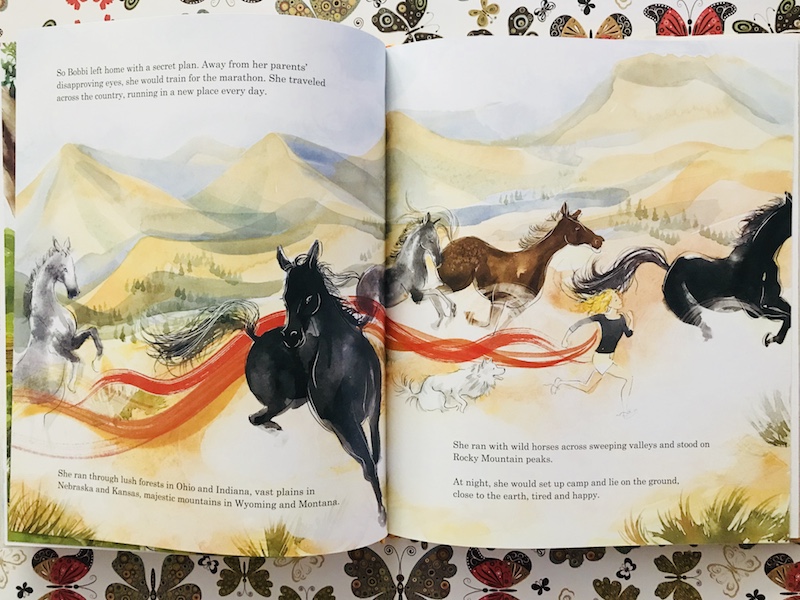 If there is anything that young readers can learn from these two stories, it is that both Bobbi Gibb and Tillie the Terrible Swede refused to take no for an answer, with the full and ardent belief that they are good at what they do. There is a tenacity of purpose that went beyond societal censure or rejection from the powers-that-be.

Bobbi Gibb, after being rejected, disguised herself as a boy wearing a hood and men’s running shoes. 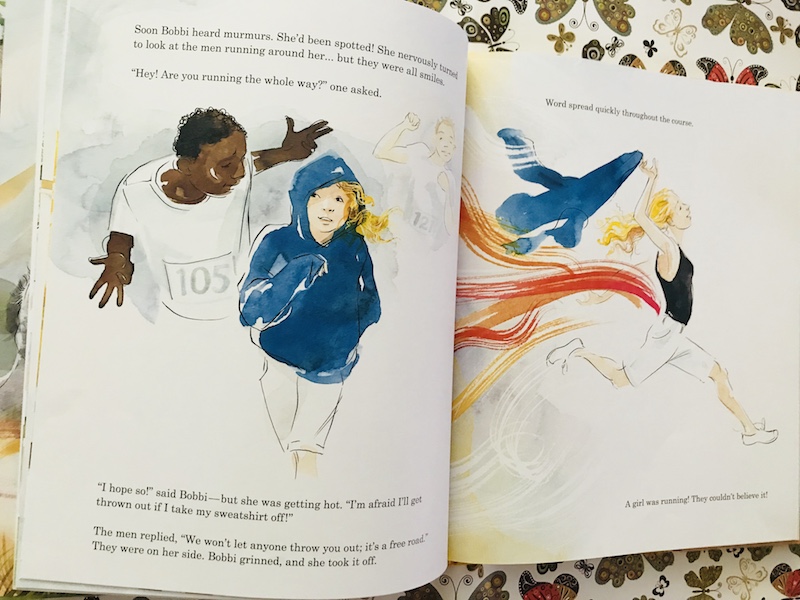 Before people realized what was happening, she was running fast and free, finishing ahead of about half the men in the race. Her courage and persistence forever changed the way society viewed female athletes. Truly an inspiring story that deserves to be in every classroom. 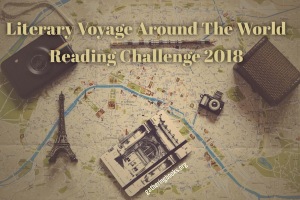