Every sunday, we share the books that hunted/ haunted us down until we finally caved in and brought them home. A few weeks ago, I shared a few of my picturebook finds from the library, here is Part Two of that post.

A few weeks ago, the USBBY released their outstanding international books list (see here). While there are a few that we still don’t have here in Singapore, I made an emergency trip to the library to immediately snatch those that I could find. 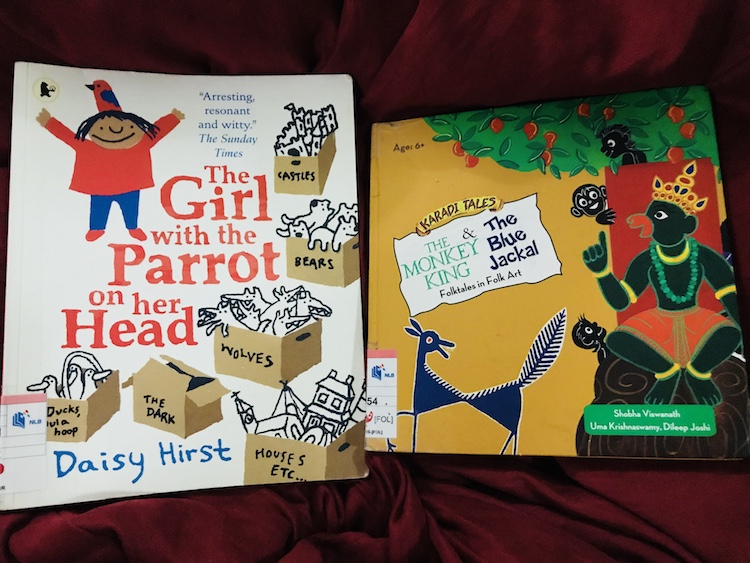 The Girl With The Parrot On Her Head by Daisy Hirst, The Monkey King and The Blue Jackal by Shobha Viswanath and Illustrated by Uma Krishnaswamy and Dileep Joshi. 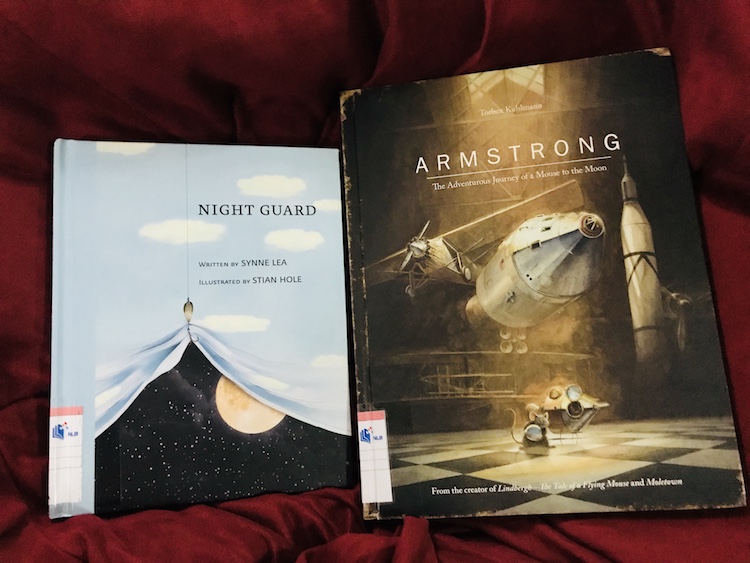 Night Guard by Synne Lea and Illustrated by Stian Hole, Armstrong: The Adventurous Journey Of A Mouse To The Moon by Torben Kuhlmann. 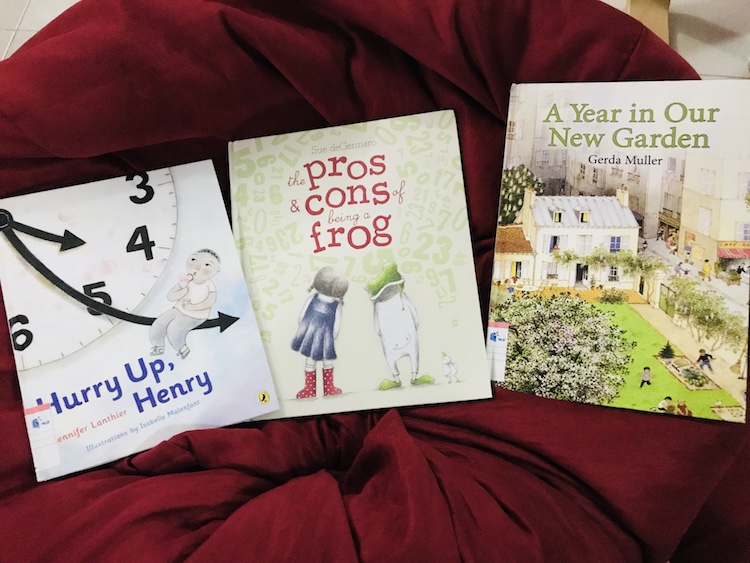 Hurry Up Henry by Jennifer Lanthier and Illustrated by Isabelle Malenfant, The Pros And Cons Of Being A Frog by Sue DeGennaro, A Year In Our New Garden by Gerda Muller.

Imagine A City by Elise Hurst, A Well-Mannered Young Wolf by Jean Leroy and Illustrated by Matthieu Maudet.

A few other random titles that just called out to me

Here Come The Girl Scouts! by Shana Corey and Illustrated by Hadley Hooper.

My Name Is Zedonk by Jia Han, Uncle Holland by JonArno Lawson and Illustrated by Natalie Nelson, The Museum Of Me by Emma Lewis.

Borrowed from the NIE (National Institute of Education) Library

I have multiple sources of books, as you can see. Apart from the public libraries, I also get to borrow lots of books from my institution’s library (the National Institute of Education). I requested nearly a hundred books which I will be using for my higher-degree course on The Use Of Multicultural Children’s Picturebooks for Social And Emotional Learning. I was only able to borrow around five at the moment (maxed out my card), including After the Fall above.

How about you, fellow book geeks? Any books that hunted/haunted you down over the past several weeks?