Have you signed up for our Literary Voyage Around the World Reading Challenge yet? If you haven’t do consider this as one of your reading challenges this year. 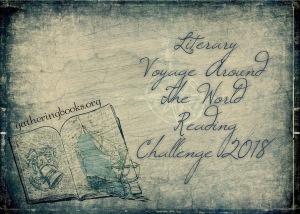 We have also launched our Social and Emotional Learning (SEL) Bookshelf – which I invite you all to check out. Over 500 multicultural/ international picturebook titles for you to see. 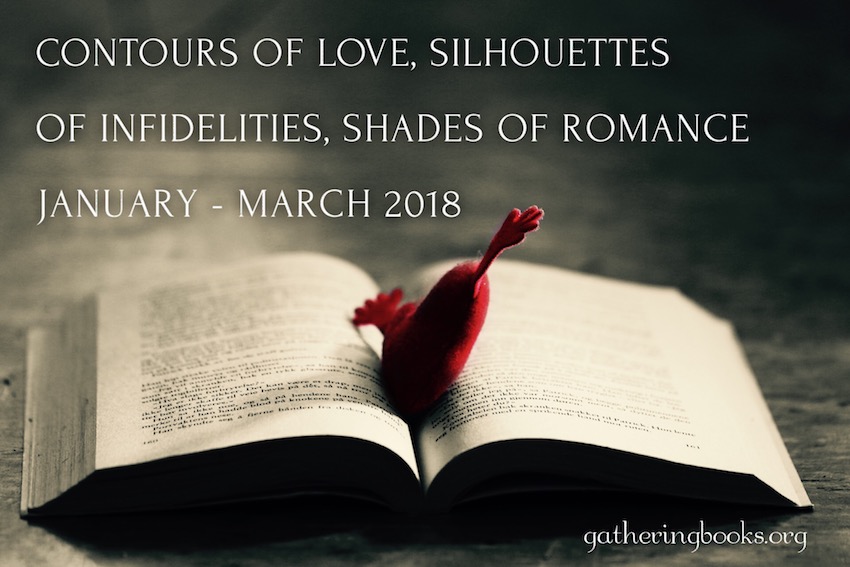 A few days ago, we shared three picturebooks that highlight love expressed among animal friends. This week, as we explore varying contours of love until end of March, I am sharing stories that depict love and compassion between animals and their humans.

This is a strange story (as only Neil Gaiman manages it beautifully) about a princess named Cinnamon who lives in a “small hot country, where everything was very old.” Cinnamon has pearls for eyes, and for some reason, refuses to speak a word.

As a clinician and a teacher educator, I can already discern themes of possible elective mutism and visual impairment. Cinnamon’s parents, the Rajah and the Rani, did not consult a medical professional – the setting of the narrative precludes that kind of possibility. Rather, they sought the help of any person who could get Cinnamon to speak – and they provided a very luxurious room in the palace, a field of mango trees, and a portrait of the Rani’s aunt, who apparently used to be lovely during her time. 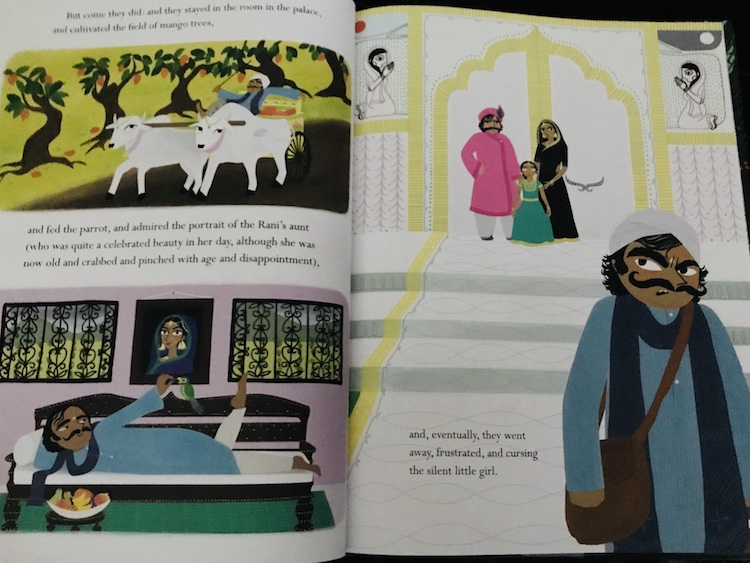 Many people, from far and wide, came to their palace, with the intention of getting Princess Cinnamon to speak – to no avail. At least not until this huge and fierce tiger arrived at the palace, with the calm certitude that he would be able to do what no one else has done in helping Cinnamon find her voice. 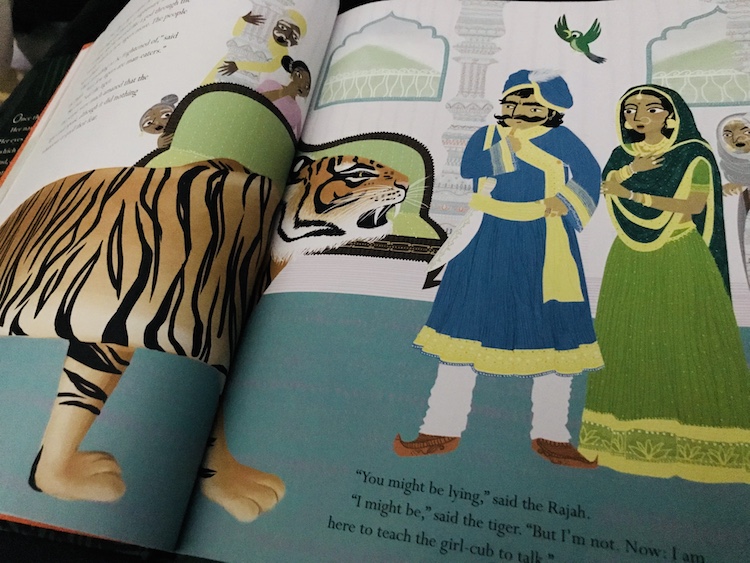 It is not clear what the Tiger’s end game is – but it is apparent that he brooks no argument, that he is no-nonsense, and he inspires both confidence and fear. When he was brought to Cinnamon’s presence, he did not just articulate but also demonstrated pain, fear, and above all love.

Whether Cinnamon finds her voice, and how she was able to express her motivation to do so in the first place – I shall leave for you to discover – but it has all the trademark of Gaiman’s beautiful strangenesses that always strike a chord within me. 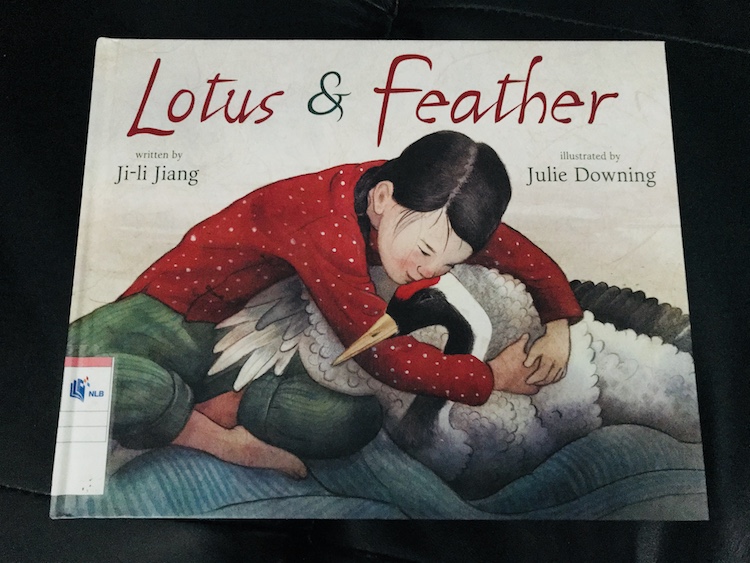 Lotus is a young girl who does not seem to really fit in well with her peer group, not until after a winter illness is said to have taken her voice. She is pretty much left on her own – with most of her time spent with her grandfather, a master craftsman, who happens to be Lotus’ primary caregiver.

Things change for Lotus when she rescued a beautiful crane who was shot by a huntsman for sport. This picturebook does not have the typical 300-word format, with a much longer text narrative that I believe is called for in this story. 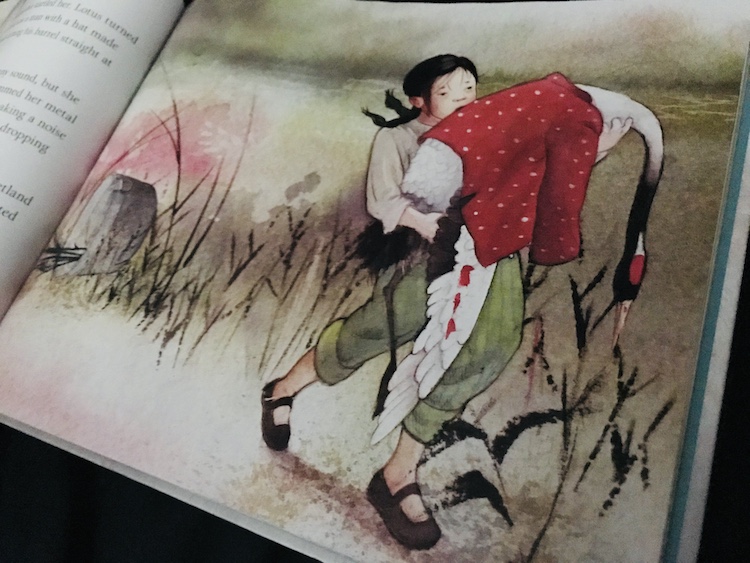 I love the pages where the art bleeds into the next page (see below) – and the ones which show the beautiful relationship between Lotus and Feather (the name of the crane rescued by our young protagonist).

It reminded me of Michael Rosen and Sonja Danowski’s The Forever Flowers which we reviewed here and also Marianne Dubuc’s The Lion and The Bird (reviewed here). 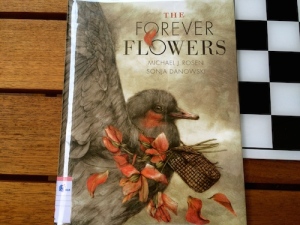 All these stories speak of the power of compassion, unlikely friendships, and the lasting bonds that sustain us when we care for those who are helpless or are in need of our care, sympathy, and benevolence.

I learned about this picturebook through Janet Evans, a literacy expert from the UK (and an international research fellow as well at the International Youth Library in Munich – I have written about the talk that she gave to my institution a few years back here), who noted how powerful this story is.

Compared to the first two books published fairly recently, this one can be considered a classic (note all its literary awards), published in 1977. It is a gentle, quiet story about an old woman named Rose, and her dog named John Brown who has kept her company and looked after her since the time that Rose’s husband died a long time back. 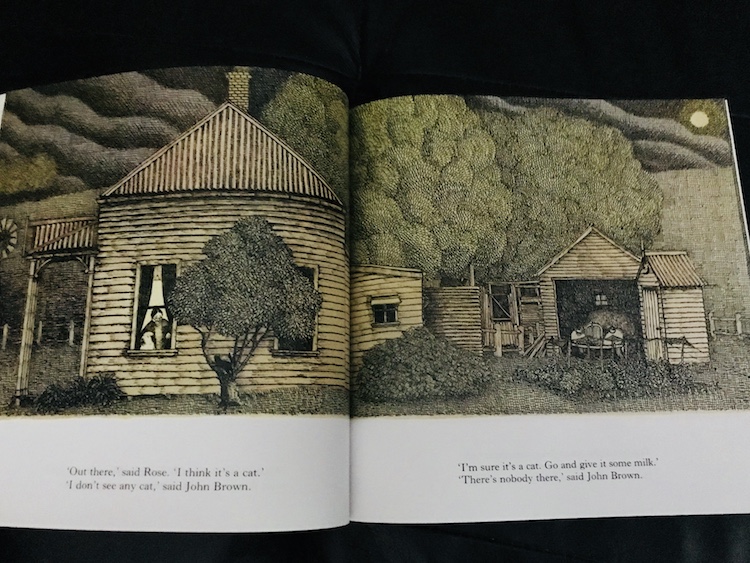 The ecosystem between old woman and dog seem fairly established – until the time the Midnight Cat came to their lives. The presence of the Cat, while welcomed by the old woman, was perceived as superfluous or unnecessary by John Brown, who was determined to protect Rose and the routine that they have established together.

I find this to be a deeply affecting story about our inhibitions in welcoming new beings into our lives versus our generosity of spirit, and the many ways our lives can be potentially enriched or revitalized by others’ presence.

#LitWorld2018GB Update: Setting of Cinnamon seems to be from India but authors are from the US; Ji-Li Jiang was born in Shanghai, China although currently based in the US; John Brown, Rose And The Midnight Cat is from Australia.