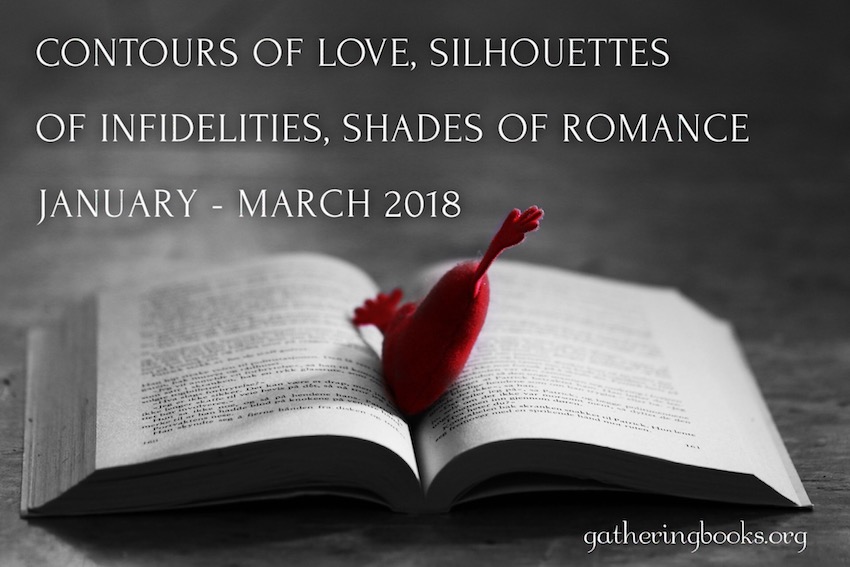 One of the great things I love about our libraries here in Singapore is that I just go through the picturebook section, and I find a lot of great reads that I may not have known about before – which serendipitously are connected to our reading theme. While these three books are not technically about romantic love, they do speak about love among animal friends.

Squid And Octopus: Friends For Always

There are four mini-stories found in this picturebook, so it is a tad longer than the usual, standard 300-word story. There is The Quarrel where Squid and Octopus had a conflict as to whether mittens or socks are better:

The Dream where Octopus shared about his dream where he could do absolutely anything, and being brought back down to earth with the knowledge of his ordinariness. Squid, good friend that he is, comforted Octopus by showing exactly what some of his strengths and positive traits are. In The Hat, I was amused at how Octopus regarded a stray boot that he has found to be a hat…

… until all the other sea animals told him otherwise. Squid, however, seems to be precisely on the same wavelength as his friend, Octopus, which I found to be cute. The last story, Fortune Cookie, has to do with both friends anticipating what the message in the fortune cookie holds.

All the stories speak of simple friendship, dealing with conflict, providing affirmation, and having each other’s backs when the going gets tough. Pretty nice messages to read to a young child.

I Love You Already!

Duck and Bear are friends and neighbors – and they couldn’t be any different from each other. While the former is effusive and overly enthusiastic, the latter is reserved and reclusive.

Clearly, Bear enjoys his own company. Duck, on the other hand, has other plans that include telling each other their life stories, long walks, and doing exciting things together. This picture of Bear drinking his tea that is on top of a stack of books he plans to read made me sigh:

The plan of a secluded, idyllic alone-time, however, was disrupted by Duck’s persistent knocking and his insistence that they take a walk outdoors – it is a beautiful day, after all, which is true.

I had a few laugh-out-loud moments as I was reading this book, mainly because Bear reminds me of so many of my gruff, bear-like friends whom I care about deeply. When Duck had a very minor accident, Bear’s concern and love for his friend surfaced despite his seemingly-snippy behaviour. I love how this picturebook shows how two friends who may have seemingly-different characters could still love each other and be very good friends.

This one is my absolute favourite. I just fell in love with the lush art, the slightly-epistolary nature of the narrative, and this mailman’s commitment to deliver the mail every single day. 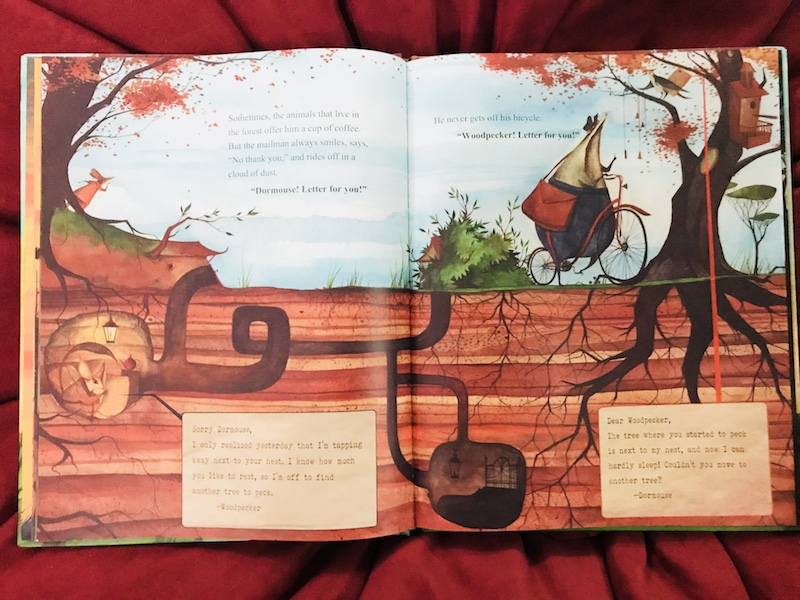 In practically all the images, you can see the Mailman on the background, moving away, as if he isn’t really a part of the community that he is serving, always on the periphery, delivering missives that seem to be somewhat connected to each other (see image above and below).

I found the letters to be interesting, as they seem to run along similar themes, kind of like direct responses to each other, or in anticipation of what the other has written about to another.

However, while the lonely mailman delivers all these lovely letters to all the animals in the forest, he goes home alone, without a single letter addressed to him.

This story reminded me of The Uncorker Of Ocean Bottles which I reviewed here.

It will be good to pair them both, as young readers reflect on the unsung heroes, the quiet ones who remain on the background but make our life worth living.

#LitWorld2018GB Update: 12 of 40 (US and Spain – Susanna Isern and Daniel Montero Galan are both from Spain.)

0 comments on “Love Among Animal Friends in Three Picturebooks: “Squid and Octopus,” “I Love You Already!” and “The Lonely Mailman””