As a person moves to another country, the changes do not only include a physical relocation from one place to another, it also entails psychological and emotional changes so that one is able to integrate better into a different society. Apart from learning the language (in most countries), others also feel compelled to change their names to make it easier for them to adjust to a new school, a new office setting, a new community. I find these two picturebooks to be quite powerful as they show two young people who had chosen to retain their names, even while they also managed to find friends and to be part of their new homes.

This is the story of young Jangmi who is moving from her home in Korea to America, halfway round the world. She not only had to say goodbye to 382 Shin Dang Dong, the only home she has ever known, she also had to say goodbye to her best friend Kisuni, and the monsoon season, and her favourite fruits, yellow melons called chummy.

Longer than most picturebooks, the text goes into detail about Jangmi’s travel, her first few days in America, and the many people who welcomed them in their neighborhood, including a new friend who shared a glass bowl of fruit candies with her. At one point in their airplane travel going to the US, Jangmi’s father asked her whether she would like to adopt the name Rose as her American name, since Jangmi essentially means rose in English. She replied “No, I like my name.” 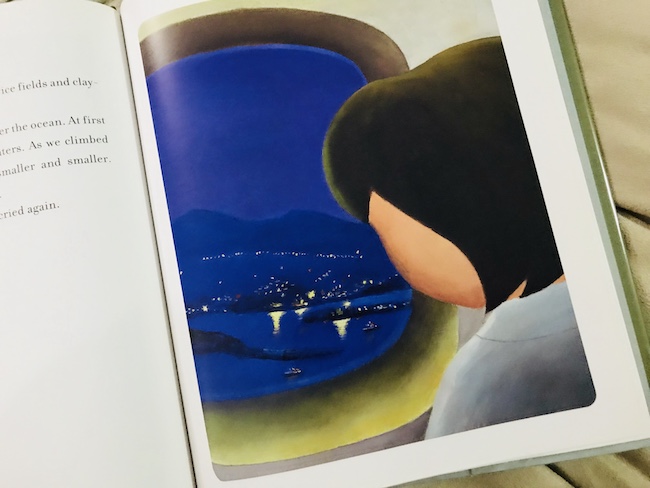 I find that there is a quiet certainty in that statement, even in the face of all the uncertainty Jangmi had to contend with. Indeed, Jangmi is a beautiful name.

Saoussan is seven years old and in the second grade. She came “from far away” where war is raging, and their home ruined by bombs. The back cover indicated that the author was born in Lebanon and moved to Canada in 1989. In her new country, it was difficult for her to adjust because she didn’t speak the language, and everything that the teacher says in her school was foreign to her.

There was also an incident which frightened Saoussan greatly, the presence of paper skeletons (most likely Halloween decorations) in the school hallway which she thought was evil. There was also the hypervigilance experienced by Saoussan, as she kept expecting people to shoot each other at anytime.

As a clinician, I could sense the subtext of Saoussan most likely suffering from post-traumatic stress disorder during this period. Add to that the fact that she had to adjust to a largely different environment with people speaking a language that is unknown to her, it is a testament to her resilience that she was able to eventually thrive in her new home.

There was also a part in the book where it was indicated how Saoussan changed her name to Susan, but eventually changed it back again to Saoussan. I feel that there is power in that – the sense of ownership as to one’s identity, and pride in one’s name. 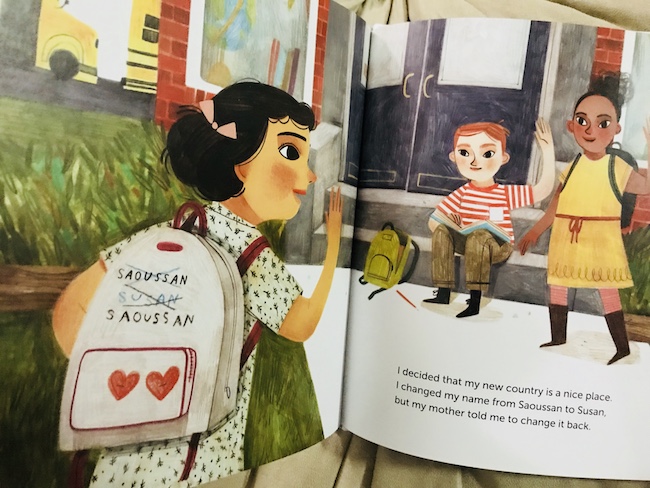 This book was originally published in 1995 (when Saoussan was in the fifth grade), and is now re-published with Saoussan Askar credited as a co-author, and with a different illustrator. The Author’s Note in the end also indicated that she has just recently completed her Master of Arts in Sociology at McGill University in Montreal Quebec. It is a little heartbreaking that this story remains very relevant even until the present time, but also uplifting, seeing how much Saoussan not only survived but flourished in her present environment.

6 comments on “[Monday Reading] Retaining One’s Name: Saoussan and Jangmi in “From Far Away” and “Goodbye 382 Shin Dang Dong””