The Little Prince is one of the world’s most beloved children’s books. It is included in my Top 10 Favorite Books. I have a few copies of it, including a deluxe pop-up version of the book. Today’s post features a special book find: a picturebook biography of Antoine de Saint-Exupéry that was originally written in Italian. 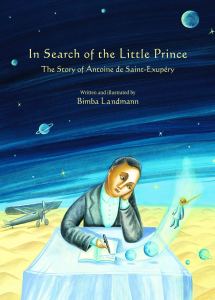 In Search of the Little Prince:
The Story of Antoine de Saint-Exupéry

Inspired by the works of Antoine de Saint-Exupéry, In Search of the Little Prince provides readers a glimpse into the life of the writer who has captured the hearts of readers for more than 70 years. (Seventy-four years, to be exact!) Children’s author Bimba Landmann covered so many aspects of Antoine’s life.

Flight is a recurring theme in the book, as it should be because Antoine had dreamed of having wings so he could fly anywhere he wanted. As pictured above, Antoine would climb lime trees because he enjoyed being able to see things from above. He felt a sense of freedom when he was above ground. The book is filled with stunning two-page spread illustrations, depicting adventures into faraway lands and being miles in the air. 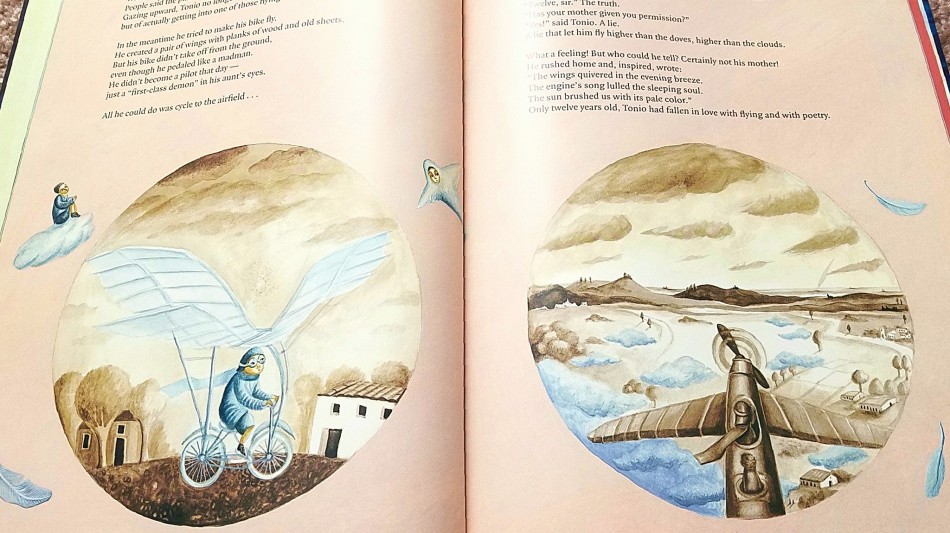 I like how Landmann included certain events in Antoine’s life that inspired some of his written works. Fans of The Little Prince will take delight in subtle references to the book to describe what was happening in Antoine’s life.

The more Antoine drew, the more the boy resembled him.
Like him, the boy didn’t understand people who want to be rich.
He too was sad at seeing his planet smothered by baobabs,
the way the earth was smothered by war.
He too had tamed a fox*.
He too loved a rose… 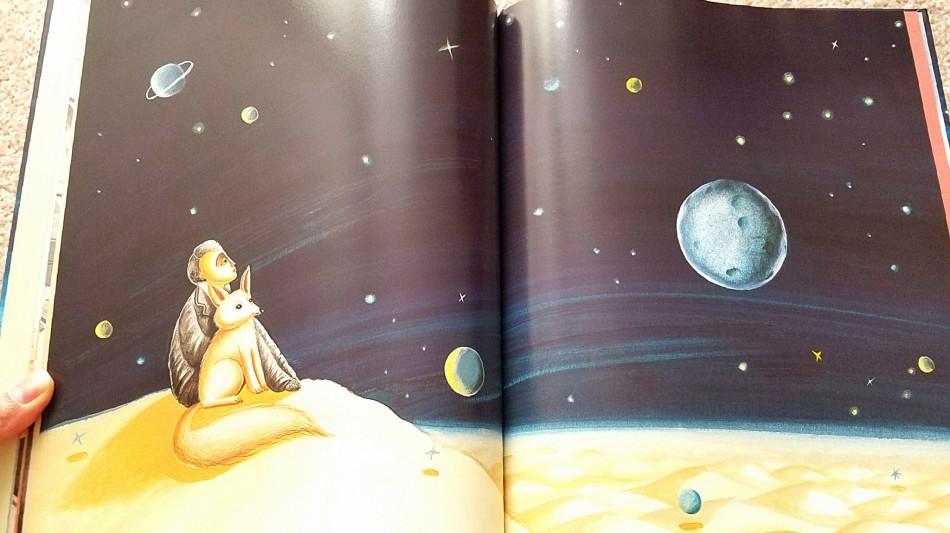 Because of the length of the passages in the book, In Search of the Little Prince is meant for older children. Nevertheless, Bimba Landmann’s marvelous illustrations are for every reader’s delight. Her style reminds me of the works by Grahame Baker Smith (FArTHER) and Giselle Potter (Sleeping Bobby). If you wish to get acquainted with Antoine’s life, I recommend this book.

*Antoine tamed a desert fox while he was in the Moroccan desert.
**That rose goes by the name of Consuelo, whom he had met in Buenos Aires and later married in France.

The Pilot and the Little Prince:
The Life of Antoine de Saint-Exupéry by Peter Sís

(Because you can never go wrong with a Peter Sís book!)

0 comments on “[Nonfiction Wednesday] In Search of the Little Prince: The Story of Antoine de Saint-Exupery”