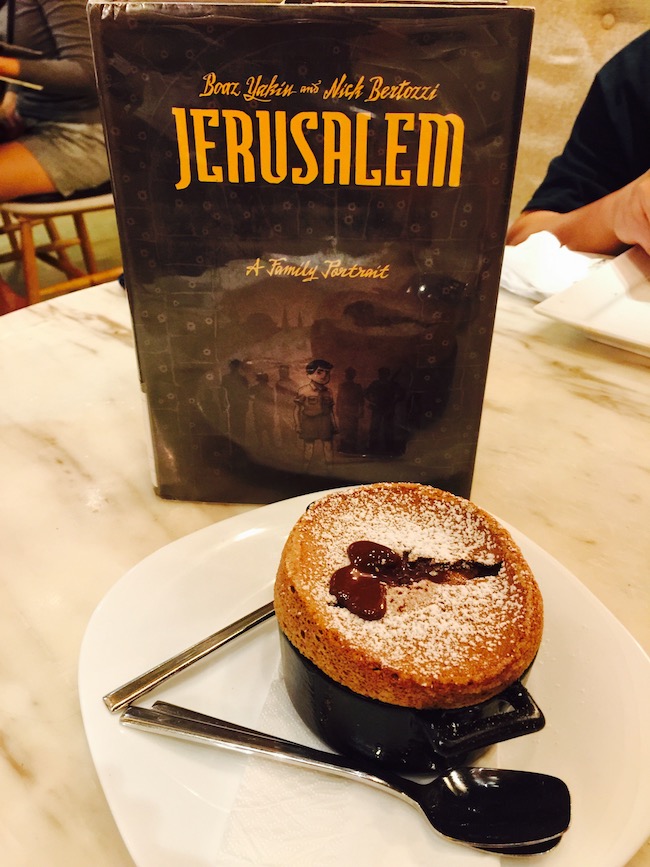 When we launched our reading theme, one of the things I did was to borrow quite a number of graphic novels set in the Middle East. This one, in particular, caught my eye. I have read quite a few graphic novels and books that provided me with some insight into the seemingly-endless Palestine-Israel conflict (Joe Sacco’s Palestine and Footnotes in Gaza immediately come to mind). I thought this one would show me the other side of the story.

The story begins with a genogram or a family tree of two brothers, Yakov and Izak Halaby and their respective wives and children. Yakov, the elder brother, had four children; while Izak had five (four sons and one daughter). The background of the story indicated that there is bad blood between the two brothers; with Yakov resenting how his younger brother, Izak, seemed to have gained the entire family’s attention when he was born, and was clearly favoured by their father.

Izak’s son (Motti) and Yakov’s son (Jonathan), however, are best of friends – and attended the same school. I was a bit surprised that the conflict here is not so much directed between Arabs and Israelis (although that remains the undercurrent of the rage and hostility), there was greater portrayal of the anger felt by the Israeli Jews towards the British soldiers and priests who, at the time, were still governing Palestine. See image above of the boys who raged against the British friars who were teaching them to speak in civilized tongues (French and English), rather than use Hebrew and Arabic when talking to each other. 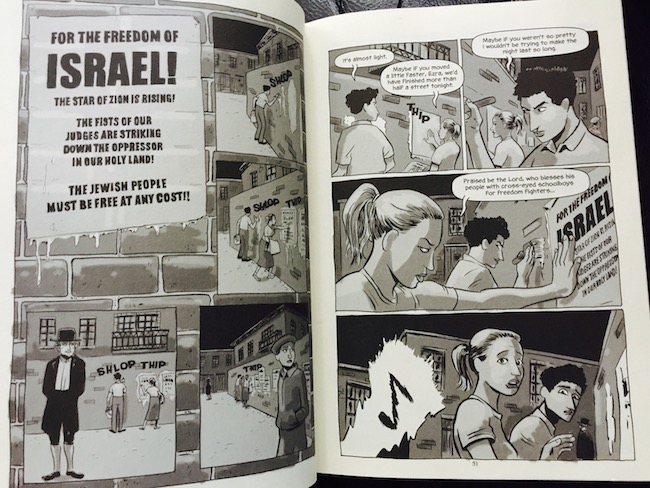 I had to consult the family tree/cast of characters shown at the beginning of the story several times, since this graphic novel is filled with so many people, that it is sometimes hard to determine who’s who. I also felt that while a historical background is provided in the beginning of the story to provide some context, it was not enough to make me, the reader, sympathize with the carefully predetermined and instigated violence that seemed ultimately pointless. 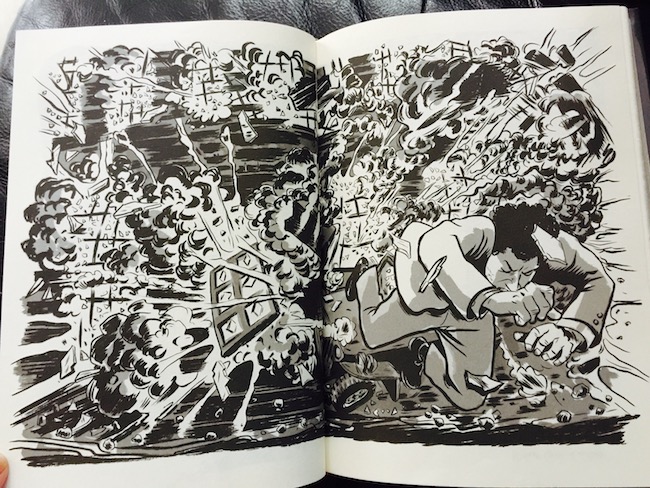 Even among the young children, the conflict seemed more like a game, albeit a dangerous one – and perceived to be a given, by virtue of race and religion:

More than the story that seemed to lack cohesion for me, it was really the art that made me stop and take notice: the clean panels and the visual narrative that spoke volumes about pain and anger, and just so much rage in those neat lines and monochromatic images. 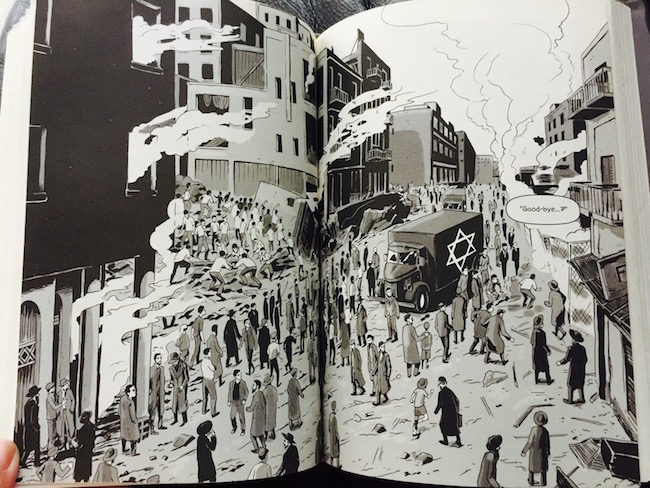 Every time I think I know a bit more about this much-disputed and polarizing conflict in the Middle East, I read more and I realize I know very little. Brother against brother, cousins who can not live with each other in the same territory, and the ultimate desire to live in peace in a sacred space where one can close one’s eyes at night with relative safety. There is the sense of entitlement, the justified feelings of persecution, the diaspora, the homelessness, the displacement, the infitada, the revolts and uprisings, the vicious cycle of violence, and the vengeful desire to establish rootedness in a land littered with so much blood and dead bodies. Still quite a riveting read.

1 comment on “Portrayal of A Family Saga Amidst War in Graphic Novel “Jerusalem: A Family Portrait” by Boaz Yakin and Nick Bertozzi”