When I shared our 2017 reading themes to my favourite book distributor, they immediately recommended a list of titles. As I was reading through some of the books they sent, I realized that two of them actually share the same theme. While I am very selective when it comes to adult novels, I also know that our reading themes are there for a reason – for us to challenge our reading boundaries and for us to discover authors and books we would not know about otherwise. 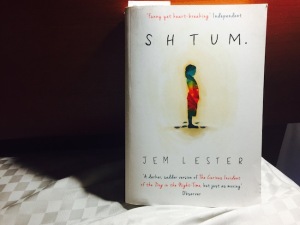 This is not an easy book to read. I had to take a break from contemporary realistic fiction for awhile after reading this. It is not to say that it is a technically-difficult read, because I managed to finish this relatively thick book in two nights. It is a page turner, and despite its largely miserable vibe, the reader is drawn into thirty-something Ben’s story and his uncommunicative pre-adolescent son with autism spectrum disorder, and the mysterious background of his dying father.

There is a purging element to this story that provides an almost clinical description of how an ordinary family’s life is turned sideways with the presence of something they are unable to comprehend, control, manage – because of its severity. Jonah is not only uncommunicative, he is also incontinent – which poses a problem given his pre-adolescent age, and prone to fits of violence when he is unable to get what he needs. The depiction of misery here is so matter-of-fact and unflinching that it turned my stomach just imagining being in that same situation. Even the way that Jonah’s mother describes her earlier recognition of Jonah’s disability is starkly true and heartbreaking:

The entire crux of the story revolves around whether the entire family can prove (through documentation, psychological evaluation reports, teachers’ assessments, and parental reports) that Jonah is indeed a danger to himself and others, enough for him to be admitted to a high-end residential home which the State is required to pay for – and this is not an insignificant amount that the State would have to shoulder, hence the State and its group of experts are determined to fight this move at all costs.

Jonah’s parents found ways of coping that show their frailty and inability to cope with his disorder: while Ben lost himself in liquor, the mother has upped and left, ostensibly to increase the chances of Jonah’s being accepted into a residential home, but apparently was just a ruse for her to finally let Ben take some responsibility after being the primary caregiver for the longest time while managing her own career at the same time. Ben took refuge in his aging father’s home with Jonah whose needs he could hardly remember and attend to, since Ben is barely able to take care of his own: the business he inherited from his father has gone to shambles, his wife left him, he has a son whose needs he has to attend to round-the-clock, his father is dying, and he drowns himself in alcohol. I also like how Jonah’s unspeaking world is portrayed through Ben’s eyes – this scene here when Jonah visited his dying grandfather made me cry:

It is not easy being in Ben’s head all the time, yet somehow the reader feels unable to tear one’s self away from it, wanting to know just how his story eventually turns out. This is a remarkably moving story that leaves the reader feeling paradoxically empty yet filled in the end, definitely a story that would stay with the reader for a long while.

A Boy Made Of Blocks

Ok, true confession: I do not know Minecraft. I’ve heard of it, yes, but was never really interested. I am familiar though with the concept as my daughter and I are huge SIMS addicts – we have all the expansion packs and more, so I know about world building through computers. This novel, though, is unique – as it shares how the game Minecraft allowed a father to connect with his young boy who was diagnosed with autism spectrum disorder. 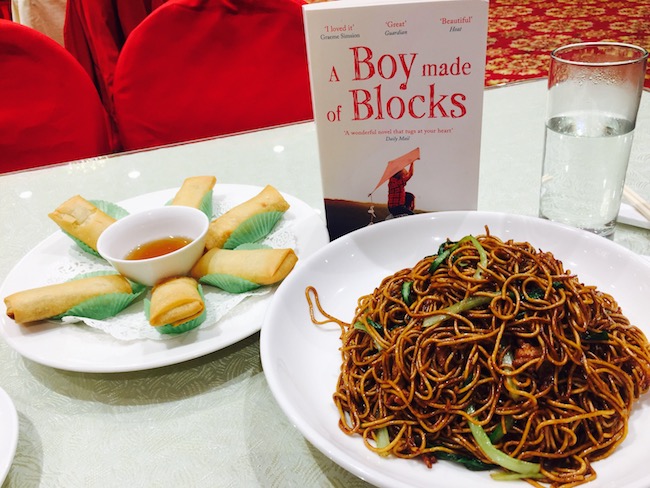 I typically remember a book I read based on where I read it. This is the book that I brought with me when I traveled to Shanghai for a speaking engagement a few weeks back. I didn’t think I would be able to finish it – but five hours of no in-flight entertainment going back to Singapore made it easy, plus the fact that Keith Stuart has a knack of writing prose that is so engaging, it makes the reader want to flip through the next page, and the next.

It was also very interesting to hear a father’s often-self-deprecating, funny-but-tragic account of what it’s like to raise a young child with autism – especially as he was “chucked out” of the house (yes, it’s a very British novel) by his wife who feels that he is often “absent” even when he is around. Add the fact that he was rendered “redundant” by his company that he didn’t particularly love (but it pays the bills). While there is despair and a bit of pity-party going on, there is still something innately likeable about the father – despite his fear of his own child, his reluctance to take on more responsibility in his own home, and his lack of a discernible direction as to where his life (and his family’s) would move towards.

I was especially taken by how Stuart explored how caring for a child with special needs can be so all-consuming that it eclipses everything else – even the love that the protagonist, thirty-something-Alex, shared with his wife, as their interactions gradually revolve around speech therapists, the search for the perfect school, and dealing with the inevitable meltdowns – to the exclusion of everything else. There were also a number of side stories that were happening with other family members, and their family friends – that are just so exquisitely developed they can have their own novel spin-off later, I feel.

There are moments here that are just rendered so beautifully, such as the camping trip that father and son took together (that was especially fearless, I thought); or that trip to London with Alex’s globe-trotting sister who is trying to flee from her own grief; that singular incident at the pub when Alex’s son Sam made friends with a pub regular who is usually reclusive and rejects any kind of human interaction apart from his chess set (turns out he may actually be in the spectrum as well) – and that last scene that made me cry shamelessly while in the airplane. I am hopeless that way.

When I read the Acknowledgment page at the back and the Author’s Bio, it says how Minecraft has indeed changed the author’s life and his relationship with his sons, one of whom was also diagnosed to be on the autism spectrum. I find that I read very few novels written from a father’s perspective: portrayed with such refreshing candour and playful self-disparagement that doesn’t come off as annoying, just true. If you haven’t read this novel yet, I would unreservedly recommend it.

I also found this youtube clip by a Wizard Keen that was apparently inspired by the novel. Enjoy!