I was pleasantly delighted to note that two of the award-winning and highly-respected graphic novelists have turned their hands into creating fabulous picturebooks last year: the amazing Cece Bell (of El Deafo fame) and Vera Brosgol (known for her Anya’s Ghost).

I didn’t realize how a first grade’s show-and-tell can ultimately be romantic and sweet and awww-inducing, but apparently it could.

Spoken in first-grader Caroline’s voice, she shared how she brought her grandfather’s ukulele from Hawaii during show-and-tell (doesn’t matter that she doesn’t know how to play it) – while another classmate named Chuck brought his pet named “Woodchuck” who stole the entire show that day, so much so that the teacher agreed to let him come to school every day. 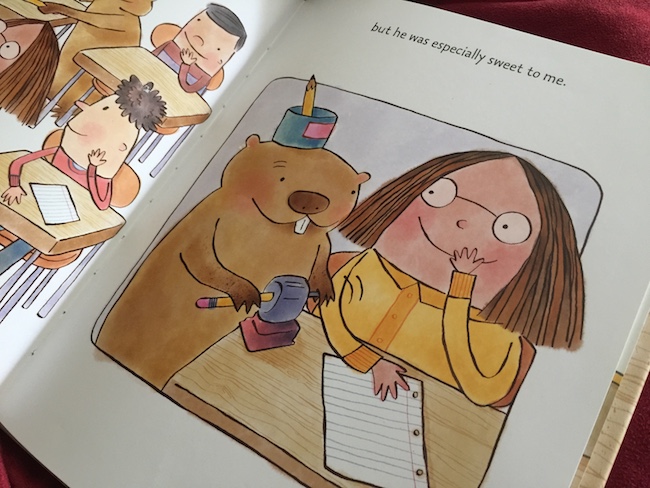 It became gradually evident over the next several days how Woodchuck seems to especially favour Caroline, doing little things for her, ensuring that she doesn’t get cold when she plays outside, or giving her a cupcake when hers fall down during a party.

Yet, when she extends her gratitude to Woodchuck’s Chuck, he turns a beet red and would not say anything or just mumble incoherently! This would be a great book to pair with Peter McCarty’s Henry In Love or even Ingrid Chabbert and Raúl Nieto Guridi’s The Day I Became A Bird – it is a sweet reminder of childhood crushes and innocent romance.

This old woman who lived in a tiny house belonged to a large family of young kids who seem to be everywhere at all times.

Winter is coming and the old woman is hell-bent on completing her knitting for the young ones, but for some odd reason, she can’t seem to make any headway with her task. Eventually she became fed up with all the running around and the endless distractions, that she packed up her bags with all her wool and knitting needles and yelled: 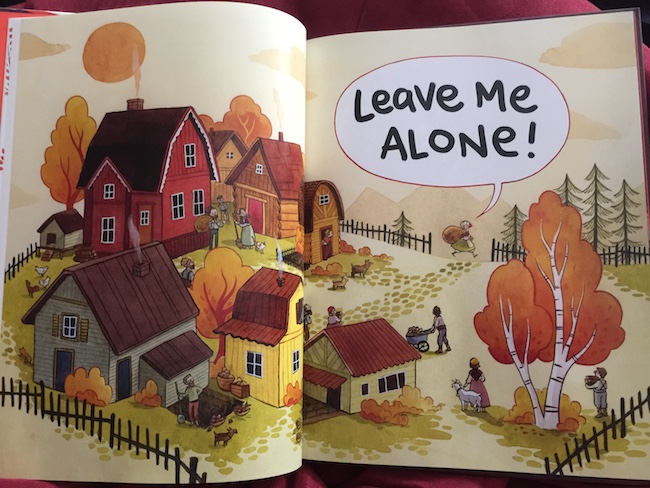 Yet everywhere she goes, be it in the forest or in caves in mountain sides, the grizzly bears and the mountain goats seemed singularly determined to disturb her concentration, even the aliens in outer space were not much help:

When she finally stepped into a wormhole and found absolute quiet and finished all her knitting and drank her tea from the samovar, she realized one important thing:

How the story ends, I shall leave for you to discover. Suffice it to say both graphic novelists I felt introduced something profoundly interesting to the picturebook genre, be they text-bubbles or rounded panels – and I am immensely happy to see more of these crossover of genres happening in children’s literature. Two 2016 picturebooks that should definitely be added to your libraries.