I meant to share this novel during our Crazy about Comics Reading theme, but realized that it would still fit into our current reading theme, because truth be told, what greater mystery is there than love and the vagaries of memory.

In Search of Lost Time: Swann’s Way (A Graphic Novel)

…the places we desire take up much more space in our authentic lives at any given moment than do the places in which we actually find ourselves… (p. 171)

My first dalliance with Marcel Proust was through the book On Reading which was co-authored with John Ruskin. I was fascinated by the love affair with reading that Proust shared in that little novelette. Apparently, much of what was reproduced in that little book came from his In Search of Lost Time which has now been adapted into a graphic novel. It was with a sort of wonder that I found myself re-reading passages that I knew were distinctly familiar:

Look at that hiding place in the image above – that’s a true nook for reading, if ever there was one:

I love how there is such an unabashed affection for reading that brings this young boy to places far from where he is. But beyond this, there are also the vagaries of memory and the famous madeleine and tea – which brought into consciousness these flavours of reminiscences buried deep within the man: 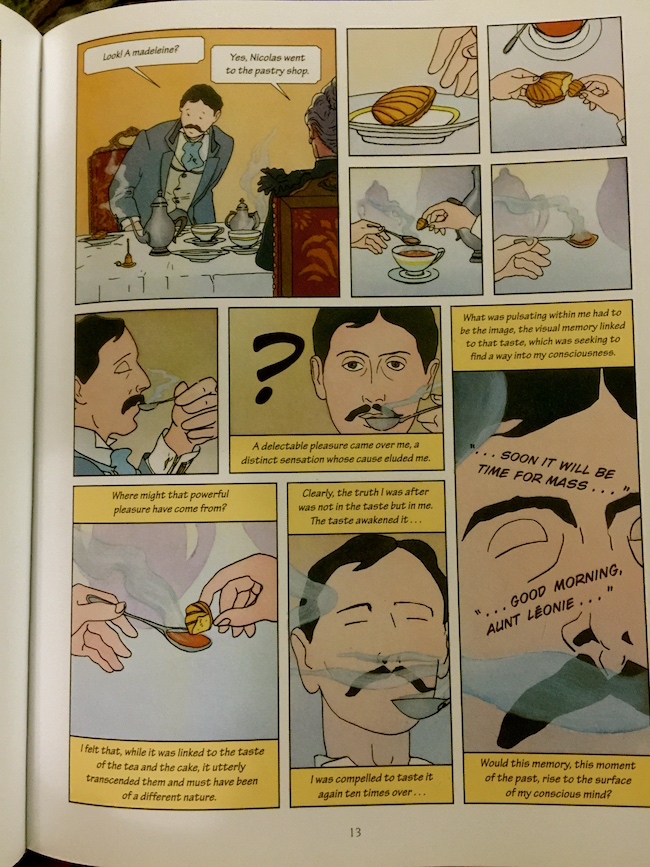 So this is the famous Proust’s madeleine dipped in tea and the surging strength of resurfacing memories long gone, bringing with it traces of youth, forgotten greetings, and an entire landscape etched in time:

Beyond a doubt, I was taken by Proust’s prose (translated though it may be) – and its meandering, lyrical, almost-singsong quality:

And it isn’t just the narrator’s reminiscences that seemed powerful in this borderline-stream-of-consciousness novel that leads one way, then another, leading to yet another avenue of thought, or a provocative turn of phrase that leads the reader to another winding path of flowing words. Case in point would be the old man Legrandin who insisted on dining with our young narrator as he rhapsodizes about life and the moonlight: 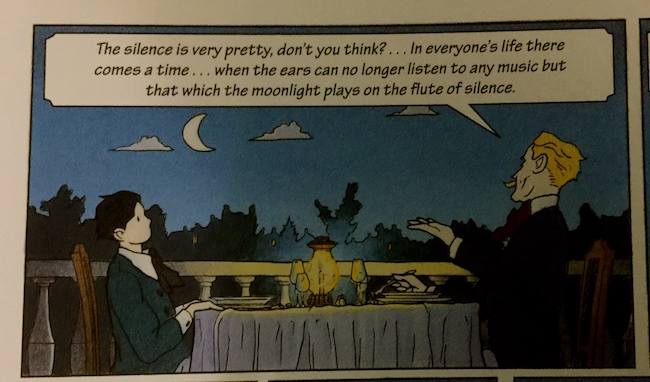 The meat of the story, however, lies in Swann’s affair with Mdm Odette de Crecy who played Swann like a flute (and so many other men besides) that his resistance was futile as was his yielding inevitable and quite obsessive.

He is the picture of a man who successfully deceives himself as he strives to over analyze (without appearing to himself that he is) as he gradually unravels in the hands of a woman whom he did not particularly like anyway. Most importantly, there was also Odette’s deception and how his entire conception of their relationship, its very foundation, was built on the proverbial feet of clay: 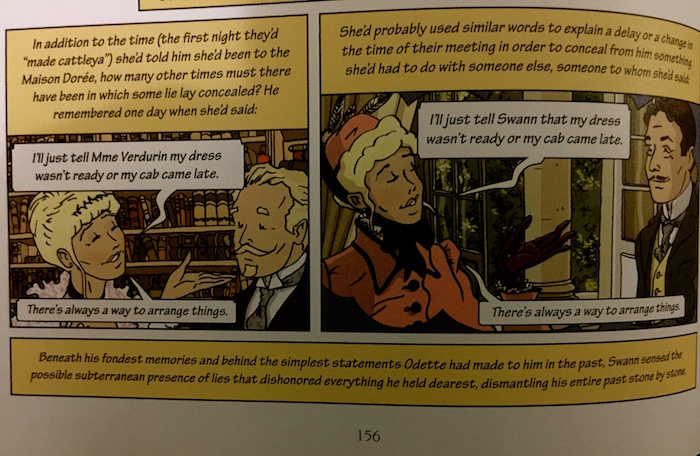 There is beauty here, so much of it that fills the senses – the thickness of the book, the scent of the new pages, the exquisite art where much soul has been poured into the landscape, 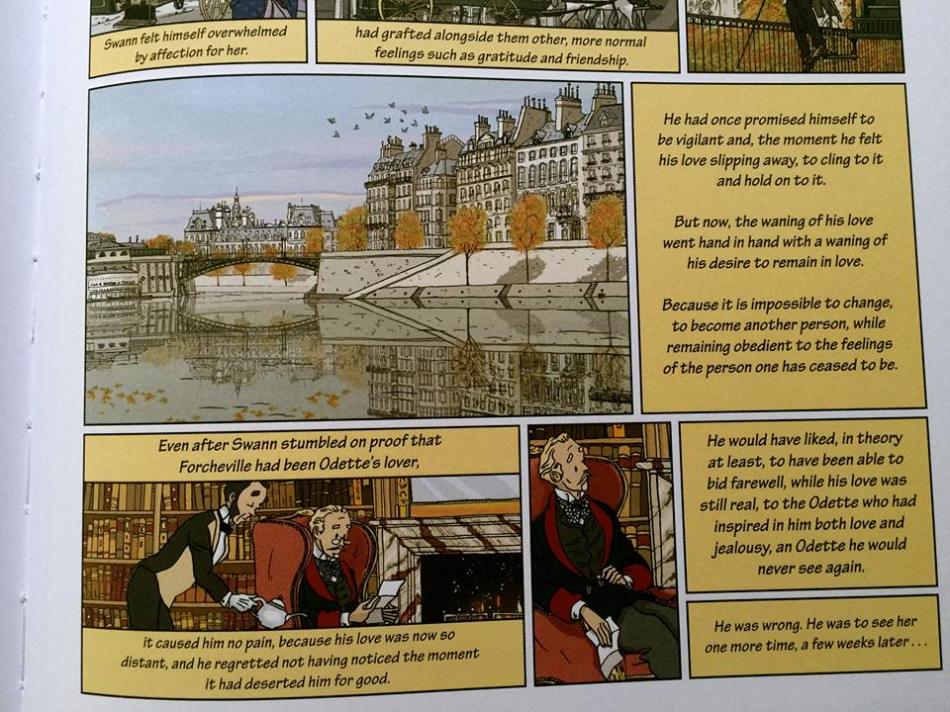 the slightest change in facial expressions of the many characters (the royalty, the profane, the ordinary), the vibrant dialogue, the attempts to remain faithful to Proust’s prose, and the commendable intention to render the sequential art aesthetically orderly, the overall design and layout a joy to behold.

Needless to say, this book is a work of art. It will be a privilege to own this and have it be part of my book collection. 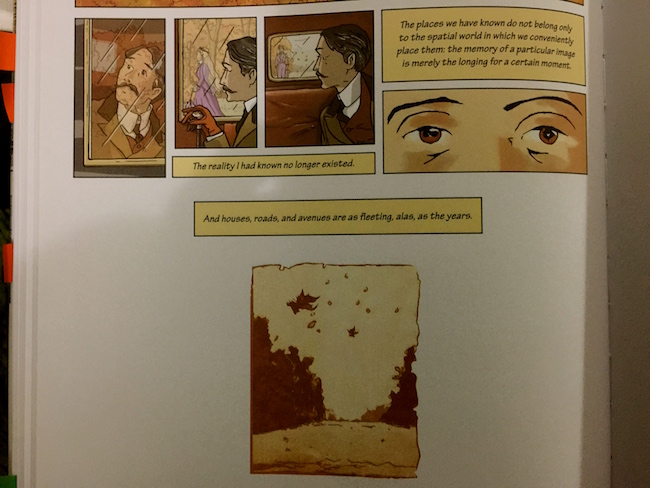 3 comments on “The Ultimate Mystery of Love and Memory in Proust’s “In Search of Lost Time: Swann’s Way” – A Graphic Novel Adaptation”