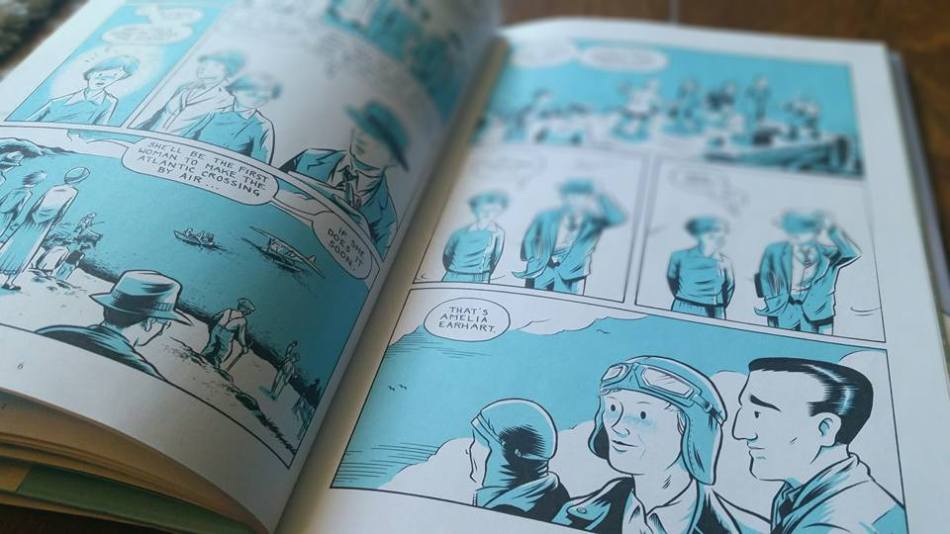 Told in graphic-novel style, this biography of Amelia Earhart by Sarah Stewart Taylor and Ben Towle is probably one of my favorite juvenile non-fiction reads. Amelia Earhart was one of the world’s most celebrated aviators. Born in Kansas, Amelia Earhart became known as the first female aviator to fly solo across the Atlantic Ocean.

“Women must try to do things as men have tried. When they fail, their failure must be but a challenge to others.”
– Amelia Earhart

In the Introduction provided by Eileen Collins, readers learn about Amelia Earhart’s life – her growing years, how she developed a love for flying, and her achievements as an aviator. What Sarah Stewart Taylor and Ben Towle did was to re-imagine a period in Amelia Earhart’s life that highlights Amelia’s strength and determination. 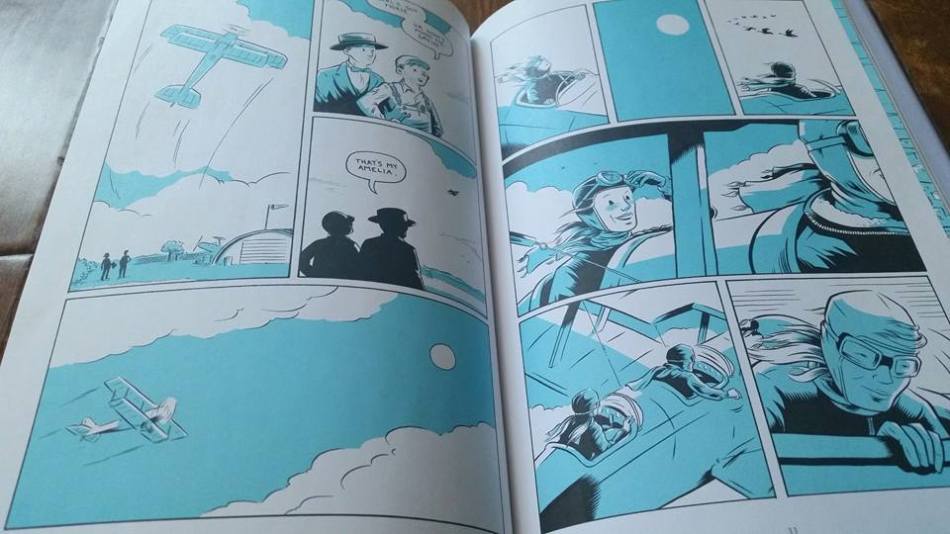 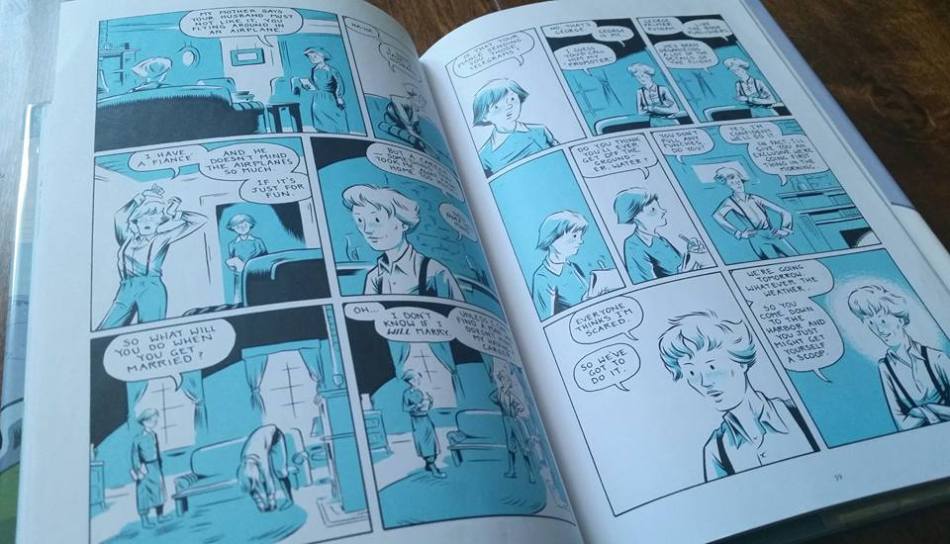 Taylor and Towle focused on Amelia’s triumphant flight across the Atlantic Ocean in 1928, adding the fictional story of a young, aspiring journalist named Grace Elizabeth. The graphic novel was, in fact, written in Grace’s point of view. It took place during the time Amelia Earhart set foot in Trepassey, a small fishing village in Newfoundland.

I had so much fun reading Amelia Earhart: This Broad Ocean. I loved the white and blue color scheme that the illustrator used in the book. This graphic novel included panel discussions in the back, as well as bibliography and suggested readings. The intertwined lives of Grace and Amelia Earhart, including their strong will and commitment to their dreams would serve as an inspiration for young readers. 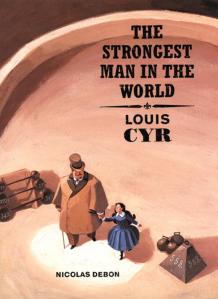 The Strongest Man in the World: Louis Cyr

I didn’t know who Louis Cyr was until I accidentally came across this book. Nicolas Debon’s presents us with another juvenile biography done in panels. I was originally planning to feature this along with Box Brown’s Andre the Giant: Life and Legend. The latter is intended for mature readers, and this post is meant to feature reading resources for kids. 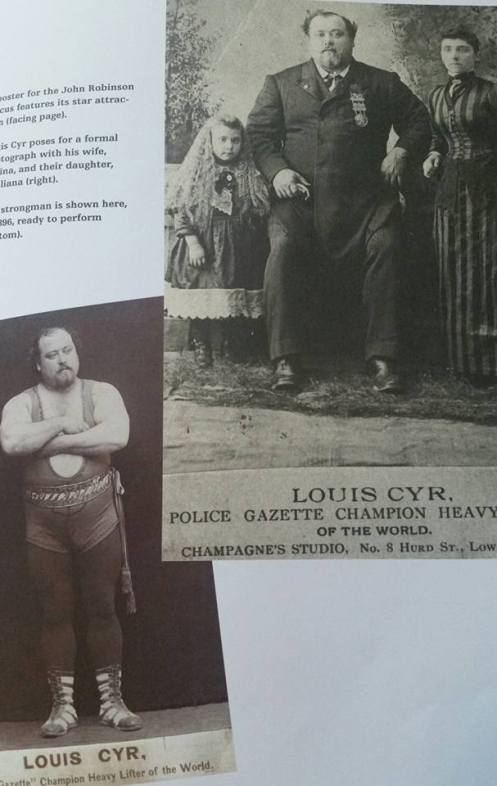 Louis Cyr was a famous French-Canadian strongman. Nicolas Debon’s work highlights some important aspects in Louis Cyr’s life. Cyr was born into a family of tall, robust, and strong people. His grandmother Philomène was over six feet tall and raised all seventeen of her grandchildren along with her husband.

The book talked about Louis Cyr’s rise to becoming the world’s strongest man. If Amelia Earhart: This Broad Ocean primarily used blue and white, The Strongest Man in the World used mostly brown, gray, and black. There’s a lot of storytelling involved in this graphic novel than meets the eye. The three-tiered panels are packed with words and information about Louis Cyr. His life story was told through flashbacks, and spoken by Cyr to his daughter. Like the other graphic novel I featured, this book shows the strength of one man, both in body and soul, and his impressive feats that remain unequaled to this day. If you are looking for a unique juvenile biography to read, then you might want to add this to your list!

4 comments on “[Nonfiction Wednesday] The Pilot and the Strongman: Biographies of Amelia Earhart and Louis Cyr in Panels”