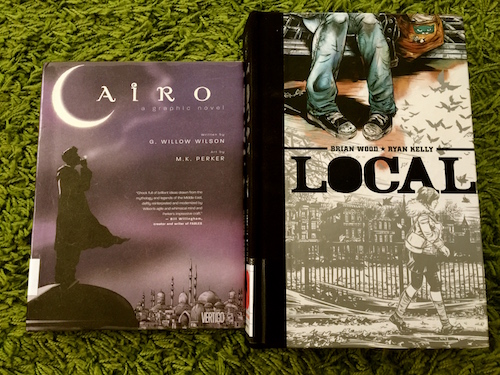 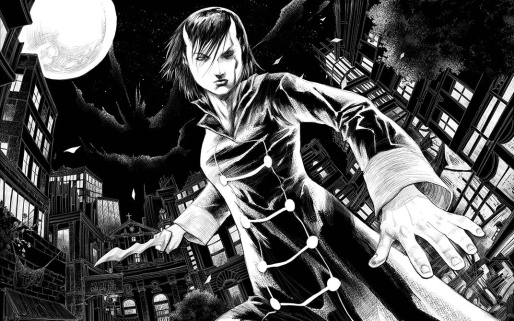 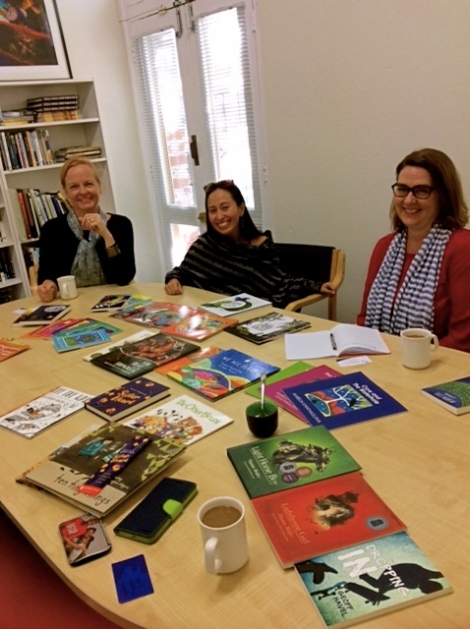 We’re also inviting everyone to join our Award Winning Books Reading Challenge for 2015 (#AWBRead2015)! You still have a few months left before the year ends to win book prizes.

Here is the sign up page and the September-October linky if you already have reviews up. One randomly-selected participant would receive a copy of Midwinterblood by Marcus Sedgwick courtesy of Pansing Books.

These are two fascinating graphic novels that are able to effectively capture a sense of place, such that the geography itself has a pulse, a character that breathes and is given life in the stories.

This is my first Brian Wood and Ryan Kelly novel and I didn’t really know what to expect from it, except that it was a hugely thick novel that appeared to be beautifully packaged. As I flipped through the pages, I was awed by the haunting black and white illustrations that are gritty with its occasional insertions of gore. It isn’t for the faint of heart clearly. 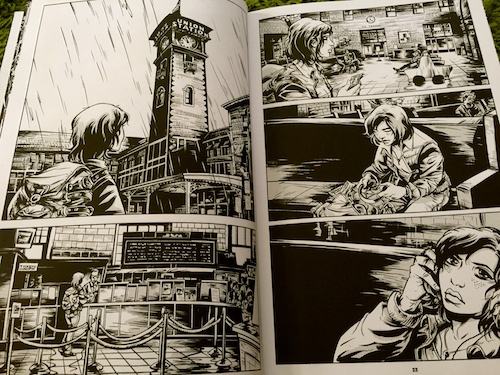 There are 12 stories (chapters) in all, originally intended to be published on a monthly basis for an entire year but which took two and a half years to complete. I didn’t just enjoy reading the stories, I also valued the detailed notes written by both author and illustrator found at the end of the book. In the very first story “Ten Thousand Thoughts Per Second” the author’s note indicated their goal for Local:

“Local, simply put, is a series of short stories about people and the places they live in. I’ve been a little obsessed with the idea of locations and hometowns for a while now, even creating my own little t-shirt company dedicated to it. Life operates differently when you get out of major population centers, and some of the best films I’ve seen and books I’ve read take place in locations I would never have thought about otherwise.”

Thus, each story takes place in different locations: from Portland Oregon to Minneapolis, and even far-flung places such as Nova Scotia, then more familiar ones such as Brooklyn and Chicago, and even Toronto Canada at one point. 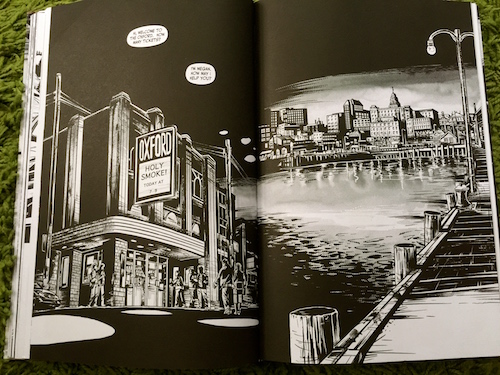 It became apparent in later stories, however, that Megan’s narrative would drown out all the other voices that were competing for attention in the creators’ consciousness. I liked that Megan was a flawed character at the get-go, there are few redeeming qualities about her. She is a drifter, a castaway of her own choosing, moving from one place to the next, taking the reader along with her for a ride that often ends in tearful goodbyes and hastily-scrawled notes, and with the faltering resolve to start over somewhere far from where she is currently.

Since I read everything as a whole, instead of waiting for monthly (or even longer on occasion) instalments for the next issues, I literally witnessed Megan grow into the woman she would eventually become. She is not attractive, she makes bad choices, and everything appeared dispensable for her including lovers, cousin, brother, even her own identity is a mere name that can be faked in a disposable ID thrown into the trash bin after it has served its purpose. 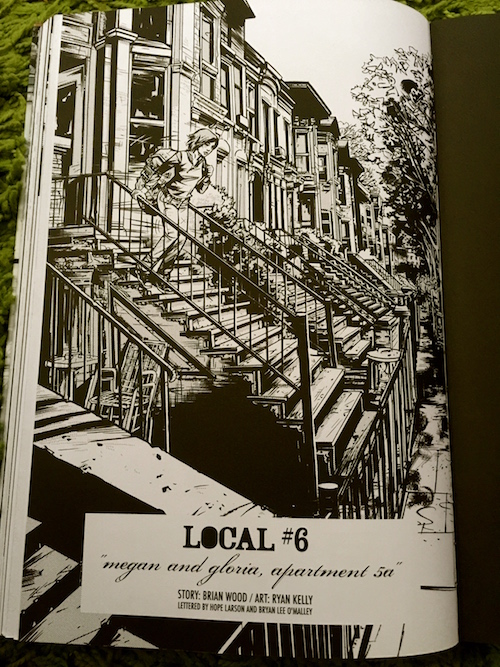 I appreciated how the sense of place is illuminated with such painstaking detail by both author and illustrator and their notes pointed towards the kind of research they have done to establish accuracy and a deft sense and vibe of the locale and its spirit.

From autumn leaves to a crowded restaurant to an unfeeling bus or a graffiti-ridden toilet, the reader is taken from where they are and transported to a different place entirely that it almost seemed physical – such is the effect of the stark black and white illustrations of Ryan Kelly that they almost seem like living and breathing photographs. This seemed like an indie noir film, one that you know would not end too nicely. Chapter 4 with the Two Brothers sealed Wood’s gravitation towards darkness and the decaying aspects of the human soul: 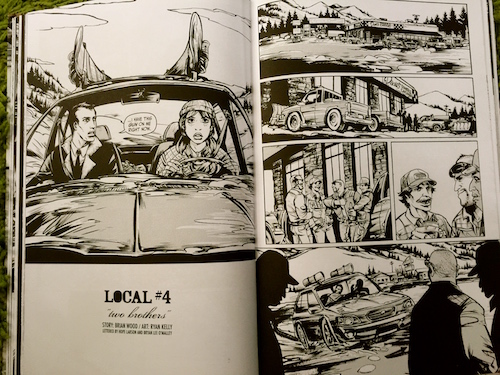 I didn’t like how everything ended so neatly, with Wood and Kelly feeling a need to wrap up Megan’s vagabond ways with a homecoming, underscoring that the destination remains more important than the journey itself – when their entire premise is predicated upon its total opposite. I felt that they built up something that they allowed to unravel in the end with a securely tied knot so that everything has a finely-drawn finish.

Regardless, this is a fine piece of work that I would unreservedly recommend to friends who have the stomach for achingly real stories that bring the reader over the edge.

When I read (and thoroughly enjoyed) G. Willow Wilson’s Miss Marvel, I knew I had to find her other graphic novels, and I am glad to see that we had this one available in our library in my institution.

While Miss Marvel is fun and captures the pulse of the average teenage girl, this graphic novel demonstrates in full Wilson’s masterful storytelling skills as she successfully weaves together five seemingly disparate stories of a free-spirited, look-after-yourself-first hashish smuggler,

a journalist who feels a sense of almost-resigned futility in his chosen profession,

a well-meaning American girl whose privileged background allows her to see this kind of overseas trip as a form of cultural immersion and her way to be removed from the drudgery of comfortable suburban life.

Then there is the potential-suicide-bomber Lebanese American student filled with angst and whose purpose in life was put into question by the presence of magic,

then the kick-ass female Israeli soldier who simply wants to go back home. 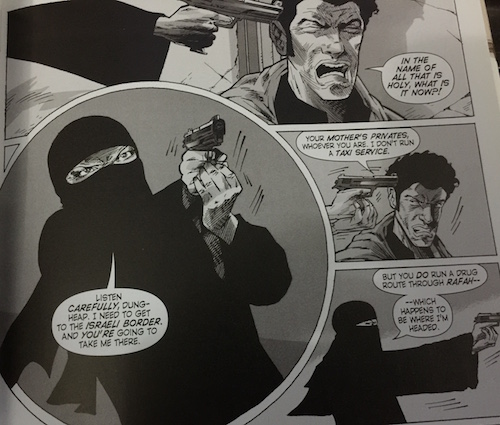 How Wilson managed to juxtapose all these characters in one riveting and engaging read is a testament to her skill as a storyteller. 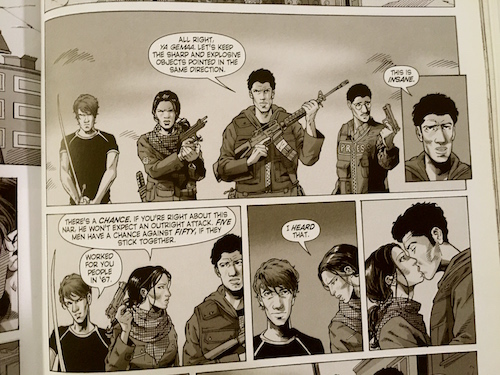 I especially enjoyed the seemingly-unintended love interest in the story, the collective band of unlikely heroes, the occasionally pointed insertions of social commentaries, and poetry. I love how Rumi seems to be a constant in G. Willow Wilson’s writings.

It also allowed me a glimpse of Cairo as a vibrant city, peopled with diverse characters, and always always with a touch of magic.

I am glad to share that I had a productive reading week, as I was able to finish two novels: The Circle by Dave Eggers (which my book club at the National Institute of Education – GatheringReaders at NIE – will be discussing this week) and the graphic novel adaptation of In Search of Lost Time: Swann’s Way by Marcel Proust. Adaptation and Drawings by Stephane Heuet and Translated by Arthur Goldhammer. 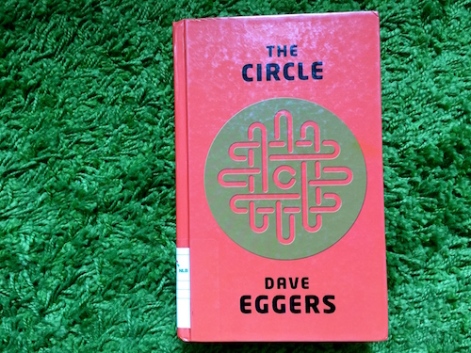 For this week, I am planning to finish reading The Rest Of Us Just Live Here by Patrick Ness which my other book club (Saturday Night Out for Book Geeks) will be discussing in November. 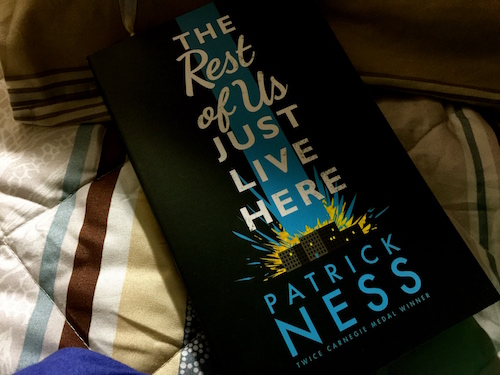 I am also hoping I can start reading Seraphina by Rachel Hartman which my book club with young readers (GatheringReaders) at Jurong West Public Library is discussing this November. Yes, it is sometimes difficult keeping up with three book clubs! But I’d be lying if I said I am not enjoying myself.