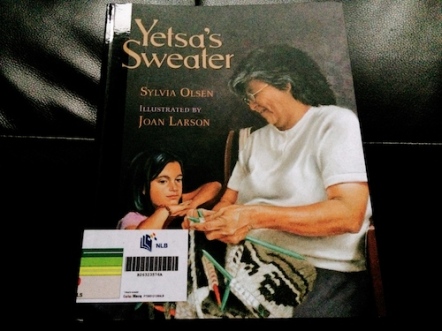 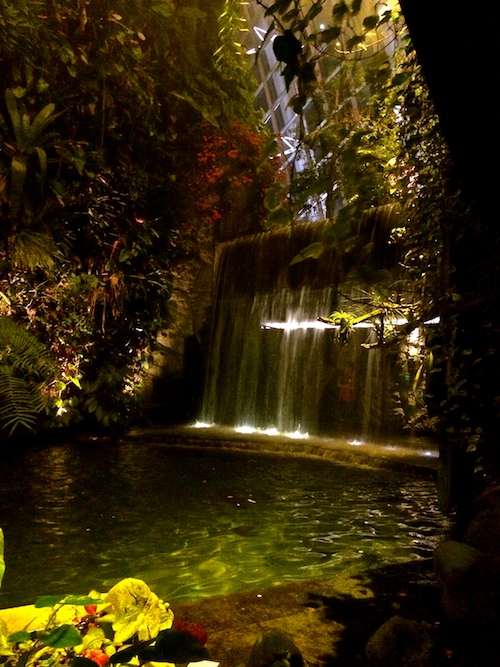 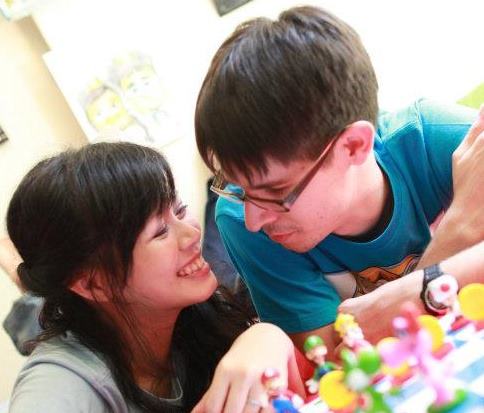 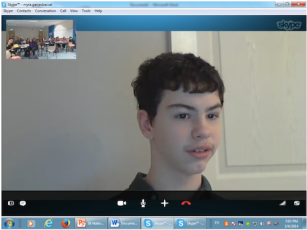 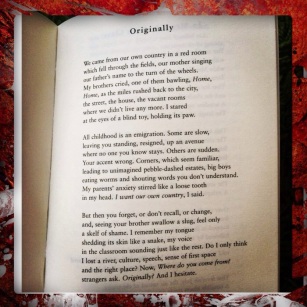 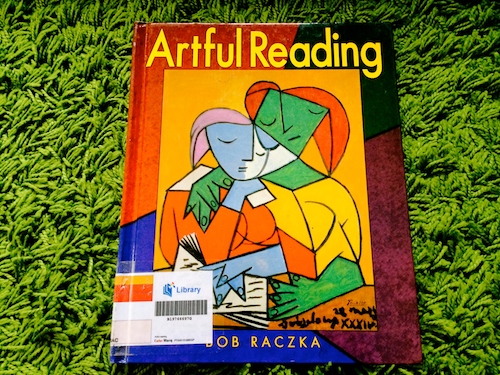 We are also very excited to share that Pansing Books will be giving away copies of Hugless Douglas World Book to two lucky CORL participants from Jan-March. So link up your posts now!

I used these two picture books as part of a text-set in my Multicultural Children’s Literature Class. I love it when there is a synergy between what I do in the university and our themes here in GatheringBooks. Makes life significantly easier for me. 🙂

Written by: Page McBrier Illustration by: Lori Lohstoeter
Published by: Aladdin Paperbacks, 2004
Borrowed from the library. Book photos taken by me.

The setting of this book is in Western Uganda, in a small African village named Kisinga. The young protagonist, named Beatrice lived in a mud house with her mother and five younger brothers and sisters, and a goat named Mugisa.

Before Mugisa joined the household, the narrator of the story talks about how Beatrice helps her mother out in the house, watching over the younger children, and making sure that they have something to eat by helping out in the fields.

The family also did not have enough money for Beatrice to attend school:

Once in a while, when she was tending baby Paskavia, Beatrice would stop by the schoolhouse. Often, the students had carried their long wooden benches outside to work under the cool shade of the jackfruit trees. Then Beatrice would stand quietly off to one side, pretending she was a student too. 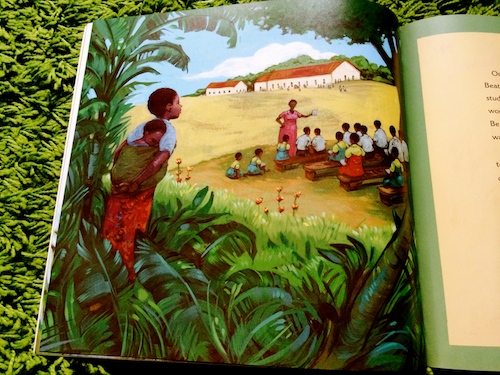 This is a beautiful story that portrays the power of perseverance, the transformative power of authentic help that goes beyond palliative remedies or short-term charitable acts that may ultimately be meaningless to a family in need. It also speaks of a young child’s steadfast and hopeful belief on the value of education.

I did not find poverty to be romanticized nor was it depicted to be something tragic or deserving of pity. It simply is. The Author’s Note also indicated that the creators of the book Page McBrier and Lori Lohstoeter also had a chance to meet the real Beatrice in Africa. In the Afterword written by Hillary Clinton, she wrote about Heifer International and how it attempts to transform lives by providing resources, training and community support.

Written By: Naomi Shihab Nye Illustrated by: Nancy Carpenter
Published by: Aladdin Paperbacks, 1994
Borrowed from the library. Book photos taken by me.

I am familiar with Naomi Shihab Nye’s poetry, but not so much her YA novels and this lovely picturebook. In keeping with Nye’s lyrical text, this book contains her poetic spirit complemented by achingly beautiful artworks deftly created by Nancy Carpenter.

In Sitti’s Secrets, the reader gets to know young Mona who visits her grandmother in a small Palestinian village. She described their meeting in this fashion:

My grandmother and I do not speak the same language. We talked through my father, as if he were a telephone, because he spoke both our languages and could translate what we said.

I called her Sitti, which means Grandma in Arabic. She called me habibi, which means darling. Her voice danced as high as the whistles of birds. Her voice giggled and whooshed like wind going around corners. She had a thousand rivers in her voice.

When I shared this picturebook with my higher-degree students, they noted that this may resonate with a lot of Singaporean children, who experience a similar language barrier with their own grandparents; the former speak primarily in English while the latter may communicate more in their native dialects.

In this picturebook, one is able to see the language of play, symbols of love, and expressions of affection that transcend linguistic differences. The simple acts of togetherness: doing the laundry, drinking lemonade with mint, and playing marbles with cousins who live next door transform everyday activities to something luminous – filled with warmth and undisguised affection. 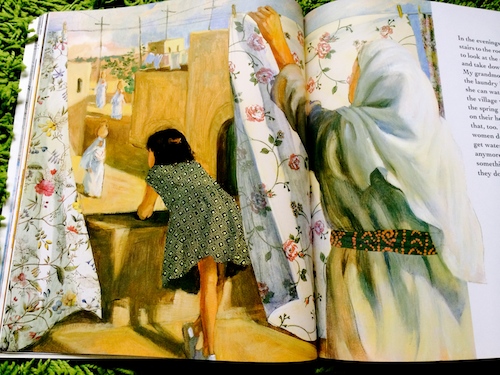 What Mona did when she returned home to the United States and what Sitti’s secrets are, I shall leave for you to discover. There is just so much love here. I echo what Naomi Shihab Nye noted in her Author’s Note: “If grandmas ran the world, I don’t think we’d have any wars.” Amen. 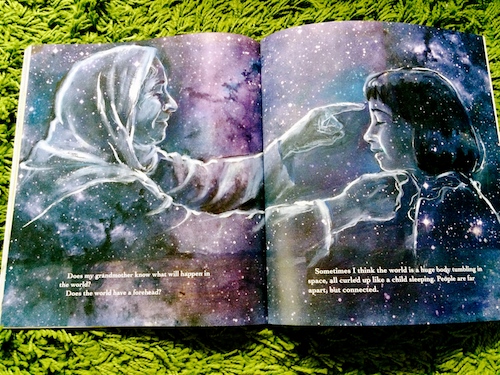 I have already finished reading The Selected Works of T. S. Spivet by Reif Larsen which I hope to feature for our current theme in the coming weeks. Now currently reading Miss Peregrine’s Home for Peculiar Children by Ransom Riggs. Between watching True Detective and reading the King in Yellow (I downloaded the e-book version from our public library) to Miss Peregrine’s Home for Peculiar Children as my bedtime read, I feel like I am in the midst of HBO’s Carnivale, inching my way out of the darkness one.word.at.a.time. One harrowing narrative after another.

14 comments on “[Monday Reading] Of Goats and Secrets”