As our bimonthly theme, A Game of Thrones, comes to a close, allow me to share a few books that I borrowed recently. Of the picture books I read this week, these two were my favorites.

The Prince and the Salmon People

Long ago, in an Indian village surrounded by snow-capped mountains and lush green forests, a prince was born the very moment the first spring salmon swam up the river and into the fisherman’s nets…

Claire Rudolf Murphy’s The Prince of the Salmon People is based on the interviews of anthropologist Franz Boas with the elders and craftsmen of the Tsimshian tribe. As noted in the last few pages of the book, the Tsimshian (Tsim-shan or TSIM-shee-an) are known for their beautiful canoes and wood carvings. They fished, hunted, and lived in groups of families in large cedar-plank houses built in northwest British Columbia and, later, in the southeastern Alaska community of Metlakatla.

The book tells the legend of the Salmon People that have been told for centuries by the many tribes of the Northwest Coast Indians. When the prince was born just as the first spring salmon arrived to the village, a shaman placed a necklace with a salmon charm around the baby’s neck. The prince’s birth was considered to be a blessing. Every year, during the season of the First Salmon, the boy wore his salmon necklace and the catch would be plentiful.

As years went by, the village had became so busy that the people had forgotten to perform their rituals. By the time the prince was old enough to catch spring salmon with the men, almost no fish swam by the village. One day, the prince’s companion started crying because he was hungry. Sympathizing with the boy, the prince looked around the house for something to eat. He found a dried salmon inside one of his mother’s food boxes. He cut a small piece off the fish and gave it to his companion. The prince’s mother found out and she was so furious that she would not listen to her son’s explanation. Later that night, the prince decided to run away from home.

The young prince awoke when the canoe landed on a sandy beach in front of a large village where children were playing. The cedar houses were decorated with carved figures of spring salmon. In the middle of the village stood a very large house adorned with a huge carved spring salmon. The fish was painted so brightly that the prince thought it was real.

It was revealed later on that the prince had been brought to the Spring Salmon People’s world. Why did the Salmon People bring the prince to their village? Would the prince ever find his way back to his own village? I leave the answers for you readers to find out, and perhaps more.

The Prince and the Salmon People was the last book I picked up that day, and I didn’t see it until I was already in line to check out the books in my library basket. I’m glad I made a dash for it, though. I knew very little about Indian tribes, let alone the Tsimshian people. Claire Rudolf Murphy’s beautiful tale and Duane Pasco’s stunning drawings helped me get to know the Tsimshian tribe better.

I like how the book showed man’s interconnectedness with nature as seen through the symbiotic relationship between the Tsimshian villagers and the Salmon People. It was also wonderful to see samples of Northwest Coast art through the color photographs that are a striking contrast to Pasco’s black and white illustrations. Storytelling and cultural context are merged beautifully in this picturebook. Although The Prince and the Salmon People is longer than the average forty-page picturebook, it presents a story so rich and magical that children would be sure to appreciate. 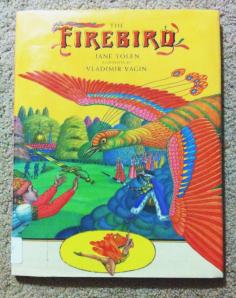 In a certain land, in a certain kingdom – as they say in old Russia – on the far side of a certain tangled wood, a garden shimmered like a green jewel…

Jane Yolen’s The Firebird is based on a Russian folktale and the Balanchine/Stravinsky ballet. The story is made up of characters that are well-known in Russian tales. There is Kostchei the Deathless who is always portrayed as the villain of the story. There is also Prince Ivan, a typical albeit popular hero known for his handsome looks and good hunting skills. Then, of course, there is the magical and mysterious Firebird, also known as Zhar-Ptitsa in many Russian tales. 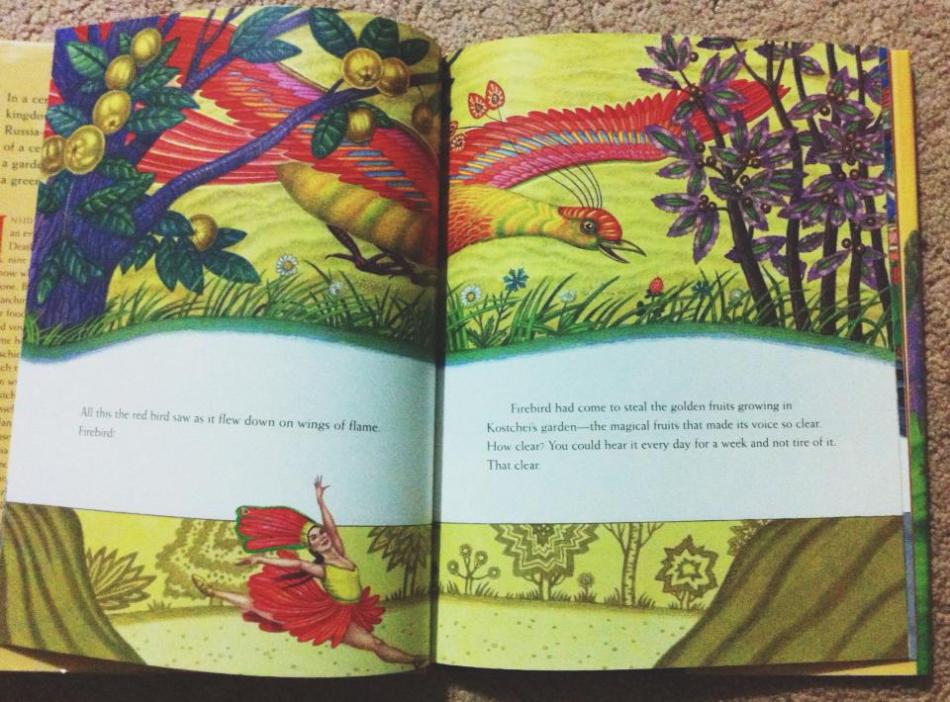 The story of The Firebird is quite simple. In a kingdom in Russia, nine maidens were imprisoned by an evil wizard named Kotschei the Deathless, so-called because he could not be killed. The nine maidens were the only ones alive. The wizard of darkness had turned to stone those who had tried to rescue the maidens. In the woods not too far from the kingdom, Prince Ivan was hunting for food. Unfortunately, he could not find any. He thought his luck was about to run out until he came upon the golden fence that surrounded the wizard’s garden. Will the prince finally find something to eat? Or will he be the one that gets eaten? And where does the Firebird come in? 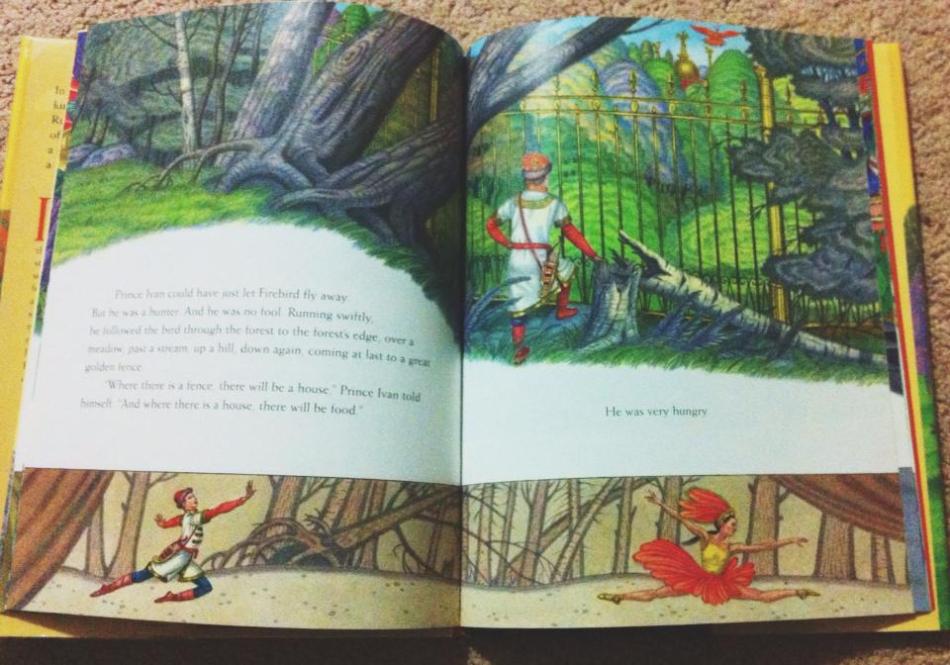 I’m more familiar with Jane Yolen’s poetry picturebooks so it was such a delight to find a copy of The Firebird in our library. Thanks to social media, I was reminded that yesterday was National Tell-a-Fairy-Tale Day. The Firebird is definitely a good tale to read and share with other people.

The book was inspired by Jane Yolen’s dream of becoming a ballerina when she was a little girl as well as Maria Tallchief’s ballet performance as Firebird in 1949. This is an excerpt from the Author’s Note in the back of the book:

I was one of the thousands of little girls who wanted to become ballerinas, but I was luckier than most. I got to train at Balanchine’s School of American Ballet. We students were allowed to watch rehearsals, but only if we were absolutely quiet and did not move out of the room the entire time – not even to get something to eat or to go to the bathroom. Once out, you were not allowed back in!

One day Maria Tallchief hung her practice tutu on my locker. I took it as a sign. I vowed that I, too, would one day dance Firebird.

Art, magic, and poetry are seamlessly woven in the story of The Firebird. It almost makes me feel like I’m reading another poetry picturebook. Jane Yolen’s narrative is complemented by Vladimir Vagin’s vibrant paintings that divided the page in three. The paintings on top bring to life the lyrical text found in the middle, while the ones on the bottom depict the Balanchine/Stravinsky ballet. It made me think of Cirque du Soleil’s performances.

I noted in my personal page that sometimes it’s not just the book itself but also the story behind the book that is beautiful, just like the one I have shared with you from the excerpt above. It’s always a pleasure reading a book written by Jane Yolen, and The Firebird is no exception.

3 comments on “Of Princes, Salmon People, and a Wizard That Could Not Be Killed”