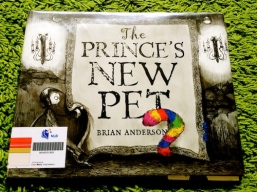 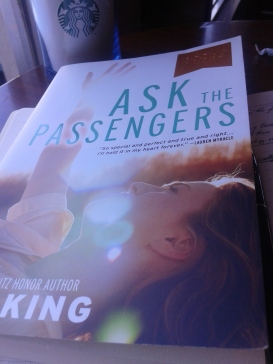 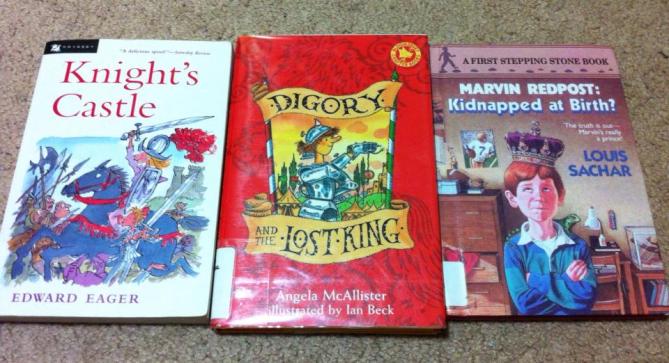 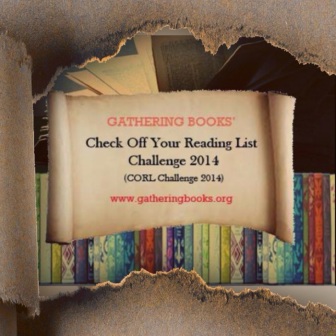 We have just announced the winners for Cybils 2013 during Valentine’s Day, and so we are taking a break from our current bimontly theme to do a CYBILS highlight (which we have been doing as well for Cybils Saturdays this January-February). I am very privileged and thrilled to once again be one of the second round judges for one of my favorite genres in children’s literature.

With the exception of Journey by Aaron Becker which I have already read and reviewed a few months ago, and Mr Tiger Goes Wild which I will be reviewing this Saturday, these are the finalists for the fiction picture book category.

Written by: Pat Zietlow Miller Illustration by: Anne Wilsdorf
Published by: Schwartz & Wade Books, 2013
Borrowed from the library. Book photos taken by me.

Sophie is an unusual little girl who, for some reason, decided to transform the squash that her parents bought from the farmers’ market to her very own pet.

At home, Sophie used markers to give her squash a face. Then she wrapped it in a blanket and rocked it to sleep.

Sophie named the squash Bernice who gets a hug, a kiss, and her own baby bottle in her very own crib. 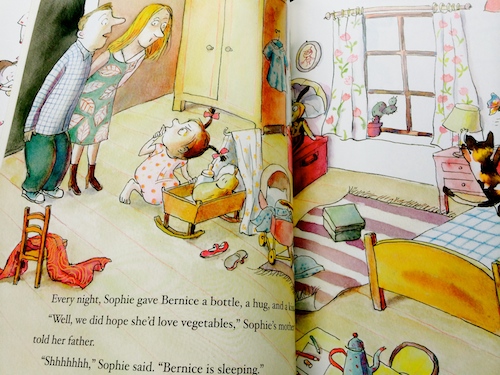 I enjoyed the endpapers of this book as well as the overall layout and design. I also found the child to be animated, fun, lively, despite its minimalist expression; and the girl’s ardent desire to nurture, love, and be loved. Parental presence is there but never really intrusive, nor patronizing or condescending, just conveying a sense of gentle understanding.

Storyline is good as well with surprising puns (case in point would be Bernice having ‘freckles’ instead of spotty things) which made me laugh aloud. The best thing for me as well is the mention of the library and the concept of growing things and the entire cycle of growth and letting go. Final endpapers also show Bonnie and Baxter, further reinforcing that concept of growth and comfort with play, fun, and imagination. 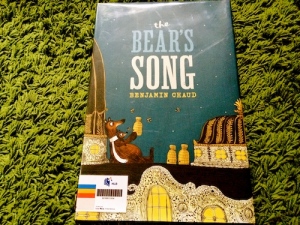 Written and Illustrated by: Benjamin Chaud
Published by: Chronicle Books, 2013
Borrowed from the library. Book photos taken by me.

It is winter. Time for bears to hibernate and dream winter dreams. Little Bear however, has a different thought in mind. Little Bear chases after a busy buzzing bee as he is “caught up in honey thoughts to hear winter’s whisper.” Isn’t that beautiful? 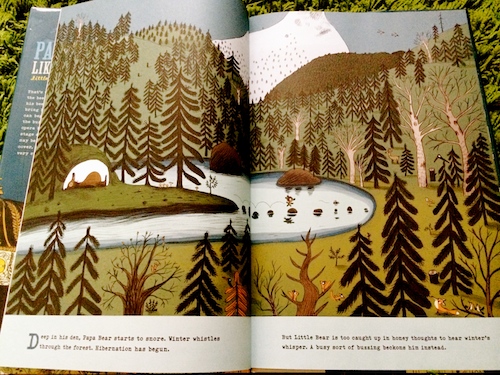 And so Papa Bear chases Little Bear who is in turn chasing an elusive little bee all over the city to the grand theater house with beautifully-dressed people ready for a night at the opera.

I have a special fascination with narratives like this and I am truly awed by the illustrations. I like the consistency of the design and layout – with sparse text found at the bottom end of the page and full-spread artwork throughout the book. And yes, it did have a Where’s Waldo element to it, but with a bit of aesthetic refinement and delicacy as well, akin to Mitsumasa Anno’s journey books, but with a European feel and slant to it, with the occasional bright splashes of colors amidst the muted hues and shades. 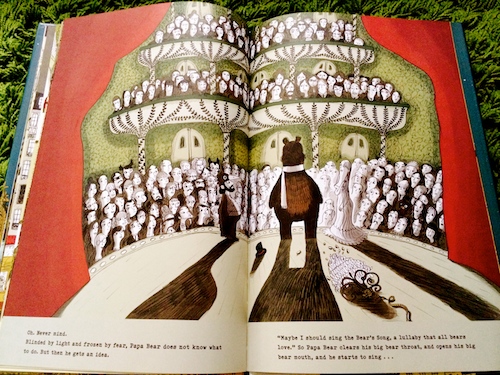 The picture above is my favourite from the entire book. Here, Papa Bear faces the audience, his back to the reader, frozen by fear, and the reader gets a glimpse of what he sees through his eyes. I love the extent a Father would go through just to find his missing child. Truly a gorgeous book, and I am happy that it is a 2013 finalist.

Written by: Mac Barnett Illustration by: Kevin Cornell
Published by: Disney Hyperion Books, 2013
Borrowed from the library. Book photos taken by me.

Now this one has it all practically, the bold colours, the counting, the monkeys (or its absence). I found it to be a very ingenious counting book and is perfect for a read-aloud with the ‘raise your hand’ before turning the page, moving hand in a zigzag, putting arms above one’s head – I could imagine kids doing everything along with the narrator who is evidently fun, playful, and silly. For kids who are well-read, they would also recognize a few intertextual elements with the lumberjacks taking care of the wolves (especially as they are bringing along their axes).

The book kind of acts like an iPad with that interactive quality to it as narrator speaks to the reader. This is an in-your-face kind of book that I can see appealing to high-energy kids. How many monkeys the reader would be able to count in the end, I shall leave for you to discover.

if you want to see a whale

This is the kind of book that would grow with the child in each retelling. Masking as a kind of instruction manual for a child who wants “to see a whale” this is really a poetic rendering of what it means to wait, and the value of ignoring everything else (a pelican, a potential pirate, not even the clouds floating in the skies) just in case you miss the whale passing by.

I love the collaboration between fogliano and stead. and then it’s spring brought unbidden tears to my eyes. I love how both books express a sense of gentleness and a palpable sense of quiet and seemingly-infinite patience. For children who are always on-the-go, climbing all over chairs and walls – their squealing glee would magnify the contrast through this book’s muted hues, consistently horizontal lines that evoke that sense of peace and soothing silence. And oh, the words, the lyrical text, the play with P’s  (pink roses, pelicans, possible pirates) – truly beautiful. This is my favorite from the book – so poetic and so artfully rendered. 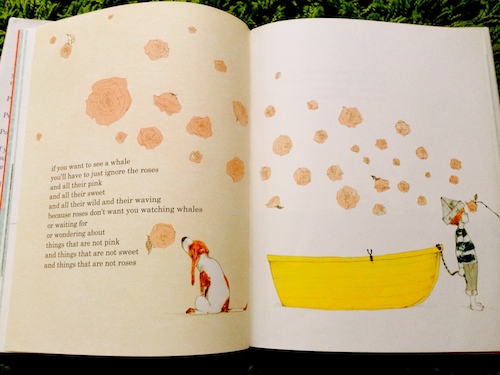 Written by: Jesse Klausmeier Illustration by: Suzy Lee
Published by: Chronicle Books, 2013
Borrowed from the library. Book photos taken by me.

I was thrilled to find out that this book is a finalist. Suzy Lee is no stranger to us here at GatheringBooks as we did a special feature on her creative process and her border trilogy. She was also one of the keynote speakers during the Asian Festival of Children’s Content here in Singapore in 2012. Now that she is back in Korea, we do miss her here in Singapore. 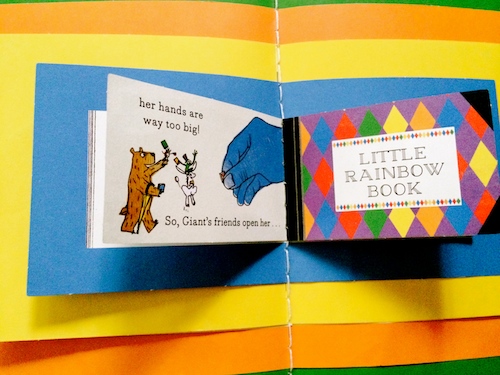 For those familiar with Suzy Lee’s Alice in Wonderland, this one is the kid-friendly, less dark, more colorful version of that book-within-a-book. I also consider this to be a publishing feat, add the color concept, the subtle interplay of helpfulness and sharing among friends for younger kids, 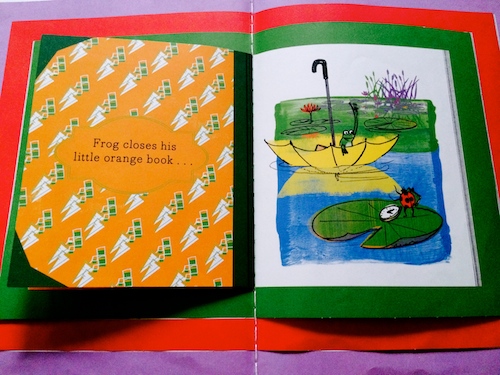 I already finished reading The Runaway King by Jennifer Nielsen. I found that I actually liked the first book compared to this one. On several occasions, I sensed myself getting quite impatient with Sage and his decisions. Things do get become more complicated with this one as the attraction between Imogen and Sage become more palpable, and new twists in the narrative (betrayal, deceit, hidden agendas) are unraveled. However, I couldn’t help but feel that Sage’s voice doesn’t really sound much like a teenage boy. Perhaps it’s just me, but his wisecracks here distanced his character more from me rather than drew me in. I also found his desire to protect Imogen to be quite predictable. I just wished that the latter acted a little less like the usual damsel in distress. Regardless, it was still a page-turner and I do look forward to reading the final book in the trilogy. 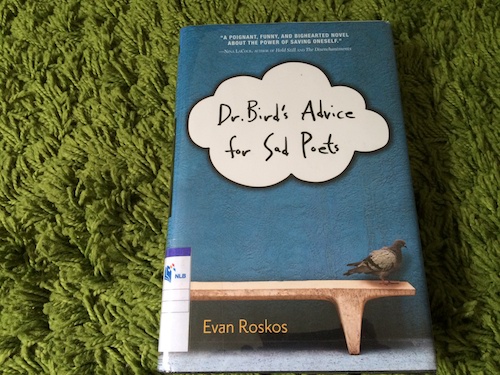 I also finished reading Dr. Bird’s Advice for Sad Poets by Evan Roskos. I am saving this one for our next bimonthly theme. 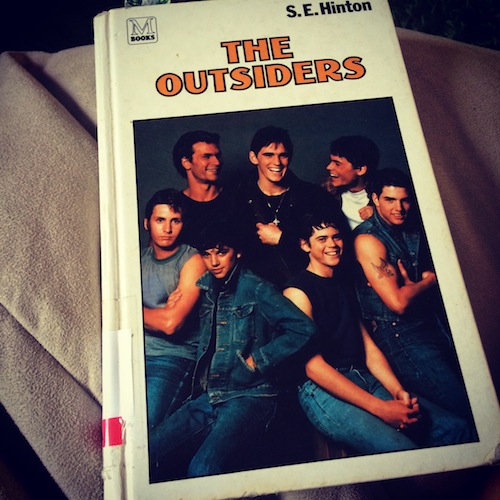 This is another book that I am currently reading in preparation for our next bimonthly theme: The Outsiders by S. E. Hinton. I am also looking forward to watching the Brat Packs. 🙂