These are two picturebooks that my daughter helped me find on the library shelves as we were sifting through possible titles that would fit our current theme on blue bloods and royalty. I like how these two picturebooks talk about makebelieve princesses – or are they?

The Princess of 8th Street

Written and Illustrated by: Linas Alsenas
Published by: Abrams Books for Young Readers, 2012
Borrowed from the library. Book photos taken by me.

This book tells the story of a highly imaginative girl who lives on [the Kingdom of] 8th Street and who fancies herself a Princess. She keeps up with royal duties such as reading books of what it means to be royalty, painting, dancing, singing. On occasion, though, she looks pensively out the window, as her stuffed ladies-in-waiting are mostly quiet. When the Queen invited her out, this little girl asked her lady-in-waiting to please fetch her cloak despite her brother’s annoying habits and resolve to ruin things for her.

I like how everything that this girl… oops Princess sees is tainted with her steadfast belief that she is indeed royalty. She keeps in character throughout the book. This bubble that she created, however, is threatened when her mother (the Queen) asked her to play with a few kids from the playground.

How she is able to play with the other kids while remaining to be who she thinks she is, I shall leave for you to discover. I like how this girl’s flighty spirit was depicted to be a reflection of how she sees herself, rather than a futile insistence to be someone else.

The Girl in the Castle Inside the Museum 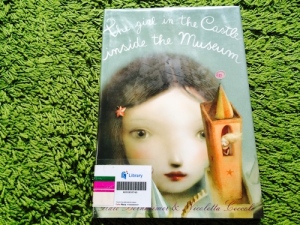 Written By: Kate Bernheimer Illustrated by: Nicoletta Ceccoli
Published by: Schwartz & Wade Books, 2008
Borrowed from the library. Book photos taken by me.

The book cover is what drew me to this picturebook. I read the story twice as the narrative confused me a little bit, particularly in the latter part, when there was an attempt to craft a story within a story.

A small castle inside a glass globe is found on display in a museum. The children were told that if they looked closely enough, they would be able to see the girl who lived inside the castle.

The story says that the girl has lived in the castle forever. Then the narrative shifts to depict the story from the girl’s point of view as she gets lonely when the children leave the castle and go back to their homes, leaving her alone despite the beauty of the castle’s turrets and moats and dark winding streets. 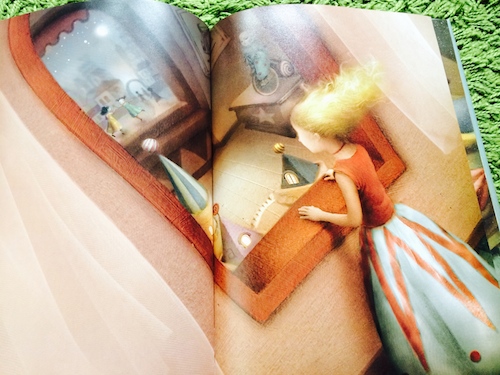 The artwork is a perfect match to the whimsical, dream-like quality of the storytelling, with an attempt to draw the reader into the story with this girl’s bright idea. What this is, I shall leave for you to discover. 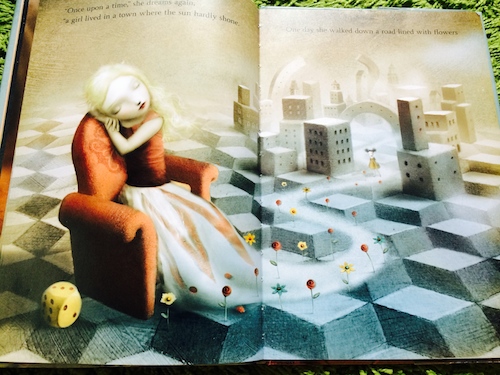 The image above is one of my favourites from this picturebook.