As we are still celebrating the spirit of Christmas, here is another beautiful book that showcases that magical wonder of Christ’s birth.

I have always been a fan of Tomie DePaola’s picturebooks, so I was very happy to chance upon Joy to the World that compiles three of DePaola’s holiday favourites and five classic Christmas songs with musical notes and DePaola’s trademark illustrations. 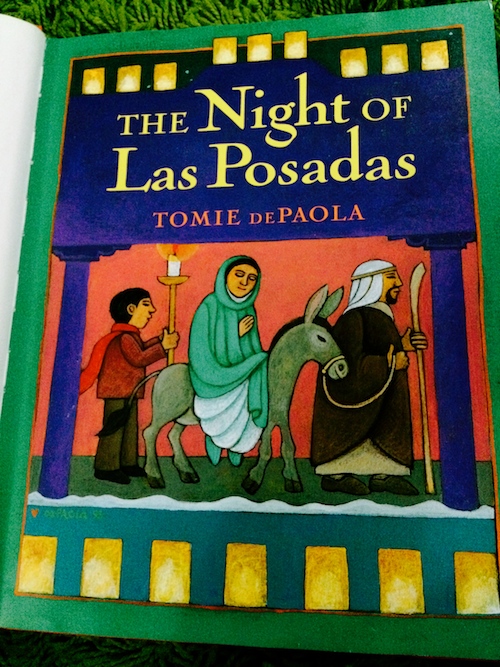 The Night of Las Posadas is the first story in this collection. At the beginning of the book, there is a detailed Author’s Note which explains how this Spanish custom is celebrated in Spain and Mexico for a period of nine days. Families would walk in procession as they relive Joseph and Mary’s search for an inn (a posada) until they find a door open only on Christmas Eve. The procession ends with hot chocolate and cookies to celebrate Christ’s birth. 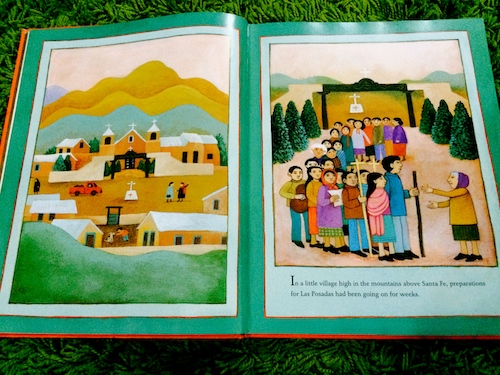 In this story, Lupe and Roberto are playing the part of Mary and Joseph. However, on Christmas Eve, on their way to the procession, Roberto and Lupe were stuck in the snow, and their pickup’s motor has died. Whether they find their way to the waiting procession, I shall leave for you to discover. Suffice it to say that this story has given me goosebumps in all its magical glory. No wonder this has received the Southwest Book Award from the Border Regional Library Association. 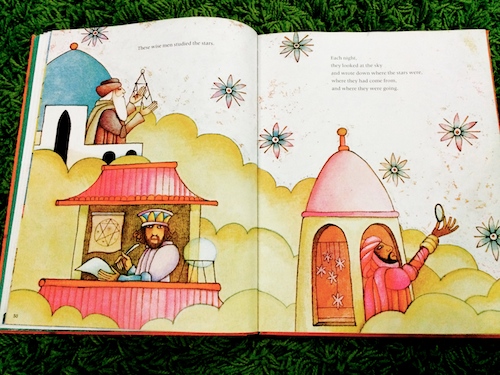 The Story of the Three Wise Kings showcases Melchior of Arabia, Gaspar of Tharsis, and Balthazar of Saba. These three wise men were depicted to be scholars of the skies and the stars. When they saw a star they had never seen previously appearing in the sky, they know that this is a sign that a great King was to be born. And so each one of them traveled from their own respective homes to follow the star, each one bringing their own special gifts. 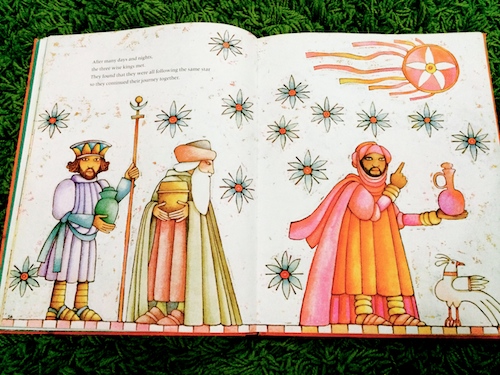 After many days and nights, the three wise kings met on the road and they discovered they were following the same star so they went on their journey together.

Their meeting with King Herod and their arrival at the manger is known throughout history. While this story has been told countless of times, it is beautiful to revisit it with the same wonder as if I am learning the story for the first time through DePaola’s masterful storytelling and simple (yet never simplistic) illustrations. Imagine the beauty of that star to captivate these three wise men, such that they would leave everything they own in pursuit of it. Truly a story for the ages.

The third and last story is The Legend of the Poinsettia with the young girl Lucida who lives in a small village in the mountains of Mexico. She has two younger brother and sister named Paco and Lupe. Her father worked in the fields while their mother takes care of the children and actively helps out in the nearby church. Lucida’s mother is also a talented seamstress and so Padre Alvarez asked Señora Martinez to weave a new blanket to cover the Baby Jesus during the annual Christmas procession.

However, Lucida’s mother has taken ill and was taken to the hospital. Lucida tried to finish the blanket that her mother started, but it only got hopelessly entangled. During the actual Christmas procession, Lucida was heartbroken not only because her mother is sick but also because she had nothing to offer the newborn Baby Jesus.

An old woman standing in the shadows nearby gave Lucida a brilliant idea, making her realize that gifts can come from the most unusual yet natural places of all, hence the legend of the flaming red star amidst the weeds.

This book has made me wide-eyed in wonder yet again. Warmed my heart with miracles found in the strangest and most familiar of places. Enjoy this blessed season, dear friends.

Joy to the World: Christmas Stories and Songs by Tomie De Paola. Published by G. P. Putnam’s Sons, an imprint of Penguin Group, USA, Inc., 2010. Book borrowed from the library. Book photos taken by me.