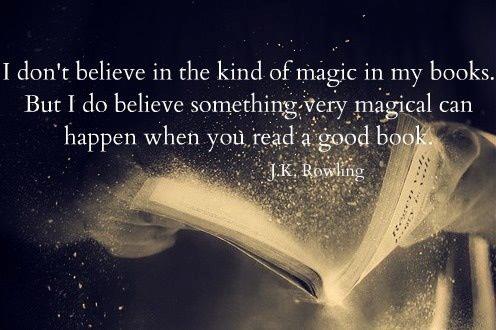 A few weeks ago, I spoiled myself with books, new and old. It’s one of the most impulsive book buying spree I have ever done, and I don’t regret it. Here are new titles on my shelf, and a few more books for our current theme about Loss, Heartbreak, and Coming of Age. Book recommendations on our theme that are not listed below? Please share it with us! All photos are my own, taken through my iPhone 4 and edited via PicFX.

Are you a dog lover? I highly recommend this mini picture book, My Dog: The Paradox by Matthew Inman (creator of The Oatmeal). It’s funny and heartwarming.

You can never go wrong with a Scieszka-Smith collaboration. Squids Will Be Squids by Jon Scieszka and Lane Smith is a hilarious take on fables.

The Slightly Irregular Fire Engine (Or the Hithering Thithering Djinn) by Donald Barthelme has an interesting story, and even more interesting illustrations. I picked this up because I saw Fire Engine and it made me think of my firefighter boyfriend. The Frog Prince Continued by Jon Scieszka and Steven Johnson is another fracture tale, this time about what happened to the frog prince and the princess after they lived happily ever after in the original story. The Green Frogs retold by Yumi Heo tells us why frogs come out on rainy days and ribbit their hearts out.

I was extremely happy to find books 6, 7, and 8 in Lemony Snicket’s A Series of Unfortunate Events in Goodwill. These were a dollar cheaper than the ones they have in Book Off. Lucky bargain! I was also glad to find The Growing Pains of Adrian Mole by Sue Townsend. This is the second book in her Adrian Mole series. I have the first book, The Secret Diary of Adrian Mole, Aged 13 3/4, which I have featured nearly three years ago. Two more books added to our growing list of stories on loss, heartbreak, and coming of age: Remembering Mrs. Rossi by Amy Hest and Heather Maione and Grief Girl by Erin Vincent, a memoir.

And then there was that day when I was on a Neil Gaiman frenzy. I’ve been wanting to get a copy of Anansi Boys but Barnes & Noble didn’t have the edition I wanted in stock. When it finally showed up on the shelf, the only one at the time, I had to grab it. (These booksellers are quite tricky, I must say. Leaving only a single copy in display. Psh. And I fell for it, of course! Haha!) I also bought a short story collection that Neil Gaiman himself compiled. It’s called Unnatural Creatures. Both Wendelin Van Draanen’s The Running Dream and John Green’s An Abundance of Katherines seem to fit our theme. 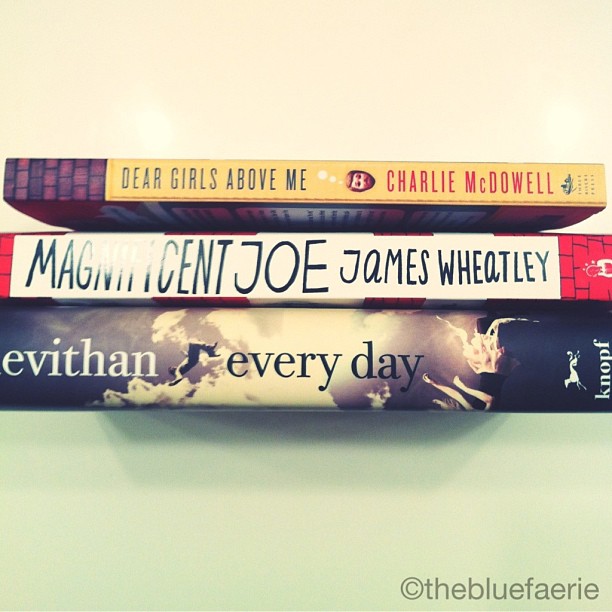 Charlie McDowell’s Dear Girls Above Me began as tweets about the conversations of the two women who lived on the floor above his apartment. It became viral on Twitter, and now he has turned it into a book. I’ve read a page, so I’m expecting a lot of good laughs from this book. Magnificent Joe by James Wheatley was shelved under New Authors at Barnes & Noble. Because I get 30% off the list price, I decided to buy it and give it a try. And then there’s David Levithan’s Every Day. This book was recommended to me by a friend when I visited the Philippines a few months ago. I enjoyed Levithan’s The Lover’s Dictionary so I didn’t mind getting myself a copy of Every Day.

FEATURED BOOK OF THE DAY

I pre-ordered Neil Gaiman’s The Ocean at the End of the Lane online from Porter Square Books three months before it was released. It was being sold at regular price and cost more than Barnes & Noble’s listing online. (It costs even more than the copies at Fullybooked in the Philippines!) Because I couldn’t really afford to go to any of Neil Gaiman’s book signing, I decided to spend a few bucks to buy a signed copy. I had no regrets. I love this book and I will treasure it forever. As I noted in my FB page, Neil Gaiman’s beautiful writing brings tears to my eyes. The more I read, the more I want to pull my hair, send flying kicks in the air, and bawl like a baby T-Rex that lost its mother. No words can encapsulate the magic that this book possesses. It’s definitely one of the best books I’ve read this year.