It is our first time to join the meme hosted by Jen and Kellee from Teach Mentor Texts (and brainchild of Sheila at BookJourney). Since two of our friends, Linda from Teacher Dance and Tara from A Teaching Life have been joining this meme for quite awhile now, we thought of giving it a go as well as we continue with our bimonthly theme Dusty Bookshelves and Library Loot. 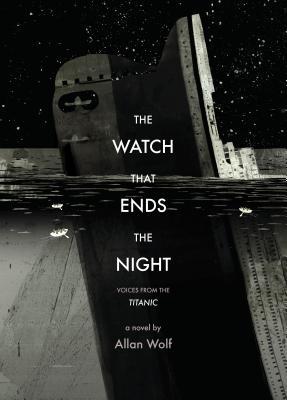 I have just recently borrowed The Watch that Ends the Night: Voices from the Titanic by Allan Wolf. I did not realize that it is a huge tome of a book. While it is written in verse, it is told in multiple voices. I found it ingenious that even the iceberg has a voice in this narrative as it avidly waits the inevitable collision with the supposedly-unsinkable Titanic. It’s slow reading as I only have time to read it in the evenings before I go to bed.

I also try to sneak in Naomi Shihab Nye’s Honeybee every chance I get. Now that the semester is about to begin, I find that one of the things that keep me sane amidst the schedules, deadlines, conference presentations, and the inevitably-harried, hurried, mighty-competitive academic life is poetry (weaving words and words). And yoga. And yes, GatheringBooks.

I’ve been reading quite a lot of picture books lately. I’ve been getting to know Roberto Innocenti’s works and so I borrowed The House (with verse written by J. Patrick Lewis) and Rose Blanche. My ten year old daughter enjoyed both books, particularly the very last one which reminded us both of a movie that we both watched The boy in the striped Pajamas. I also requested Armin Greder’s The City from the library which left me wondering at the end exactly what happened in the story, prompting me to re-read it again, and yet again – beautiful in its obscurity and powerful in its symbolic, intuitive, and often-ironic meanderings.

We are also interweaving this post with Nonfiction Monday which is hosted this week by Cathy and Louise from The Nonfiction Detectives. Last week, I reviewed Leonard Marcus’ Show me a Story. This time around, I am sharing another one of his books: A Caldecott Celebration: Seven Artists and Their Paths to the Caldecott Medal.

After reading last week’s book which is quite thick, mind you, this one was a very light read, as I finished it in less than an hour before I went to bed. I was pleased to note that a few of the book artists whom I love are here at last: David Wiesner and Chris Van Allsburg whose works we have reviewed here extensively. I was also excited to get to know two new authors: Marcia Brown and Mordecai Gerstein. In contrast to Show Me a Story which provides us with the actual interview transcripts, this is a much more condensed version with Leonard’s voice showing through as he effectively synthesizes and summarizes his conversations with these award-winning author/illustrator in 2 or 3 pages peppered with original illustrations of the creative process of the book artists. It’s a good primer for young readers who would like to get to know their favorite authors better – definitely a more comprehensive and riveting read as compared to what can be found in the book jackets of their favorite picture books.

After visiting The Holocaust Museum in Washington DC, I knew that it was time for my ten year old daughter and I to read The Diary of A Young Girl by Anne Frank. We read Art Spiegelman’s Maus I and II when she was eight years old and we had a lot of long and heartfelt conversations about the graphic novels. I felt that she has a readiness now to listen to Anne’s distinct voice. I was also surprised to realize that this old old book was actually a gift for me by my best girlfriend, my sister at heart, sometime in the 90s and that she bought it for me (and another friend) while she was at The Holocaust Museum. The book has come full circle! 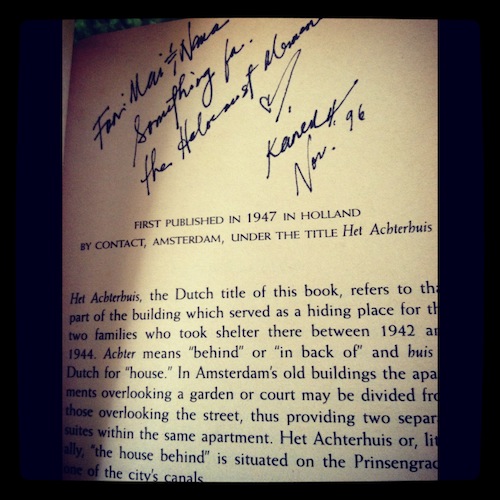 How about you, dear friends, what have have you been reading this week?

30 comments on “It’s Monday, What are you Reading and Nonfiction Monday”