As our current bimonthly theme gives much-deserved love and recognition to the paradise that is the Library, allow me to share a few photos of the New York Public Library that my husband and I have taken while we were in this vibrant city a few weeks back. 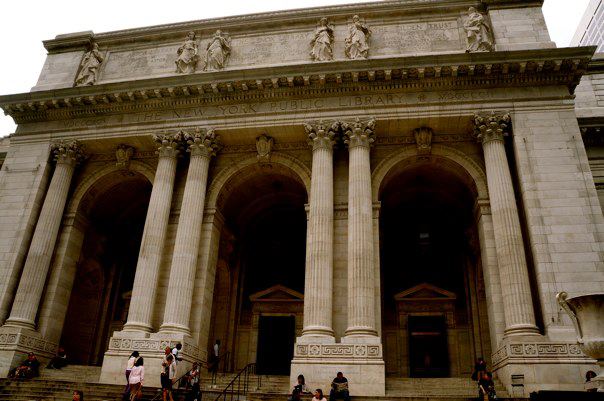 We were also extremely privileged to be given a private tour by Children’s Literature Expert, Critic, Historian, and Curator Leonard Marcus. Leonard was our Keynote Speaker during the Asian Festival of Children’s Content in Singapore. When I told him during the Festival that I would be visiting New York during the summer, he offered to show me around this beautiful beautiful place – and I took him up on his offer.

Leonard was truly generous and I am deeply grateful that he has reserved this time to have a chat and to tour me and my family around the Library.

My daughter was amazed that some of these paintings were done by children her age.

Many thanks to my husband who just clicked away with our camera. 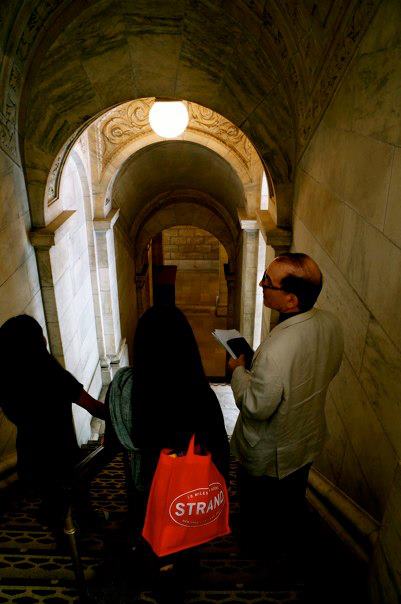 Unlike our public libraries in Singapore, library goers are allowed to take a few photos inside the library – without the use of flash, of course.

We visited the Children’s Section and Leonard noted that these are the original Pooh toys which inspired the characters in the famed Winnie-the-Pooh tale.

My daughter took photos of us while we were unwinding and having coffee at Bryant Park, just behind the library. It was Leonard’s treat, which, again is a testament to his generosity of spirit, graciousness, and hospitality.

As we were booktalking, my daughter took the camera and took several portraits of us. I thought that some of her pictures were particularly good as they showed an eye for angle as could be seen below:

A smile for the camera girl. Many thanks again, Leonard, for sharing with us a fragment of your time and allowing us a glimpse of the New York Public Library through your eyes.