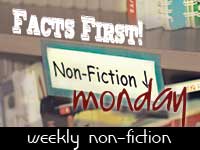 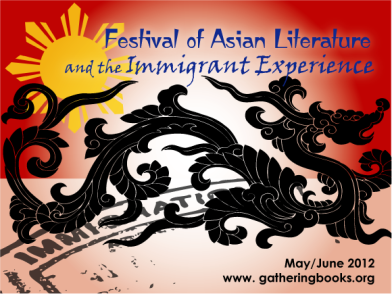 We are glad to take part once again in Nonfiction Monday with a Family Heritage Book entitled The Two Brothers by William Jaspersohn and Paintings by Michael A. Donato. While it does not speak about Asian realities, it touches beautifully on the immigrant experience and is based on an inspiring true story – a wonderful add-in to our bimonthly theme which focuses on the immigrant experience as well as a valuable contribution to Nonfiction Monday hosted this week by Capstone Connect. 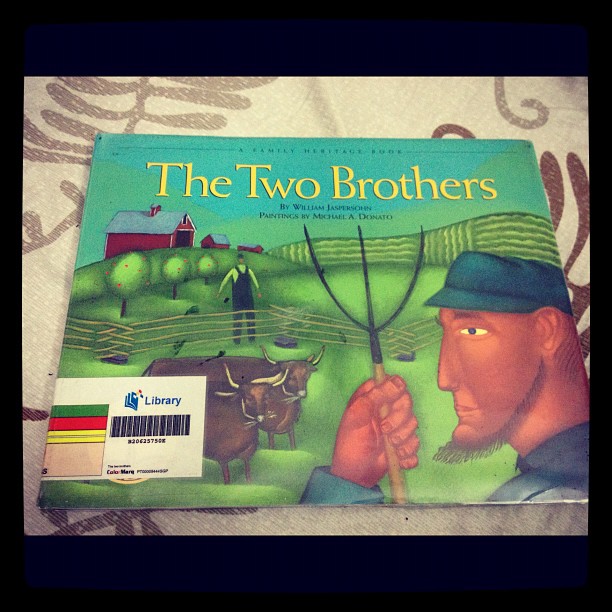 Tyrannies of Poverty and Immigration in the 1800s: From Prussia, Germany with Love. This lovely picture book opens to a portrait of a ship with families waving goodbye and soldiers marching in unison.

There once were two brothers, and their names were Heinrich and Friedrich.

They lived with their mother in a small Prussian town, and they were very, very poor. One day, Heinrich told Friedrich, “I dislike it here in Prussia with its strict laws and pushy soldiers. I have saved just enough money to go to America and seek our fortune. As the youngest, you will stay here with our mother. When I have found us a home and have steady work, I will send for both of you. Until then, expect not a word from me. I shall be busy, but you will both be in my heart.”

Naturally I had to look at the map to see where exactly Prussia is located and this is what I saw from the net:

I was also amazed at how courageous these travelers are from a foreign country. They did not know what they would find in a vast and unknown territory, and with nothing but the clothes on their back and a few pennies in their pocket, they come aboard a ship without a doctor or a nurse in sight. Thus, there were people who would fall ill and even die during the course of travel – not even reaching this distant mirage/promised land.

Upon arrival in New York, the customs officer gave Heinrich a new name (“Henry”), was asked about what kind of trade or skills he has (“Henry answered that he’d once been a miller and a farmer”) and was simply given a job in Vermont since a farmer is “looking for someone like you to do work for him.” He was given a dollar for dinner and was given instructions to head towards Grand Central Station and take the next train to Vermont where the farmer would pick him up from the station. 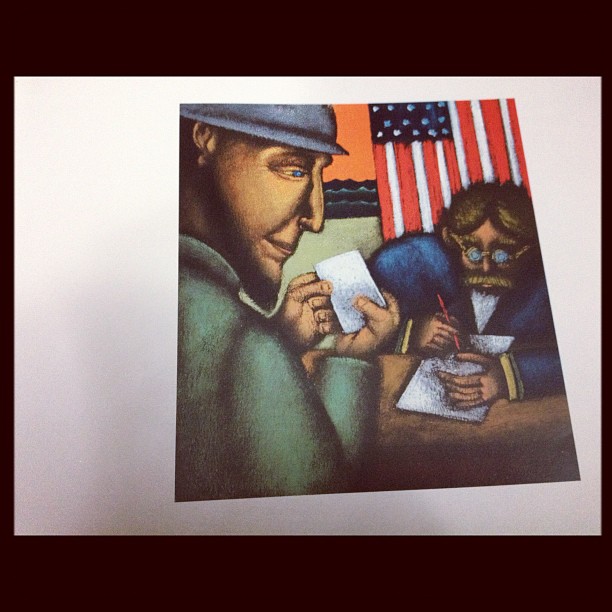 It was very interesting to note what the immigration process appeared to be like in the 1800s. They made it sound so easy! I am more than certain, though, that the reality may be far more complicated than this – especially with other people who may be coming from other countries.

Long Distance Affections and the Joys of Finding a New Home. Given that the setting of the story was in the 1800s, the two brothers had little means of communicating with each other except through postal mail (or what we refer to as ‘snail mail’ now). As we grow accustomed to hand phones (smartphones for some), computers, iPad, Skype, Viber – goodness, we are literally spoiled for choices as to how we can ‘talk’ to loved ones near and far. This is something that we should never take for granted.

For Heinrich (Henry) and Friedrich (Fred), it became even more difficult since Henry, as he predicted, became busy with the new home he had to familiarize himself with and a daily routine that he needed to get accustomed to:

In early spring, Henry helped gather maple sap that was boiled into thick, sweet syrup, and when the snow had melted from the fields, he helped with the plowing and planting. He helped deliver the new baby lambs and helped shear the wool from Mr Tucker’s sheep. In the summer, he cut trees for firewood, mended fences, built coops and sheds, and mowed and pitched the hay. In the fall, he helped harvest the corn, oats, barley, potatoes, turnips, carrots, beans and cabbages that he and Mr. Tucker had planted in the spring. 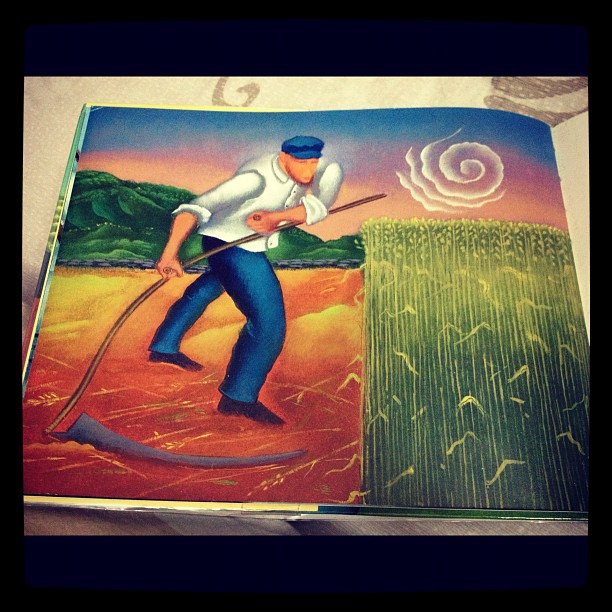 For a city girl like me, this sounded so idyllic and oh-so-romantic. Despite Henry’s many preoccupations and the fact that he has fallen deeply in love with the beautiful city of Vermont, his heart is still with his brother and his mother whom he had left behind. He continued saving his wages and would often wish that his family were with him during American Holidays such as the Independence Day when there would be a lot of fireworks in the sky.

How the two brothers managed to find each other in the end, I shall leave for you to discover. This book is truly a heartwarming story of perseverance, resilience, and good fortune. It is awe-inspiring to see how the quirky twists of fate, chance, and circumstance define one’s life pathways and destinies.

About the Author and Illustrator (taken from the jacketflap of the book).

William Jaspersohn is the award-winning author of more than 20 children’s books, including How the Forest Grew (a Boston Globe-Horn Book Award winner), The Ballpark (A New York Times Best Book and American Book Award nominee) and Cranberries (an Outstanding Science Book for Children). He won the Shamus Award for his adult mystery novel, Native Angels. Jaspersohn lives with his wife and sons in Vermont.

Michael A. Donato has illustrated a number of award-winning children’s books and videos, including Squanto and the First Thanksgiving and Tales Alive! (a Parents Choice Honor Award and Skipping Stones Multicultural Honor Award book). His paintings for the CD-ROM program Voyage up the NIle were developed in collaboration with the Metropolitan Museum of Art. He lives with his wife and son in New Jersey.

The Two Brothers by William Jaspersohn and Paintings by Michael A. Donato. A Family Heritage Book from the Vermont Folklife Center, 2000. Book borrowed from the community library. Book photos taken by me. 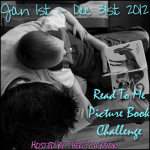 3 comments on “Nonfiction Monday: The Two Brothers by William Jaspersohn and Michael A. Donato”