Last week I posted a picture book biography written and illustrated by Allen Say (Grandfather’s Journey). This week, we give more love to Allen as we feature yet another one of his books: El Chino. What can I say? His books simply showcase and highlight the very heart of our current bimonthly theme, Festival of Asian Literature and the Immigrant Experience. This week’s Nonfiction Monday host is Simply Science.

From Canton China to America to Spain. This picture book is the story of the very first Chinese-American bullfighter, Bong Way “Billy” Wong. The picture book opens to a portrait of Billy’s parents who came from Canton China and lived in Nogales, Arizona and had six children. Billy was the fourth child and was born in America. Spoken through Billy’s voice, it was interesting how his parents, first generation immigrants regarded the United States:

Our home was a corner grocery store, and we were open for business every day of the year.

“In America, you can be anything you want to be,” Dad told us.

That was good news because none of us wanted to be a grocer when we grew up. 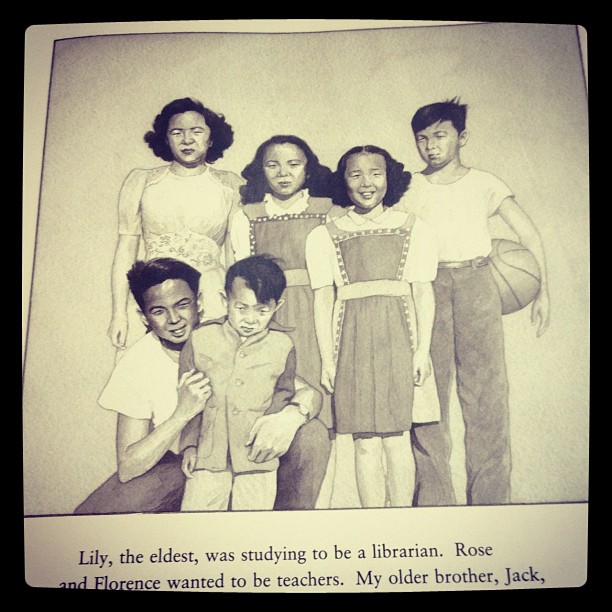 In this portrait of Billy and his siblings, it is evident what his interests are as could be seen in the basketball that he casually slings around his back. The boy is an athlete! While obviously talented and described as an “ace” by his coach, he was unable to reach the big league, because “I was too short.” And so he took the safe route and took engineering like his older brother.

“Just think,” I said to my brother, Jack. “Four inches taller and I would’ve been famous!”

“Who’s going to hire a Chinese ballplayer, anyway?” he asked. “Learn a trade and earn a living like everybody else.”

Tenacity of Purpose and Honoring One’s Dreams. There are moments as I was reading the book that I truly felt for Billy and his frustration and his seemingly-lost dreams. Things took a turn when he visited Europe for a vacation. He fell in love with Spain and bullfighting. And he did the one thing that most people never even dared to do. He quit his job, wrote a letter to his family that he’s not coming back, and that he would stay and pursue his dream to become a bullfighter.

Talk about the color of courage and the myriad shades of risk-taking. While we preach and share this with our students, Bong Way “Billy” Wong has taken the bull by its horns, literally and metaphorically speaking, and went for his dream. It was heartbreaking how the people around him would continually tell him that “Only the Spaniards can become true matadors” – yet despite all this, Billy showed tenacity of purpose. It is a glorious read how he was able to overcome cultural stereotypes, societal expectations, self-doubts through unrelenting hard work, unparalleled focus, and by embracing who he truly is: a Chinese man who loved bullfighting. When he ceased struggling so much to realize his dream and started simply being – then he became who he was truly destined to be: El Chino. 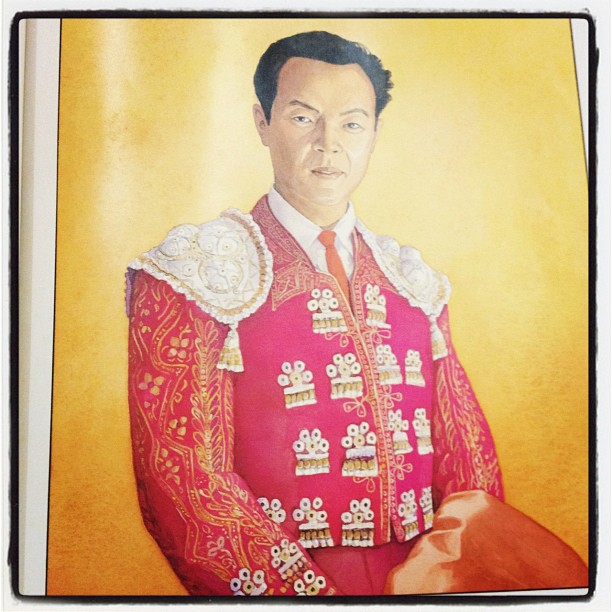