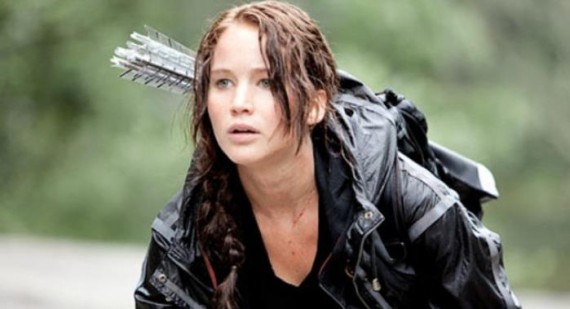 Writing a review on the Hunger Games Trilogy in 2012 seems like old news, and it is. After all, they’ve released the movie franchise. So, why write a review then? I pondered this question as Myra, upon learning that I finally was reading the trilogy (much of it due to her nagging, lol) suggested that I write a review as it fit perfectly into our current theme on Girl Power and Women’s Wiles.  But rather than share my thoughts on the whole series, this post will take a turn and look into the character that is at the center of the trilogy—Katniss Everdeen.

There is much to be said about the book, its plot, its writing, its philosophy and socio-political stance, but I will let that all come unsaid and trust that the gazillion of reviews on this trilogy have already touched on these things. I will, with all intent, focus on the girl on fire (and maybe, just maybe slip in a few words about Peeta Mellark, my favorite character in the trilogy).

When I first met, Katniss Everdeen I wasn’t sure I liked her. I wasn’t sure her voice was strong enough for me to believe her. I hesitated and resisted her storytelling until maybe halfway into the book. Maybe because I had to readjust myself to peeking through the mind of a 16 year old that I struggled through the first few pages of the book. Twenty-eight is a long travel back to sixteen and the perception is over a decade different. However, I had to let go and readjust my lenses to find that Katniss Everdeen was a person I’ve most likely met.

I’m a thesis away from being a Developmental Psychologist and as such, my immediate reaction towards this series is whether the characters are characteristically adolescents. Yes, the circumstances are quite different, most teenagers worry about high school (or college) not surviving or dying. However, Collins made Katniss who she was supposed to be, a conflicted teenager asked to carry a burden beyond her age. That image seems distant to most of us living in safe middle class worlds, but I realize that for the hungry and greater majority of a dystopian world set in the near future, this could be a slice of reality.  Therefore, what does a teenager forced to adulthood look like, they most likely look like Katniss (or maybe even Gale) —tough exteriors with very fragile interiors. This makes her accept the image of the mockingjay, but at the same time, it eats her up. For a child, no matter how much she wishes to stay strong and protect people, is a child. It is this quality, I think, that makes me hesitant about disliking her. She’s a girl I know too well.

The Girl who Loves

This image of Katniss, I think, made reading the book even more engaging. It’s wrong to say she was prepared for the reaping. She wasn’t. She was scared. Nevertheless, she was the parent in her household, her personal acknowledgement of her role made one thing clear to her and that was to protect her family. Was it brave to volunteer herself? It was, but it wasn’t what made her volunteer. So, rather than mangle that up and say that Katniss was a brave girl, I’d like to describe her actions in the reaping as Katniss’ capacity to love. It sounds so romantic, doesn’t it. However, when fleshed out, if she loved anyone at that point it was Prim. That was clear. She was still scared. She still questioned her decisions (if I remember it right), but her purpose was driven by that love. Yes, that is bravery. However, beyond bravery, I keep seeing a mother hen willing to fight for her children. So indulge me when I say Katniss is the girl who loves. 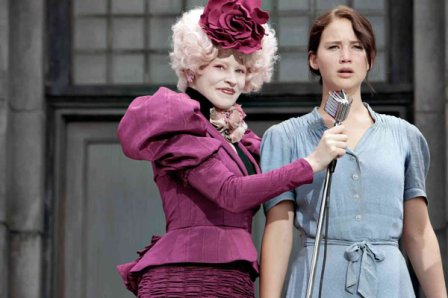 The Girl who Empathizes

Peeta Mellark would often throw the phrase that referred to this quality that Katniss had – but no one knew. I don’t remember it being given an actual name. To me it felt like that x-factor, most commonly referred to as charisma. However, when I think about it, I think of how Katniss is all heart. She doesn’t explain things in terms of justice or morality, that’s Gale and Peeta’s turf. While she listens to Gale and Peeta, it isn’t what compels her to act – what makes her act is what she believes to be true.

Would hurting people feel right to her? Would acting in a certain matter feel right? Yes, she is crazy, but her power lies in her spontaneity. She moves people with her authenticity. She moves people with her heart. I find that if we were to dig deep she sees people as she would see her family. Her family is her anchor. Her values and her reaction to situations in the bigger scale are but a multiplication of what she would do to people she loved. She doesn’t see Capitol people, district so-and-so. She takes the time to remember names, to see the person and appreciate them for who they are. Because she knows them, she feels for them. One of the most touching scenes to me in the trilogy was her stand to defend her prep team from the abuse of District 13 soldiers and from Gale.  This characteristic makes her see the slight changes in Peeta’s weight as she watched him on TV. It’s the same when she stood there as a district 2 miner held her on gunpoint. As she emerges from her own personal concerns, we see her as the girl who empathizes.

The Girl who Lived On 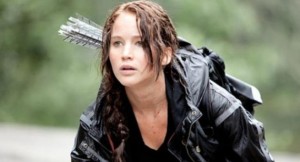 There were moments I was frustrated at the way she falls into traps or how helpless and dramatic she could be, but it is during these moments that I needed to step back and retrace myself to adolescence. It is hard enough to carry the burden of protecting your family at 16, while at the same time struggling to survive a deadly game. However, it is a far greater burden to carry a ‘nation’ on your shoulder at such a young age. They manipulated her, used her and crushed her. There are many in the world that has been victim to such manipulation and pain. Poverty has been used by the powerful so many times to lure the poor to do things for them—from doing the dirty work to selling their bodies. It is then understandable how Katniss struggled to look beyond the comfort, the safety and to make a decision on what she believed in. Throughout the three books, we saw her grow up. We saw her as the metaphorical girl on fire to the girl who really burned. What, I believe kept every reader rooting for her was her ability to stand up and make amends. Katniss, once she knew what she needed to do, didn’t buckle down. She forged ahead. She stood by her decision, fought for what was right and accepted the consequences. As she would put it, she learned to live with the pain.

Katniss grew up and we watch her struggle through the difficulty. Her challenges were extreme, but I imagine many teens going through similar difficulties. The beauty of Katniss’ character is she is a teen girl crushing on boys and worrying about kissing and all that, but she was also a girl who knew her strengths and her weaknesses, who knew how to fight it out and survive. She didn’t give up. She was the girl who lived on.

I appreciate the way Collins played out the romance. She didn’t make the ending like a spinning romance where they ran to each other’s arms. She allowed each character to heal and deal with everything.  She allowed Katniss to find her peace in a dandelion in spring.

28 comments on “Katniss Everdeen: The Girl who Lived On”