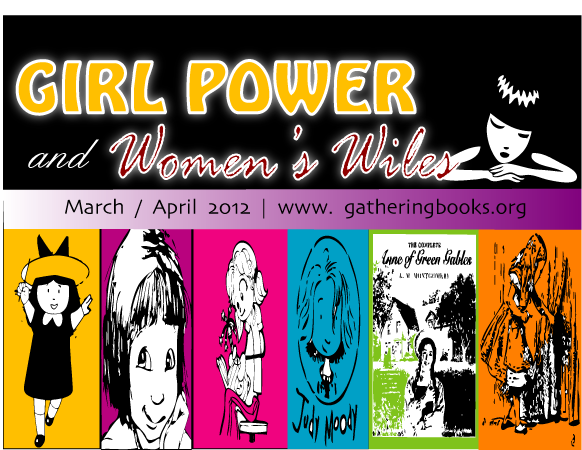 Among the books that I borrowed for our bimonthly theme on Girl Power and Women’s Wiles, this particular one had me thinking for a bit. And I invite anyone who may have read this lovely picture book to join in the discussion. I know I tend to over-read things and overanalyze reading materials, so sometimes I need to remind myself that a rose is merely a rose. But, as is my wont, I tend to look for symbolism in text, metaphors in imageries. This may not be the intention of this powerful and award-winning tandem (I mean, come on, it’s Florence Parry Heide and Lane Smith!) – and I may be wrong, but I shall explore this book based on how it has touched my sensibilities.

A Princess who Floats. This Princess is no ordinary little girl. The book begins with her ‘presenting problem’ in psychological parlance:

Princess Hyacinth had a problem.

Well, you’re saying, everyone has a problem. But this was an unusual problem. Oh, she didn’t look unusual, that wasn’t it. She had two eyes, with a nose between them and a mouth under that – you know, the usual things in the usual arrangement.

In fact, if she wasn’t all dressed up in her Princess clothes, you’d think she was just anybody.

So what was the problem?

The book does not say that she can fly. Nope. The problem is that she floats. She needs to be weighted down, otherwise, off she glides into the clouds.

Given this unusual problem, her parents, the King and Queen thought of ingenious ways so that she remains on the ground:

So the King and Queen had little golden weights sewn into the hems of Princess Hyacinth’s gowns, and little diamond pebbles sewn into the tops of her socks. Her crown had the heaviest jewels of the kingdom, and a rhinestone strap under her chin to keep it on.

As long as she was all dressed up in her Princess things, she didn’t float at all. In fact, she could hardly move. But the minute her crown was off, and her gown, and all that… up, up, up she would go in her Royal Underwear.

While it does solve this tiny difficulty of Princess Hyacinth floating, it made this little girl unhappy and isolated from other kids her age. So she spends her days looking out the window – watching the world fly past her – with children running around the streets, swimming in the pool, and generally just having fun – while she twiddles her thumbs and becomes “terribly, horribly, dreadfully bored.”

Affiliation and Achievement Concerns among High Ability/Talented Females. One of the major issues plaguing a lot of talented women as could be found in gifted education literature is what is known as the affiliation versus achievement concerns. Once gifted girls reach adolescence, they begin to value the friendships they forged and the sense of belongingness that they get from their peers – so much so that they tend to compromise their own talents and intelligence in order for them to fit in and belong. Somehow, I was reminded of this issue while reading the picture book. It struck me as strange that Princess Hyacinth’s predicament was not perceived as a talent or a gift – rather it was perceived as problem that needed solving. Thus, she was treated as a sick girl – someone who needed constant attention and care – she needed to be isolated and locked up in the tower for her own good.

The Boy with the Kite and the Balloon Man. Enter the red-headed boy with the kite “who could fly his sky-blue kite higher than all the others. His name was Boy.” Unlike the other children who made it a habit to ignore Princess Hyacinth, Boy would come over to the Princess’ window and smile and say hello to her. He has even painted a gold crown on his kite in honor of the Princess – how positively charming, right? 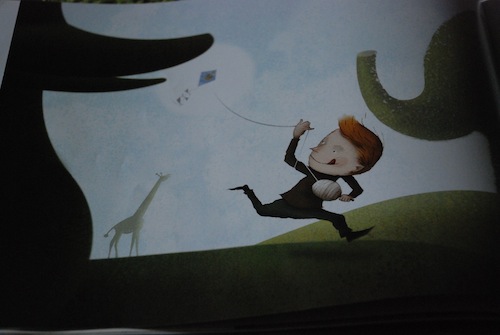 Things take a turn for the exciting when the Princess decided to ditch the royal palace guards and head off to the park on her own. She was happy to see Mr. Balloon Man while at the Park and felt a deep sense of communion with the balloons held by a string. She had the brilliant notion that if she takes off all her Princess clothes and a string is tied to her ankle she could float along with the balloons in suspended animation. And while Mr. Balloon Man had his misgivings about the entire idea, what is a Princess if she could not have her ways? And as luck would have it, the string snapped and up, up, up, the Princess went.

Princess Hyacinth, the girl who floated, felt an enormous sense of freedom up in the air where she naturally belonged – “she swooshed and she swirled, she zigged and she zagged and she zigzagged” – having the most fun in her entire life. But… she continues to fly, fly fly into the skies not realizing how high it was. How she was brought down from her flights of fancies, her highest of highs, I think you can pretty much deduce already – and I leave it to you to discover for yourself.

Possible discussion questions – a thousand swirling thoughts fly in my mind. While pretty straightforward, I can imagine this book being discussed with an older group of children – even teenage girls – and asking them how the book may have moved them into thinking/feeling. They could also be asked whether they felt the princess needed saving when her natural inclination was to fly and glide and be up in the air. What does it mean to weighted down with Crowns and jewels to remain on the ground – and not float up up in the air? What could these things mean to young children – could it be different with older children? How do they feel about the red-headed boy with the kite ‘saving the day?’ Would you give up your chance to fly for all the gold in the world? What are some of the multi-layered metaphors that can be deduced from the narrative? If you happen to use this as a resource in your classroom, I’d love to know how your kids ‘read’ the text. 🙂

About the Author and Illustrator (taken from the jacket flap of the book).

Florence Parry Heide is the author of many books for children, including picture books, novels, mysteries, poetry collections, and songbooks. She has collaborated several times with both of her daughters and is best known for the now classic Treehorn books, illustrated by Edward Gorey.

Mr. Smith lives with his wife (Molly Leach, the talented designer of his book!) in Connecticut. You can visit him at his website.

Princess Hyacinth is a Charlotte Zolotow Honor Book for 2010 and is the recipient of the 2010 E. B. White Award Honors for Picture Book.

6 comments on “On Girls’ Flights of Fancies: Princess Hyacinth – The Surprising Tale of a Girl who Floated”