Before the launch of our bimonthly theme, Circus, Carnivale, and Paranormal Twists, I decided to make a list of possible book titles that would fall under said theme. The circus theme had the most number of titles available. On my second trip to the library, I borrowed The Secret Circus by Johanna Wright.

Somewhere deep in the city of Paris,
there is a circus that is so small,
and so secret…
only the mice
know how to find it.

The Power of Omniscient Narrative. The Secret Circus may be short (I finished it under 2 minutes!), but there are a few notable things about Johanna Wright’s debut picture book. One of these is its ability to demonstrate the power of the third-person omniscient point of view. While this point of view is often used in books, it does not quite “stand out” as it did in The Secret Circus.

The omniscient point of view gives the narrator the power to see and know everything. Therefore, it allows the narrator to tell the readers what is going on in the story. While the circus in Johanna Wright’s book is supposedly a ‘secret,’ the narrator reveals this secret to the readers, one layer at a time.

Gentle Storytelling and Soft Illustrations. The tone used in the narration is not one that ‘boasts’ about a secret circus that only the mice know about. There is a gentle rhythm to how the narrator shares this secret, told almost in a hushed voice. In spite of the ‘overarching’ point of view, it does not ruin the story. The narrator merely elaborates on the secret without giving away the details, the ‘meat’ that makes up the secret.

Johanna’s soft albeit beautiful watercolor illustrations complement the hushed narration, and are being faithful to the idea of a secret. The artworks reveal more details than the narrative itself but, again, it does so without giving away the exact location of the circus.

The Circus Is For the Masses, Too. One of the things that I liked about this book is how it (secretly) tells the readers that the circus is for everyone. While people pay to watch the show most of the time, somewhere in this world is a free circus that everyone is entitled to watch. The mice in Johanna Wright’s story are not of the upper class; they belong to the working class, to the masses. Their clothes, as you can see from the illustration below, are old and tattered. Yet, they too have access to the greatest show on earth—in the very heart of Paris! How cool is that!

Endnotes. Johanna Wright’s The Secret Circus makes for a delightful bedtime story. The narrative is short, and the illustrations are simply wonderful. It is a sweet invitation to children to share a secret with their parents and, of course, the Parisian mice.

About the Author. Johanna Wright received degrees in puppetry and children’s literature and shortly after graduation moved to Brooklyn, New York. She spent many years in New York, honing her illustration skills and selling her paintings on the streets of Manhattan. Johanna has now returned to Oregon, where she lives with her husband, a musician. She wrote and illustrated The Secret Circus, her first picture book. (Taken from the jacketflap of the book.) If you wish to know more about her, drop by her website. 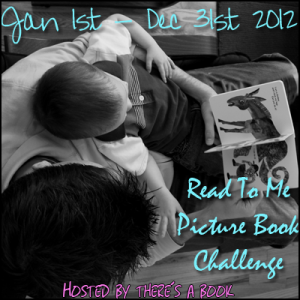