For July and August, we are happy to feature the extremely talented Graphic Novelist, Paolo Jaime Fabregas and his Filipino Heroes League here at GatheringBooks. We would be doing a 2-part feature on Paolo.

The first feature would be a review of and a Q and A on his recently published graphic novel and the second one would be a sharing of his Creative Journeys as a writer, theater actor, commercial model, husband, father, and so much more. Did I already mention that he is multi-talented?

I am also excited to feature a very good friend of mine, my travel buddy, Professor Tuting Hernandez for our Academic Nook here at GatheringBooks.

He would be writing something in connection to fractured fairy tales – something we should all avidly look forward to reading. Tuting used to be the Chairperson of the Department of Linguistics at the University of the Philippines and is finishing his PhD at the Waikato University in New Zealand.

We have also just recently launched our Poet’s Sanctum here in GatheringBooks where we would be featuring the voices of Poets who have moved us for Poetry Friday. For July and August, we are truly honored to have the 80 year old Tita Lacambra Ayala in our pages. 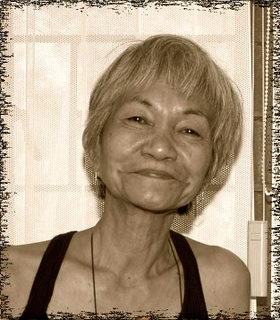 We have already shared Tita’s Sunflower Poems here and her Ordinary Poems being New Poems. We have done an interview with her regarding her Road Map Series which we will be sharing on Poetry Friday this coming week. So watch out for that.

0 comments on “Meet our Graphic Novelist, Featured Academic, and Poet for July and August”