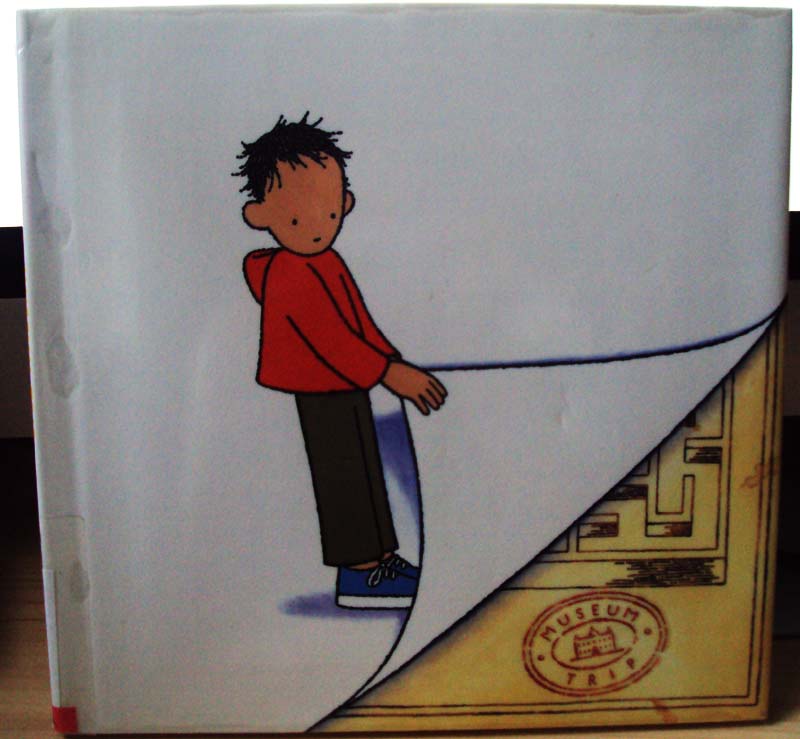 Our wordless museum tour concludes with another lovely picture book, this time around by Barbara Lehman aptly entitled “Museum Trip.” After visiting New York, Washington DC and Boston, Lehman takes us along with a small group of students in an

unnamed museum for a school trip. While not as exciting and colorful and vibrant as the first three museum books, it does have its own distinct charm. In this detailed biography of Barbara Lehman, it appears that the book is inspired by Lehman’s childhood visits to New York Art museums. Absolutely perfect for our Bimonthly theme this March/April “When Words are not Enough: A Wordless Picture Book special.”

Untied Shoelaces = Lost in a Museum. Unlike our earlier posts about a balloon wreaking havoc outside the museum, Lehman’s picture book is relatively more subdued – with a quietly-sinister vibe to it. A young boy was left behind by his entire class while on a museum tour because he stooped down for a few minutes to tie his shoelaces. When he looked up, lo and behold, the entire class was gone.

Instead of panicking, our young boy looks around and finds a ‘secret passageway’ that leads to a room filled with ancient mazes in a glasscase. It reminded me a little bit of Sims 3: World Adventures where your characters can visit museums in France and Egypt and get hopelessly lost in the different levels and secret doors found within.

Lost within a Museum Artifact. The young boy takes his being ‘lost’ a step further by magically entering a museum artifact that features a maze in a yellowed parchment paper – and finding his way around there.

Recommended Activities. This book is ideal for children who are into mazes, solving puzzles, and museum trips. It would be interesting to see whether the reader’s version of exiting from the maze would be identical to how our young boy solves the puzzle from within. Teachers may also ask their students to develop their own narrative-text and figure out what could possibly be going on in this boy’s mind as he skillfully weaves his way around the twists and turns of both the maze and the museum. The boundaries of one’s imagination and creativity are likewise stretched as both fact and fiction seem to merge with these vintage-like, magical mazes. Whether or not the young boy eventually finds his way to his own class and his teacher, I shall leave for you to discover.

Barbara Lehman was born in Chicago and attended Pratt Institute in Brooklyn, where she earned a BFA in communication design (source here). She was given the Caldecott honor for another one of her wordless book entitled The Red Book in 2005. If you wish to know more about her and her works, click here to be taken to a detailed biography of Lehman. 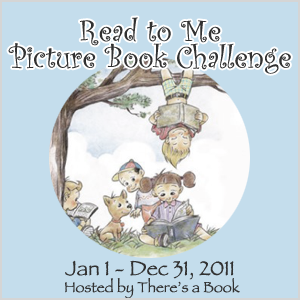 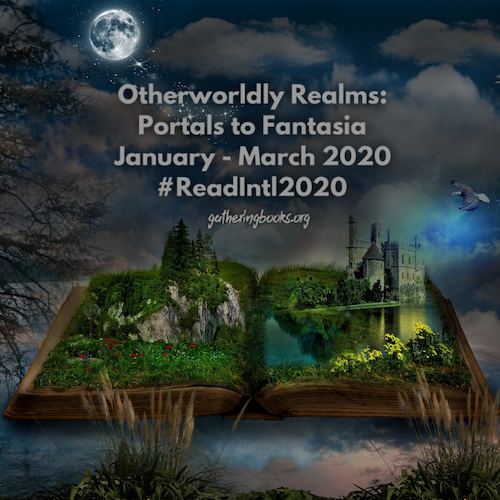