I did not realize that this was a series until after I googled wordless picture books on the net and found three titles on museums and balloons. I originally have You can’t take a balloon into the National Gallery (which I would be featuring after this post) and it just so happens to be one of my absolute favorites. Thus, I had this book (and the last one in the

trilogy) on reserve from our community library so that I could feature it for our Bimonthly theme this March/April: When Words are Not Enough: A Wordless Picture Book special. Reservation fee is worth it since this book, being the first of the series, is multi awarded. It is an ALA Notable Book, an American Bookseller Pick of the Lists, New York Public Library “100 Titles for Reading and Sharing” and A Child Study Children’s Book Committee Children’s Book of the Year. 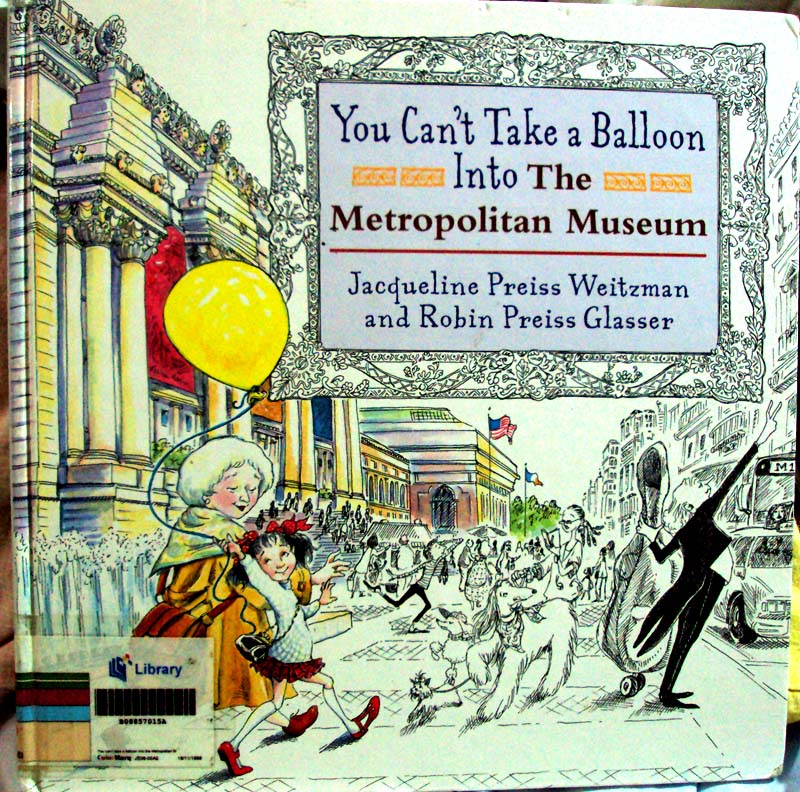 A toast to Doting Grandmommies. Since there are few picture books that I know of which depict grandmothers (I am sure there quite several, but not as many as I would like), this book definitely appeals to me. And Grandmama here is so cultured. Bringing little granddaughter to the museum at that. I googled photos of the Metropolitan Museum of Art and here is one that I found which I believe to be a perfect match to the photo taken from the book below:

The Yellow Balloon with a Life of its Own. As the title indicates, you are not allowed to take a balloon inside the museum (hmm… I wonder why?). Since I assume that this is our adorable little girl’s first time in the museum, she didn’t know better as could be seen here:

Since our little girl gave her doe-eyed puppy-dog look to this museum security official (poor man, he does not know what he’s in for), he volunteered to hold on to the balloon – tying it “securely” to one of the handrails for good measure – until our young one is done with her museum trip.

Things go haywire when a sneaky dove literally flew off with the balloon, its strings in the bird’s beak. What follows next is a comical, exquisitely illustrated chase along New York streets with our Bespectacled Officer doing what he can to catch up with this balloon who seems to have a life of its own. From the bird’s beak to a boy’s outstretched hand while inside a bus, to the Zoo, the skating rink, and tangled in a horse’s flowery hat to name a few. And so while our little girl happily tours the museum – she remains blissfully unaware that her balloon is causing a ruckus around town, with the poor Museum Officer probably regretting his decision to be the balloon’s nanny for the time being. I have not traveled to the Big Apple yet so I am quite unfamiliar with some of the sights in the area. I did see illustrated versions of Central Park though, the Wollman Rink, The Plaza, and the Metropolitan Opera among others.

Glasser’s attention to detail is amazing. It is what could be aptly described as “brimful of curiosities.” I love how both author and artist were able to recreate the scent, the vibe, the artsy and eclectic and ultra-dynamic feel of New York through this book. Ranging from girls in colorful dreadlocks walking three kinds of dogs, to feathered and fur-clad elegant women with stark raving black gloves – to young punks with mohawks. It’s just… genius.

Life Imitates Art or Art Imitating Life? One of the book’s strengths is the inspired way in which some of the paintings/artwork that our little girl sees in the museum seem to resemble in comically-ludicrous ways what is going on outside as our Museum Man chases the balloon around town. Here are some of the snapshots from the book:

What complicates matters even further is that you end up chasing the balloon if you happen to touch it – it’s like a tag-game of sorts. So it isn’t just our Museum Man running after this golden-yellow balloon, but this man holding a bucketful of fish, the girl with three different dogs on a leash, the skaters from the rink, and so on and so on – unbelievably chaotic! Truly a laugh-out loud book that would make your kids just shriek with glee. I, for one, could not get enough of it. I would safely say that it does not have an age-limit to be enjoyed immensely, and its wordless quality contributes to its beauty.

Some tips for Educators and Parents. I would recommend this book to art teachers who may be introducing paintings and artwork to their students. There is also an extensive list of the works of art as reproduced from the collections of The Metropolitan Museum of Art that could be found in the Acknowledgments Page. If you are to go on a school trip to this particular museum, this lovely book would come in handy.

In my experience bringing quite a number of children/teenagers in museums (either in formal settings or just for fun), one of the things I notice is that most of them are overwhelmed by the array of visual smorgasbord before them, they usually do not know where to begin and subsequently fail to enjoy the entire experience. It’s sensory overload for most, so you would really need to pace yourself and have some guidance so you can breathe a little. This book would be a handy companion to such trips.

English teachers could likewise ask their students to develop a textual narrative from the images found in each page – there is absolutely no lack when it comes to frenzied movement, possible dialogues among the New York natives and tourists, and thought bubbles for each of the characters included in each of the page.

I also feel that this would be a lovely book for parents and children. Trust me when I say that you would take nearly an hour (or even more) to finish this book, that is, if you would really be keen enough to attend to each of the minute detail found in the page. Wonderful introduction to art work and to the mantra that is: you simply can not take a balloon inside a museum.

Sister Act – About the Authors. Jacqueline Preiss Weitzman according to this Scholastic website is said to have graduated from Vassar College where she majored in art history (that would explain the thorough knowledge of each art work). She also has a degree from Parsons School of Design and worked as an interior designer for a time.

Her sister, the artist, Robin Preiss Glasser is known for her New York Times bestselling Fancy Nancy Series as written by Jane O’Connor as could be seen in this Simon and Schuster page. She was also a soloist with the Pennsylvania Ballet for eleven years and has designed theater sets, costumes, and has illustrated more than a dozen children’s books. She lives in Newport Beach California.

My own Museum Experience Part One (an excuse to post photos). I was

extremely fortunate to have been in San Francisco December of 2010 when De Young Museum hosted a special exhibition on loan from the Musée d’Orsay entitled Van Gogh, Gauguin, Cézanne and Beyond: Post-Impressionist Masterpieces from the Musée d’Orsay. For a period of time, I was in the same breathing space as the original Starry Starry Night. My first thought as I was queuing up to view the various impressionist masterpieces was: Now I know how it feels like to have your heart caught in your throat – it was unbelievably surreal. They had strict policies though about [not bringing a balloon inside and] not taking photos from these impressionist masterpieces. I was able to take a few images though from the non-restricted area where photos are permitted. So here are some of my favorites that I wish to share with you all. 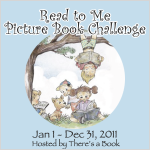 11 comments on “Of Balloons and Museums in New York: You Can’t take a Balloon into the Metropolitan Museum by Jacqueline Preiss Weitzman and Robin Preiss Glasser”