The premise of the entire book is enticing enough with the jacketflap indicating that in this tale we get first-hand knowledge of how the Prince actually felt when he saw the girl of his dreams from afar – a girl whom he secretly named Cinderella in the pages of his journal.

June 4
I have fallen in love with the most beautiful girl, but I don’t even know her name! I was riding Silver by the creek this morning when I saw a girl fetching water. I hid behind a tree so I could watch her without her seeing me. Her clothes were old and worn, and there was a smudge of dirt on her cheek, but still she was beautiful. She even lugged bucketfuls of water gracefully. I think I’ll call her Cinderella.

The entire narrative resembles that of the classic Cinderella fairy story: as seen in the Prince’s parents making failed attempts to match him to a suitable girl, the Queen’s arranging tea parties for the Prince – which for some reason the latter manages to unwittingly sabotage, and finally throwing a gala ball for the entire kingdom for the Prince to finally choose the woman he would marry. The elements that make up the fairy tale are likewise present – with the wicked stepmother, airhead flighty stepsisters, self-absorbed royalty, the glass slippers – only this time without the fairy godmother or pumpkins turning to regal coaches, or fantabulous beaded gowns stitched by singing mice.

I suppose the strength of the narrative lies in its ability to effectively twist the tale by seeing the story through the Prince’s eyes. No wonder it was chosen as the No. 1 Valentine’s Day Pick by BookSense in 2006. I also like the fact that certain elements of the story such as the “glass slipper” showed a different dimension to the tale.

I enjoyed these lines from the story:

“The whole kingdom is in an uproar over nothing. Someone in the palace overheard me talking about finding the owner of that stupid glass shoe, and now everyone thinks that I have fallen in love with the young lady who wore it. It’s no use trying to explain. Every home in the kingdom is expecting me to visit at any moment to see if the shoe fits someone in their household. What an absurd idea! I had better lay low for a few days.”

Another thing I liked is the fact that the Prince was smitten by Cynthia/Cinderella – not because of the way her ballgown sparkled during the gala or how well she danced – but because of her sheer simplicity, her ability to multi-task (hanging clothes from a laundry, planting fruits and vegetables, fetching water from the well and soosoo much more) and the fact that she can ride a horse pretty well. It is effective in creating that sweet, magical, first-crush-first-love moment, only this time as viewed from the Prince’s eyes. Hence, I don’t think it’s meant to be postmodern, witty, or sharp-edged the way other fractured fairy tales are written – it still IS largely a fairy tale in all its romantic, Disney-themed, starry-eyed sensibility.

In essence, it’s a lovesick Prince writing his innermost thoughts to a diary – 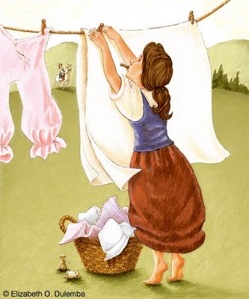 which in itself is already a contradiction in terms – a Prince writing in his Diary, that is. Thus, while the male perspective is supposedly explored here – and male activities and disposition are highlighted (riding horses, the disinterest in party planning, and doing other evidently manly things – but not very prince-like really – around the palace) – the male voice just did not seem very authentic and realistic from my end. However, it could be an advantage since it serves to break male stereotypes and it showcases a young man sensitive enough to write down his thoughts on paper.

Regardless, I enjoyed the book and I would still highly recommend it to children aged 3 to 8 years old. Teachers might also be interested in having this in their reading list so that the students would be encouraged to think beyond the narratives read to them – and it could likewise be an exercise in perspective taking and empowering students to develop different twists to a well-loved tale. 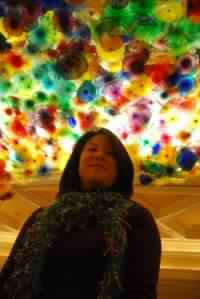 The book author, Renee Ting, also happens to be the President and Publisher of Shen’s books, publisher of multicultural children’s literature. I visited their site and it is just literally bursting with so much information, it’s wonderful.

Renee is also an active blogger and you can see some of her book reviews here and here. You can also find an interview done by Nathalie Mvondo of Multiculturalism Rocks on Renee Ting in this link.

Elizabeth O. Dulemba, the talented illustrator of the Prince’s Diary, also blogs quite actively as could be seen 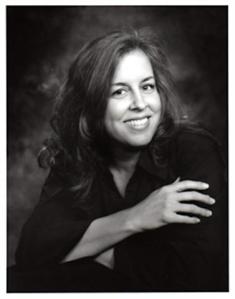 here. I also love the fact that she has created an Activity Page of the Prince’s Diary for kids to really engage with the characters in the story and the art work! I think the fact that we are catering to digital natives makes this kind of interaction and connection vital. Activity pages such as this one – along with the book – would be a sure hit to young kids so that multiple dimensions of learning could be tapped.

So… kids (and the young-at-heart plus the hopeless romantic), take a peek inside the Prince’s Diary. You just might be surprised at what you find. 😉

References for the images and other information
Book cover – http://www.alibris.com/stores/brudelbo Cynthia with the Prince – http://dulemba.blogspot.com/2006/10/illustration-friday-smitten.html
Cinderella/Cynthia carrying buckets of pail – http://dulemba.blogspot.com/2008_01_01_archive.html
Cinderella/Cynthia hanging clothes – http://surlalunefairytales.blogspot.com/2010/02/fairy-tales-and-romance-week-princes.html
Activity Page of the Prince’s Diary – http://dulemba.com/ActivityPage-TPD.html
Photo of Renee Ting from http://nathaliemvondo.wordpress.com/2010/03/08/monday-interview-publisher-renee-ting-of-shens-books/
Photo of Elizabeth as found in her website
Book borrowed from the Community Library

0 comments on “The Prince’s Diary by Renee Ting as Illustrated by Elizabeth O. Dulemba”